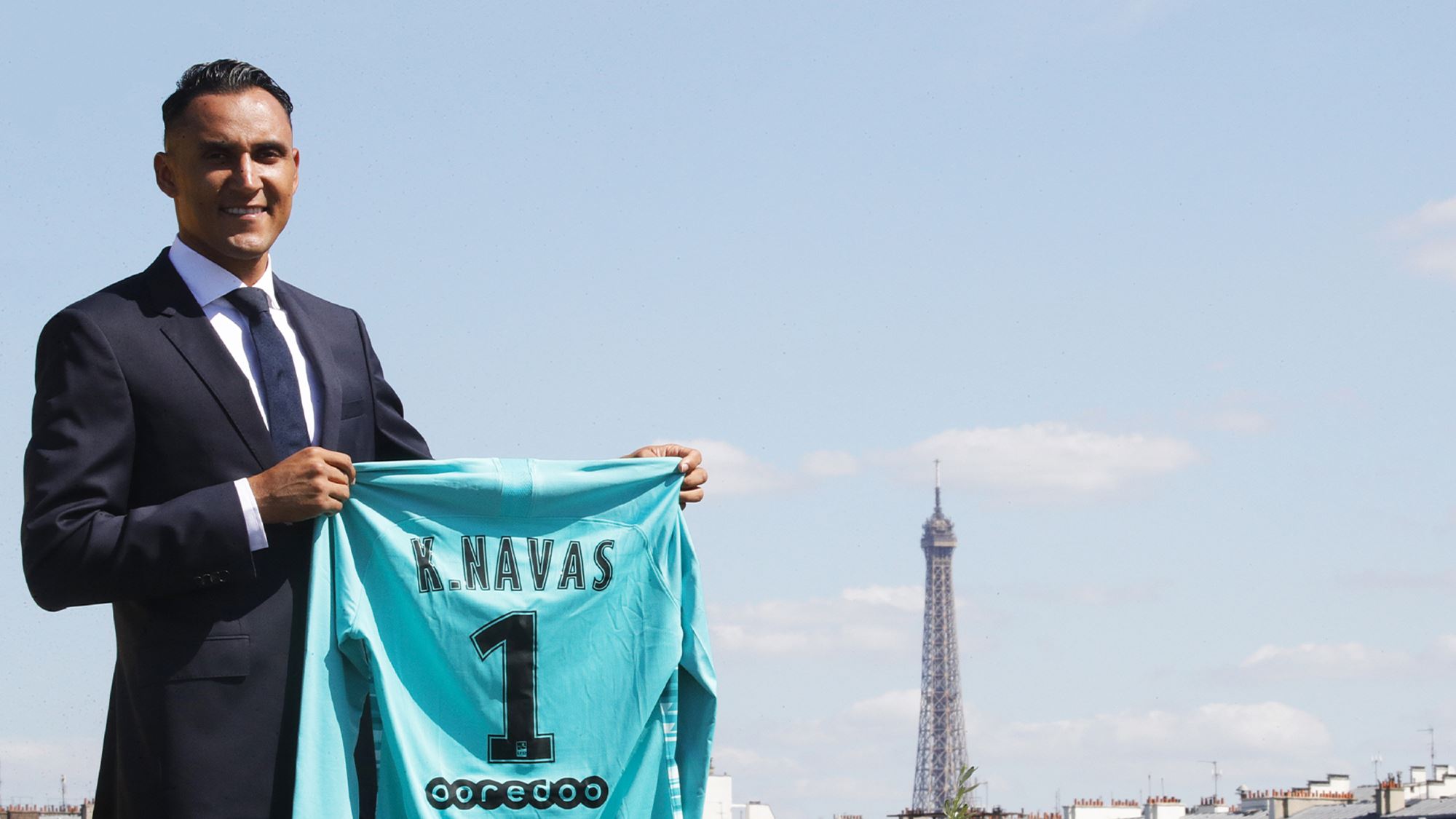 Real Madrid and Paris Saint-Germain have reached an agreement for the permanent transfer of goalkeeper Keylor Navas to the French club. As part of the deal, Alphonse Areola will join Los Blancos on a season-long loan.

The Costa Rican shot-stopper leaves Real Madrid after spending five seasons in the Spanish capital. Navas joined the Whites from Levante in the summer of 2014, after the club triggered his release clause of €10 million, on the back of an impressive World Cup campaign with Costa Rica.

The 32-year-old goalkeeper made his debut for Real Madrid on 23 September 2014, in a 5-1 victory over Elche at the Santiago Bernabéu. The following year, Iker Casillas left the club and Navas became the regular and first-choice keeper, inheriting the number 1 shirt. He became a key component of the squad that won three consecutive Champions League titles, and enjoyed plenty of success under Zinedine Zidane, including winning a historic double for the club.

In his five seasons at Los Blancos, he has played a total amount of 162 competitive outings as a Madridista and kept 52 clean sheets in the process.

Real Madrid purchased Thibaut Courtois before the 2018/19 season, which started the downfall of Navas’ career in the capital. The Belgian became the first-choice goalkeeper of both Julen Lopetegui and Santiago Solari. There were rumours of Keylor leaving the club after he fell out of favour and had lost his starting position, but he accepted the challenge and was keen to fight for his place with Courtois.

Zinedine Zidane named Thibaut Courtois as his first-choice goalkeeper for the 2019/20 season, which leaves the Costa Rican with limited playing time this season, as he would most likely only play in the Copa del Rey. Navas has again become unhappy with his role as a second-choice goalkeeper and has asked the club to allow him to leave and be a regular starter somewhere else.

Thanks for everything, and best of luck in this new stage of your career, Keylor!

Alphonse Areola is a 26-year-old French goalkeeper, and joined Paris Saint-Germain’s youth academy at the age of 15, signing his professional contract with the Parisians in 2009. Areola progressed through the ranks and made his senior debut for PSG in 2013. The following season he was loaned out to Ligue 2 side RC Lens, having been unable to play relevant minutes in Paris due to the first-choice keeper Salvatore Sirigu.

Further loan moves followed in 2014-15 and 2015-16 seasons, first joining newly-promoted Bastia and then making his appearance in LaLiga, joining Villarreal. Areola enjoyed a stellar campaign by keeping 15 clean sheets in 37 appearances, and only conceding 26 goals as the club ended the season in fourth place.

Following his successful stint in Spain, Areola made his return to the French capital and established himself as PSG’s first-choice keeper for the next 3 seasons, although he missed parts of the campaigns due to injuries, and constant downturns in form, facing a tough competition with Kevin Trapp. In total, he made 106 appearances for the Parisian side across all competitions.

Alphonse Areola has represented France at all youth levels, starting from U16 to U21 between 2008 and 2014. He was the hero for France in the 2013 FIFA U-20 World Cup, where he saved two spot-kicks in the penalty shout-outs in the final, to lead his nation to their first-ever triumph in the tournament. He received his first senior call-up by Didier Deschamps in 2015, although he failed to make the Euro 2016 squad, he was the third-choice goalkeeper in the 2018 World Cup, as France went on to lift the title. Areola made his national team debut in the opening UEFA Nations League match against Germany, where he kept a clean sheet and was named Man of the Match.