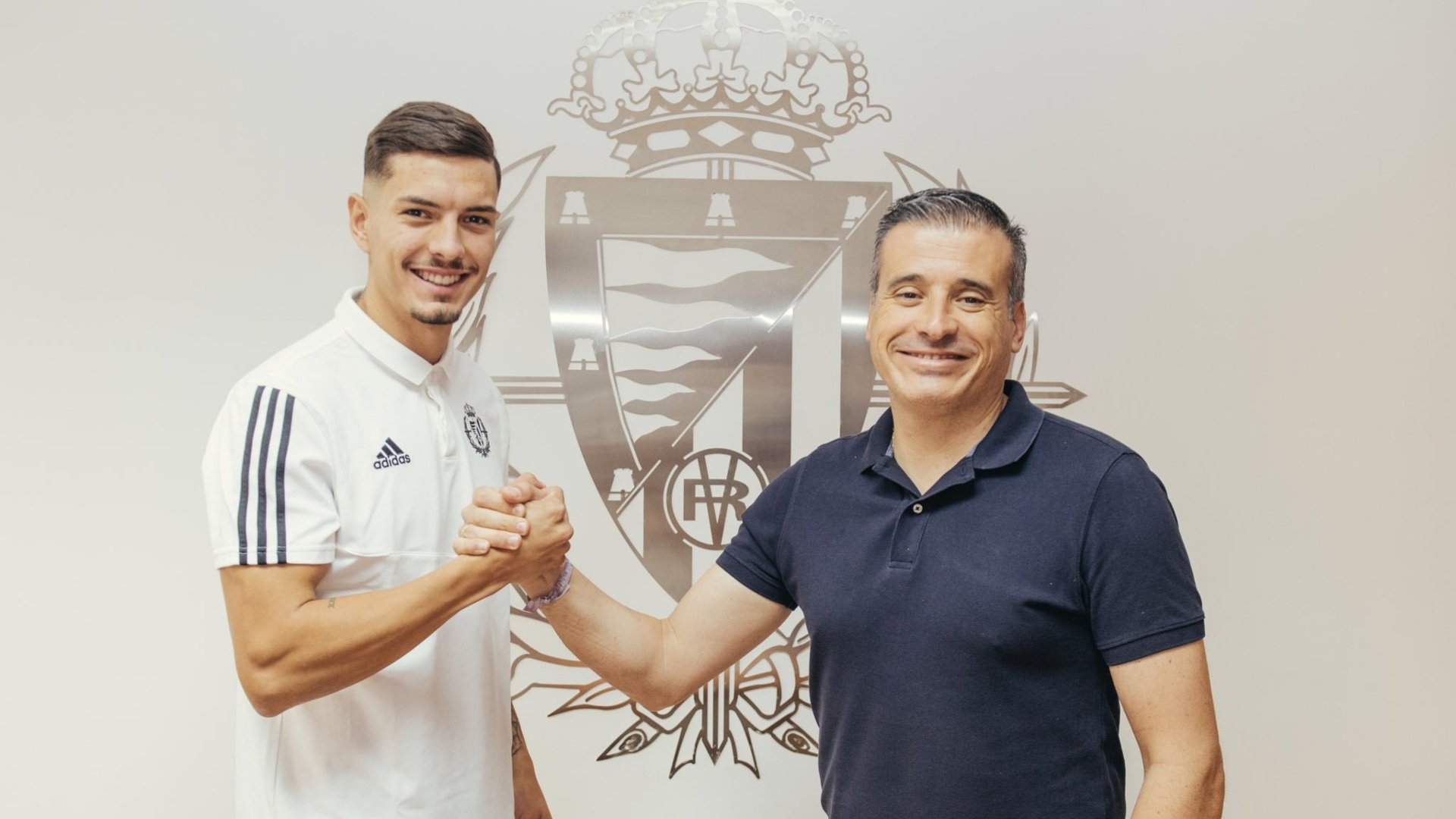 ✍🏻💜 Agreement signed with Real Madrid for the loan of the defender Javi Sánchez until the end of the season. Welcome!#pucela #RealValladolid pic.twitter.com/RxoChrYOsk

The 23-year-old joined the Whites’ academy at the age of seven and progressed through the ranks, before making his first-team debut last season, although he is regularly playing and spent the majority of his career for the Castilla side.

The central defender made his first appearance for the club when he started in a 0-4 win over UD Melilla in the Copa del Rey, partnering Sergio Ramos at the heart of the defence and performing well as we kept a clean sheet.

A week later he made his debut in the UEFA Champions League, coming on as a substitute in a 0-5 trashing away to Viktoria Plzen. His first LaLiga outing came in a 2-4 away victory against Celta Vigo coming off the bench. He scored his first official goal for Los Blancos in a 6-1 win over UD Melilla at the Bernabéu, the second leg of the tie in which he made his competitive debut.

Javi Sánchez made a total of 70 appearances for the club’s reserve side, Castilla, and netted 8 goals.

He will now continue his development in the Spanish top flight at Real Valladolid, which will provide him with much valuable and needed first-team experience. The Spaniard will join up with fellow Castilla team-mate Jorge de Frutos, who also completed a loan move to the Estadio José Zorrilla this summer.

James closer to staying than leaving

Zidane on Valencia, the win against Eibar, Bale & more