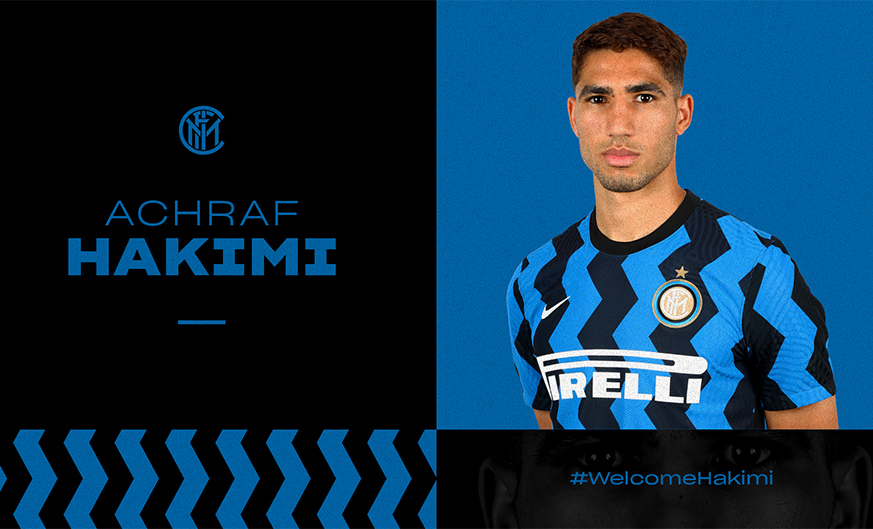 Now it is official — Achraf Hakimi has joined Inter on a 5-year contract until 2025.

The Moroccan international decided to not return to his boyhood club Real Madrid after his successful two-year loan spell at Borussia Dortmund. The 21 year-old grew a lot as a player in the Bundesliga and caught the attention of many big clubs over the past two seasons. Real Madrid was ready to welcome him back to the Spanish capital, but the right-back was unwilling to accept a secondary role behind first-choice right-back Dani Carvajal.

Hakimi was born in Madrid and joined Los Blancos at the age of just 7 years in 2006 and made his way through all the youth ranks of Real Madrid until he finally made it into the first team in 2017. The Moroccan made 17 appearances for Madrid and won the Club World Cup and the Champions League in the 2017/18 season.

He will now move on to join Italian side Inter where he’ll most likely play as a wing-back under Antonio Conte, just as he did for most parts of the 2019/20 season for Dortmund.

Real Madrid will receive a reported fee of €40M + bonuses.

We are wishing Achraf the best of luck for his new journey at Inter.

Zidane: “Bale can be a decisive player and I’m counting on him”