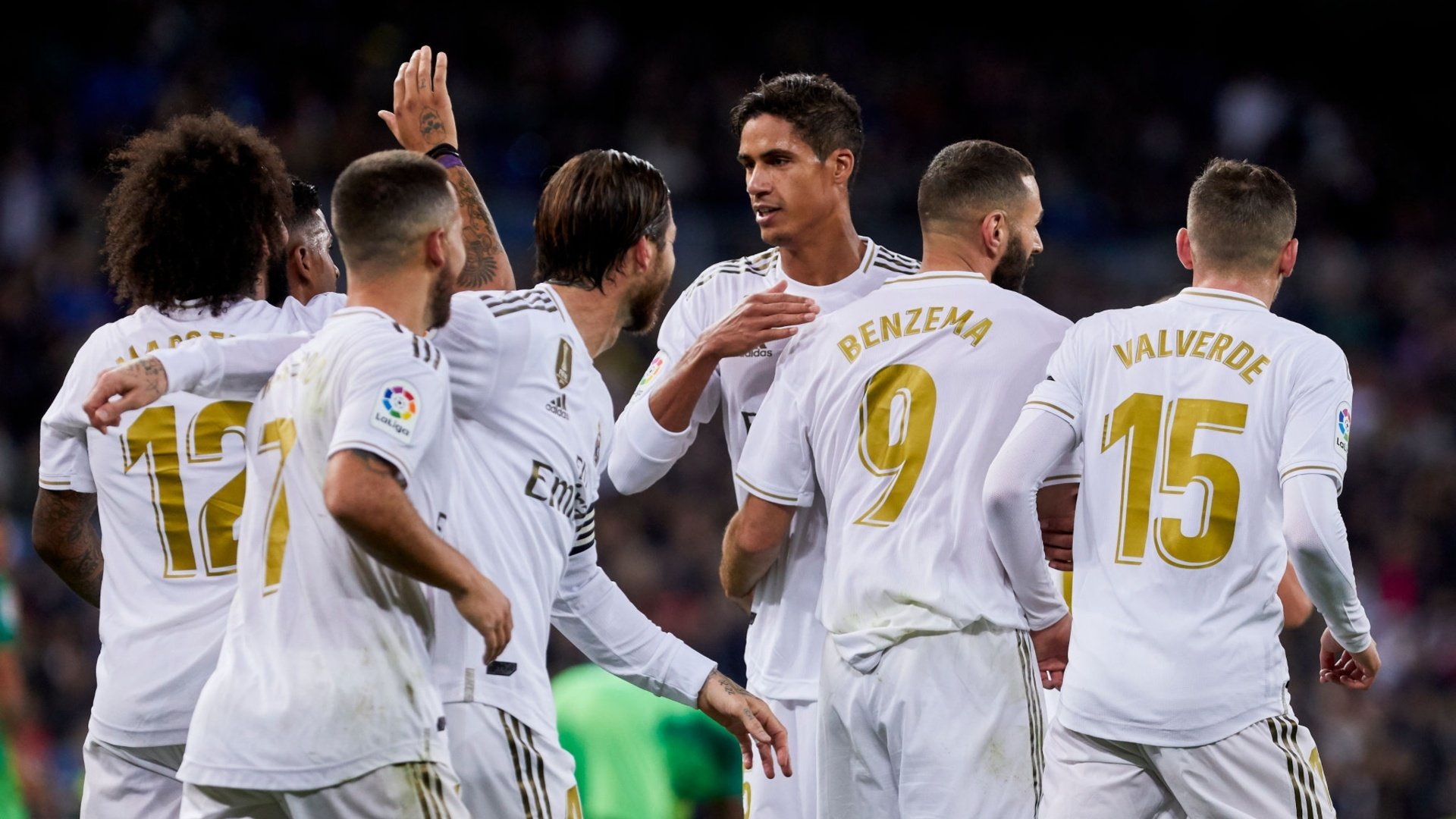 Photo by A. Ware/NurPhoto via Getty Images
Advertisements

We are finally in the month of the last international break of the year. Despite another two-week long halt to the league calendar, Real Madrid has plenty of action that you wouldn’t want to miss during November. We’re bringing you the entire schedule and here we go:

Zinedine Zidane will speak to the press ahead of Real Madrid’s first of four home games in the month of November. Real Madrid will take on Real Betis on the following day at the Bernabéu.

Los Blancos will take on Real Betis at the Bernabéu in an evening kick-off to start their month. This Betis side cannot be taken lightly at all as they have the perfect mixture of youth and experience in their team. Betis had beaten Madrid on Matchday 38 of the La Liga season of 2018-19.

A Real Madrid player will accompany Zidane for the pre-match presser ahead of the return tie against Galatasaray at the Bernabéu.

Real Madrid will take on Galatasaray in search of their first win in the Champions League at the Bernabéu in their four matches. Humiliating defeats to CSKA Moscow, Ajax and a dreadful draw against Brugge has kept the 13-time Champions winless in their last three games at home in their most favorite competition.

Zidane will speak to the press a day before Madrid’s only away fixture in the month of November against Eibar.

The Real Madrid squad will travel away from home to take on Eibar in their solitary fixture on the road in November. Every game in La Liga is crucial, even more so after Madrid’s terrible loss at Mallorca.

After the international break Zidane will be on the microphone before Real Madrid battle against Sociedad on the following day.

Real Madrid’s very own Martin Odegaard has stirred a storm in La Liga with his high flying Sociedad team. Make no mistake, Odegaard will come home with the intention of taking all three points from his parent club.

A day before the final fixture of the months, a player from the squad and Zidane will speak before the press with PSG on the horizon.

Real Madrid will finish the month with a blockbuster fixture against PSG. Real Madrid will just hope that they don’t repeat the shambolic performance they had in Paris. PSG will come to Madrid with a much better squad that annihilated Zidane’s men on matchday 1. While Neymar’s participation is not guaranteed, Mbappé is of course expected to dazzle the night in front of a crowd that desperately wants him in their team.

Real Betis: An option for Mariano

More than an artist, Modric ranks among the best midfielders ever

Zidane: “We improved today and put in a good display”