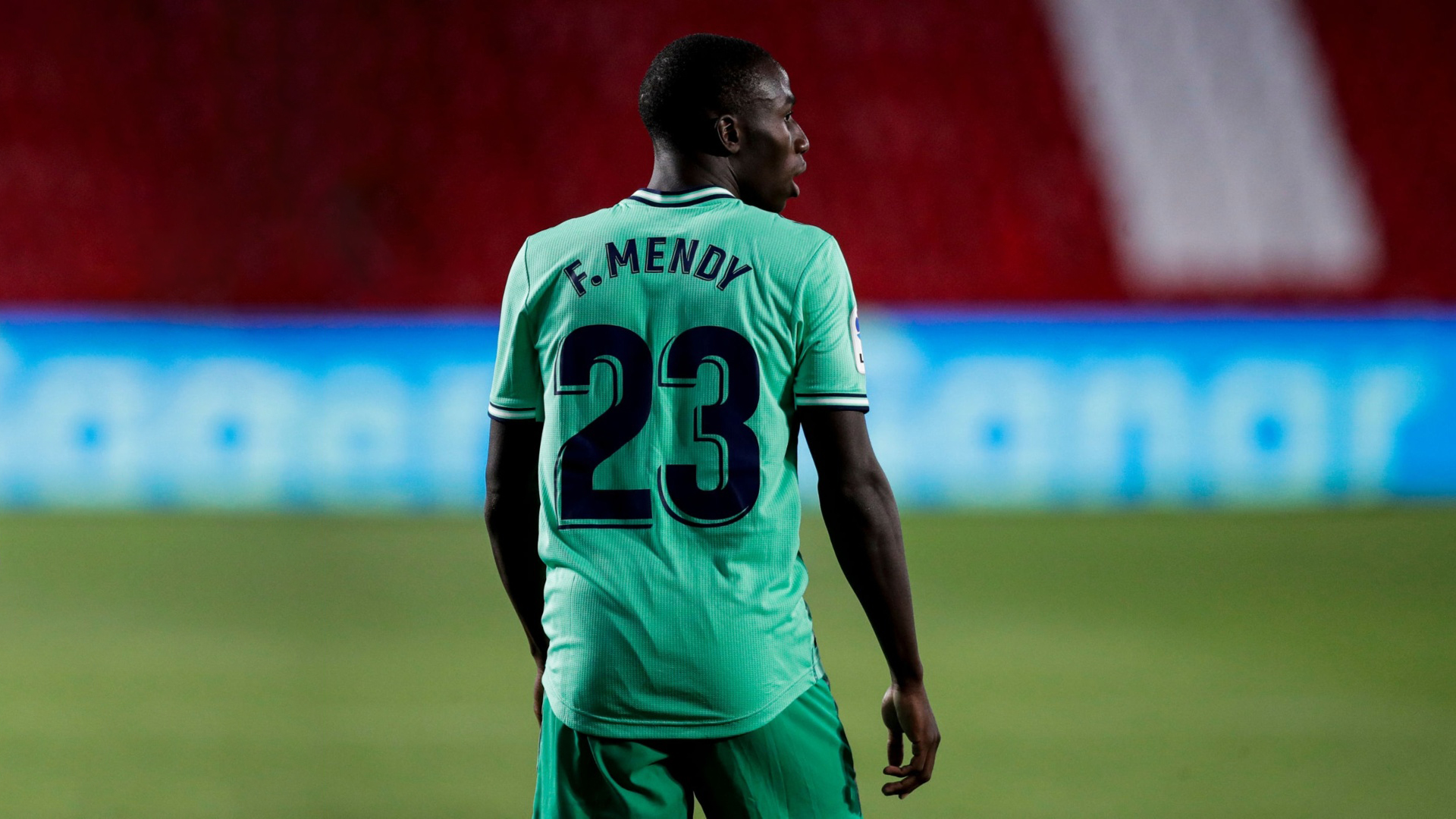 Before Real Madrid signed Ferland Mendy in June 2019, there were calls for the club to stick with Sergio Reguilon, a perfectly able academy product , who had impressed under Julen Lopetegui and Santiago Solari. But Zinedine Zidane came back with a clear idea and intent, and as Lyon president Jean-Michel Aulas revealed, the Frenchman was a big reason for why Mendy chose the Santiago Bernabeu over other possible destinations:

“Florentino Perez and I are very good friends, and this always influences negotiations. But it was at Zidane’s personal request, yes. When he called Mendy, he couldn’t resist.”

And it indeed proved to be a masterstroke. With Marcelo’s gradual decline in fitness, and Reguilon’s youth, Zidane’s choice has manifested into one of the most important signings Real have made in years, and ranks among the top signings any team around the continent made heading into the current season.

Zidane himself is pleased with what the former Le Havre player has been producing:

“The transfer of Mendy was my request to the club, and him doing well doesn’t surprise me. He’s very talented and young.”

It’s a new dawn of left-backs, and Mendy is certainly one of the best around. In Europe, you could argue he’s among the top three, alongside Bayern Munich’s Alphonso Davies and Liverpool’s Andrew Robertson, ironically, all three could end as champions of their respective leagues, with all three playing a huge role in the system of their coaches.

Statistically, Mendy at Madrid has been as impressive, if not better than his final season in Ligue 1. The Paris Saint Germain academy graduate was a different player to what he is now, but perhaps that’s just the surroundings, and adapting to the biggest club in the world, with the pressures associated to replacing a legendary club servant like Marcelo.

In comparison to his two main rivals, one statistic is particularly striking for me, and for my guest in this column. For a position like right-back or left-back, the first and foremost task is for them not to lose their player, who will spend all game, running at them, attempting to beat them with pace, trickery, power, or a combination of all three.

Therefore, a stat which shows how many times these three are dribbled past, is one of the most accurate ways of measuring their defensive competency. Robertson has been dribbled past 1.0 times per game, over 33 Premier League matches, while Davies, is dribbled past 0.7 times per match, over the course of 29 Bundesliga games. In comparison to both, Mendy has played 23 La Liga games, with two still remaining, and per 90 minutes, he gets dribbled past 0.2 times. Do you realise how ridiculous that is?

Mendy is the best defensive full-back on the planet right now, make no mistake about it. His arrival has ushered in a new way of playing under Zidane, with solidarity being the focus, in the absence of goals. And it’s no coincidence that in Mendy’s first season, Los Blancos are enjoying their best defensive season in over three decades. The issue with Marcelo has always been his defensive work, because when the Brazilian ventures forward, Sergio Ramos is usually required to fill in for his teammate, that then forces a chain of players being out of position, leaving spaces for opponents to penetrate the lines of Madrid. That has rarely happened this season. In fact, Mendy’s reading of the game has helped his side a lot this campaign, the Frenchman is so good at recovering his lost position, and is quick to smell danger. His intelligence has been an asset, and has been pivotal to the league title which Madrid are closing in on.

The area he has to improve is in attack, and he has to contribute to Madrid’s build-up play and big chance creation a lot more next season. However, he has already shown positive glimpses since the resumption of football, and his decisive performances demonstrate it’s a matter of when he’ll start contributing offensively, and not if he will.

So, I sat down with one of Mendy’s earliest admirers, Clinton McDubus, otherwise known as @Cerebrone on Twitter, to ask him about the player’s journey to Madrid, and how he feels the 25-year old is settling in at the White House:

When was the first time Ferland caught your eye?
“Lyon versus Monaco some years ago, 2017 I believe. It was a game in which Nabil Fekir scored twice including a winner at the death. Ferland assisted the first Fekir goal with a really smart pass, and generally looked solid. He looked defensively sound and got past players with ease going forward. I also noticed his speed which gave him a big advantage.”

Your favourite performance of Ferland in a Lyon shirt?
“It has to be Lyon’s UEFA Champions League game against Barcelona, because of the stakes and how the result turned on its head as soon as he came off injured. My other pick would be the home game against Nice in 2018/19, where he was so good.”

What stood out about that performance?
“It was how key he was for Lyon’s plan that day, both offensively and defensively at the same time. Barcelona literally couldn’t attack down his side so they focused on the other side. Meanwhile, Lyon’s attacks were being channeled down his side. Barcelona also couldn’t really counter attack either. The score was 2-1 and Lyon were battering Barca, and getting closer and closer to equalising. As soon as Ferland got injured, Lyon fell apart. The visitors tore them to shreds on the counter and the game went from 2-1 to 5-1 within eight minutes.”

Do you think he has changed since arriving at Real Madrid?
“Yes, I think he has become more disciplined tactically. He’s also become a lot more consistent. Lyon as a team were never consistent and seemed to choose games when they turned up to with their best form. He had that syndrome too. Now, he’s showing the weekly consistency that he lacked before.”

Why do you think it’s taking him a while to adapt to his attacking game that we saw at Lyon?
“I think it has to do with Madrid’s focus on defensive solidity this season. Their attack hasn’t improved so their defence has carried them. Zidane has recognised that this is where the team’s strength lies. I think Ferland’s increased tactical discipline and having to come to terms with a better structured team has come at that cost.”

Potential to be the starting left-back for France?
“He should be a starter at this point. He’s clearly the best left-back in world football now. Add to that, Lucas Hernandez hasn’t really had a great time at Bayern Munich.”

How impressive are his defensive stats so far at Madrid?
“Mighty impressive. It’s near impossible to get past him. In terms of ground duels, he’s irresistible. Even aerially, he’s competent. Basically, if you want to know what a fullback’s defensive numbers should look like, just look at Ferland’s.”

What more would you like to see from Ferland on the pitch?
“I would like to see him contribute more in attack. In these times, full-backs are expected to be very influential going forward. His big chance creation still needs a lot of improvement, hand-in-hand with his crossing. He definitely needs to work on that part of his game. Marcelo, who he is replacing, was heavily influential for the peak of Real Madrid in attack. Ferland has to make sure that Marcelo isn’t missed in the coming years.”

Can he become as effective for Madrid as Marcelo?
“Ferland is defensively a monster, a lot better than the best of Marcelo when it comes to that. In attack, he pales in comparison. Marcelo was way too good on the ball, in his prime. I don’t think Ferland will ever be the level of Marcelo on the ball, but I think he can be equally as effective if he uses the tools he has properly. He can be devastating.”

Zidane: “We are happy because we’re top of the table, but we want more”

At what point do Real Madrid give up on Asensio?