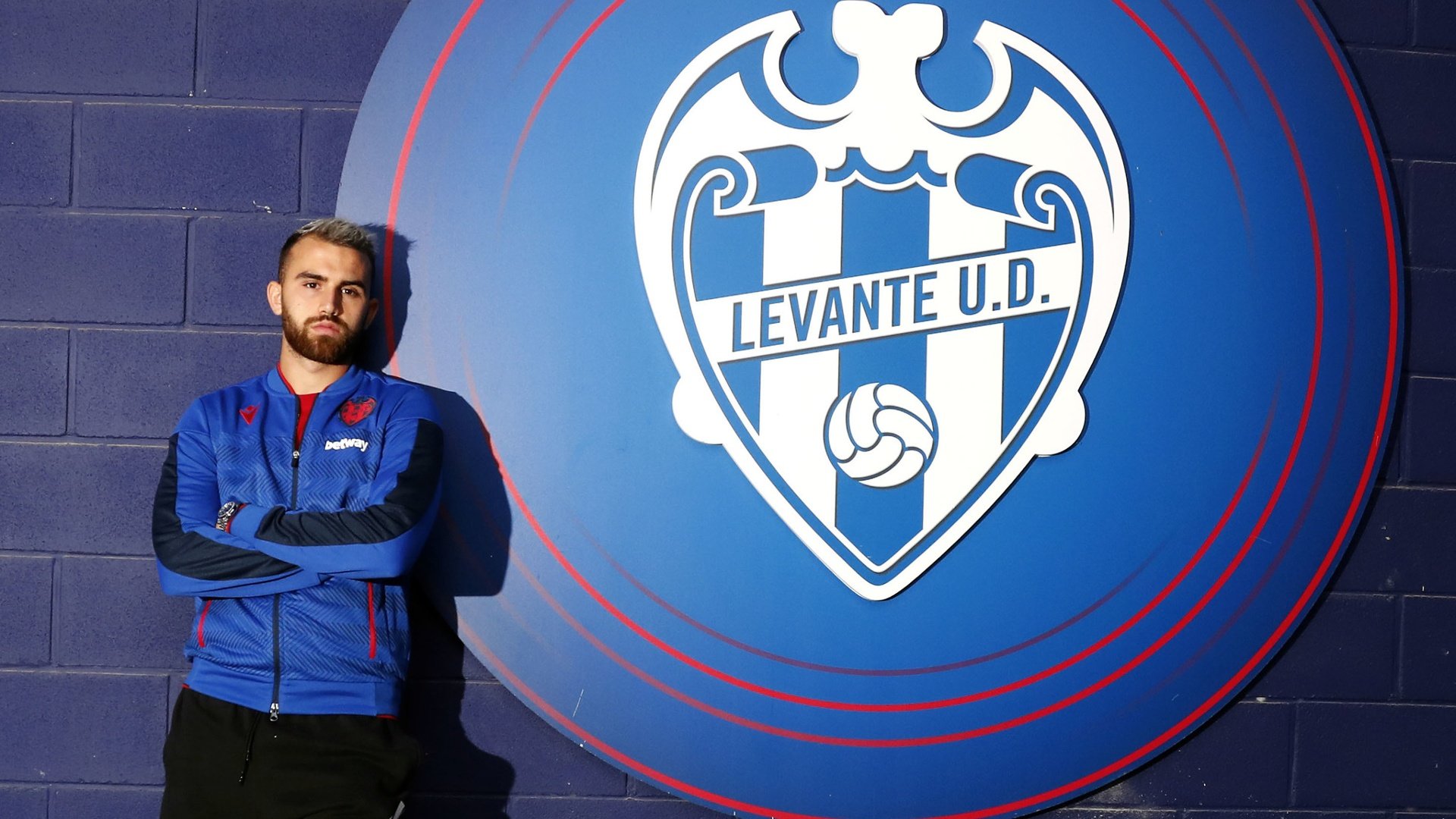 Borja Mayoral, who is currently on loan at Levante from Real Madrid, gave an exclusive interview to MARCA ahead of Saturday’s clash at the Santiago Bernabéu. The 22-years-old striker will face his parent club for the first time in his career, after Los Blancos abolished their policy of not allowing players loaned to other teams in Spain to appear against them.

Mayoral admitted that although he belongs to Real Madrid, he wants his current team Levante to win, and insisted that he won’t celebrate if he scores on Saturday. The loanee also expressed his desire to be Real Madrid’s first-choice striker in the future.

“Yes, it’s clear. It is a special game for me, I have been fortunate enough to be in the first team for a year and play at the Bernabéu in the white shirt and now I go in the shirt of another team with great enthusiasm. We go to the Bernabéu and with LaLiga being as it is, this has changed a lot and it is not like before when it was more difficult to go to this type of stadiums. Everything has changed, every game is a world and anything can happen.

“Real Madrid is hugely demanding. Especially the fans, and they are free to give their opinions. And we already know how Real Madrid are. When a team goes there and they are comfortable, in addition to [Madrid] feeling uncomfortable, the fans do not stick by them and that is better for the visitors. But we know that it is Real Madrid and the potential they have, as the players have recovered. We are also confident and that’s important.”

“It goes through your head. I am a striker and it comes to my mind in this and in all matches. It is more special because it is Real Madrid but if I score I won’t celebrate it. Of course, a goal is always special for me.

“Yes, I scored wearing the Madrid shirt but now I will go there wearing another shirt. You never know. It is special for me, but I defend the Levante shirt this year and if I can score I will do it.”

“The truth is that I don’t know what happened. Honestly, it was down to the club. Years ago, they wanted the loanees to not be able to play against their parent club, but I already said that it is a little bit nonsensical and that it is better to play against all teams so as not to hinder the pace of competition. I’m excited to play. It is a resolved issue.”

“Well, that depends on what the opponent requires. Real Madrid are a very offensive team and we are too, but going to the Bernabéu is going to be a bit more difficult and we know that we have to be closer together and focused on defence, but above all united and have patience as we are going to suffer. They will want to give their fans their first league victory at home. We have to take advantage of the counter-attacks because we have very fast people upfront.”

“In the end, it is good for me that Real Madrid are loaning me out and do not want to let me escape so fast. I am very young and I have a lot of potential for the future, so I want to get experience and minutes to become a man in LaLiga. Making it at Real Madrid is very difficult for young players. We are seeing it in recent years and what I have to do is to train season by season. Hopefully, in a few years, I can be Madrid’s No.9.”

“last year everything happened very fast and, in the end, I started pre-season with Real Madrid. I talked to the club and the coach and they were convinced that I was going to stay. They told me that I had to stay, I realised that I had to be at Madrid one more season, but in the end, Sevilla’s interest in Mariano happened [causing Madrid to sign him] and I had to leave. I would have liked to have left earlier because pre-season is short and it is not the same to start with the team after the season has started. Julen told me that, in the end, I could go and I was very lucky. With Zidane I didn’t have a chance to talk. I did it with the club but I imagined it as I’m not stupid and I wanted to start quickly with my team. This season will surely be much better.”

“The big teams have not started very well, bar Atletico Madrid, who have won games very late as against Leganes or even after going two goals down against Eibar. They are teams that are always up there but everything is very tight. Madrid have not started very well but every season they start more or less the same. I hope and wish that they do better after our match if it’s possible and we know that they have a lot of potential and they will surely be better.”

Kroos: It’s tough to reach the level where Zidane left us