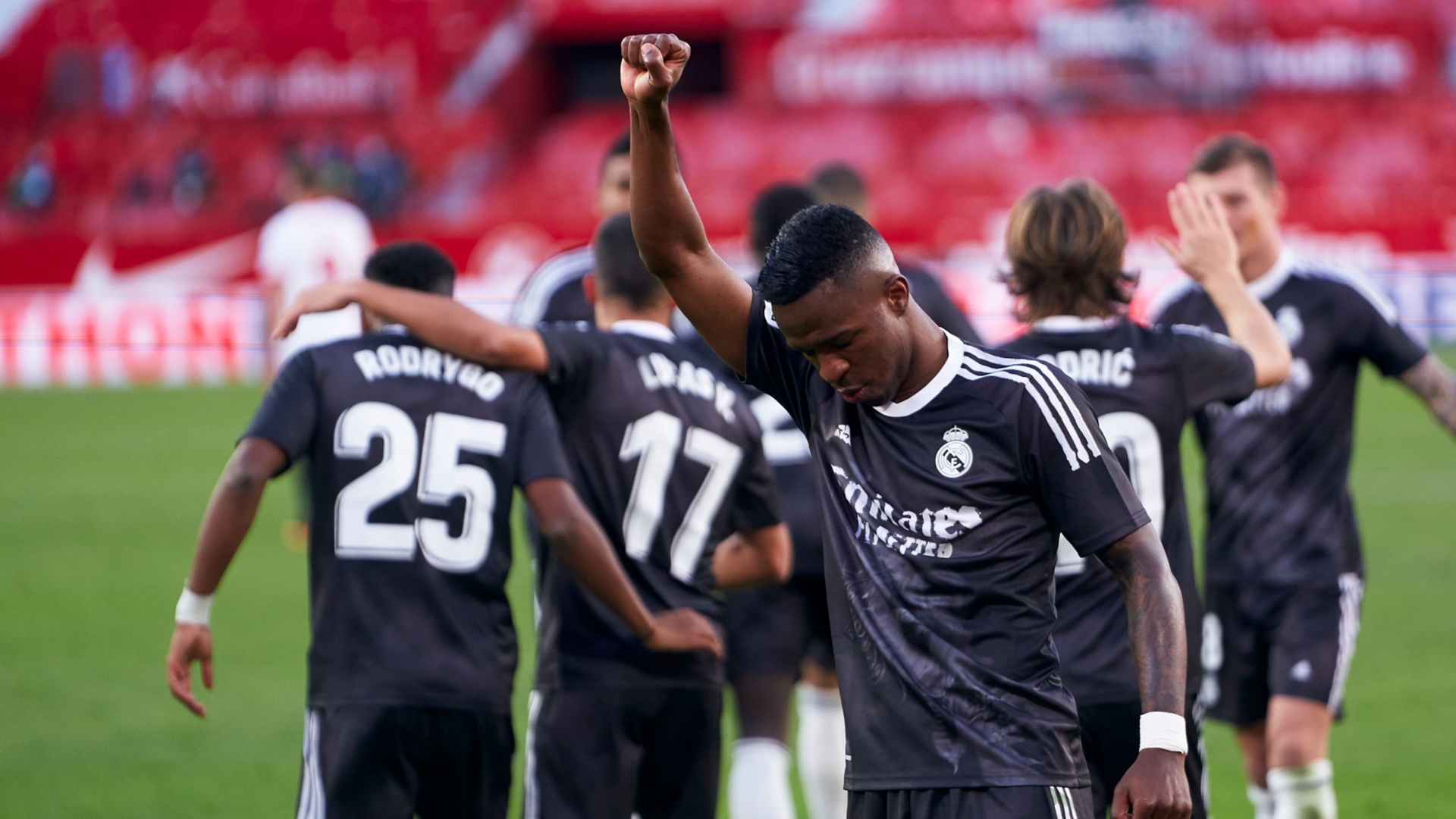 Real Madrid bounced back from consecutive defeats to record an absolutely crucial 1-0 win away at the Ramon Sanchez Pizjuan stadium in Seville. It’s the first time the capital club have won back to back league games away to Sevilla since 2011.

It was the stuttering visitors which came out of the blocks faster, and looked to grab the match by the scruff of its neck. The first chance fell to Vinicius Junior in the opening minute. His countryman Rodrygo Goes picked him out, and a glimpse of nice movement from Vinicius earned him a shooting opportunity, though his first touch made the angle tighter.

Another chance then fell to Vinicius soon after. Sevilla’s goalkeeper Bono had a difficult start to the game, and when Vinicius charged the keeper’s clearance down, the deflection looped up, luckily Diego Carlos was on hand to head it back to Bono, but when he dropped the ball, Vinicius may have been more alert to a potential error, and would have had a tap-in.

The third decent chance for Madrid in the opening 12 minutes was then scuffed. From a loss in possession by Sevilla in the middle of the park, Karim Benzema had acres in front of him, and the two Brazilians either side, in a three vs two situation, but the Frenchman’s passing radar was clearly off and the move frustratingly broke down. Toni Kroos then had a whip from the edge of the box, his shot narrowly going wide of the far post with Bono at full stretch, in what was an absolutely dominant opening 25 minutes, but a reoccurring theme as far as Madrid go this season – control, but zero penetration.

Without any serious danger to Thibaut Courtois, Madrid continued committing men forward. Nice play from Lucas Vazquez saw the make-shift right-back cut the ball across the box to Vinicius, who’s dummy step-over allowed the ball to roll into Benzema’s path – Bono making a big save to deny Madrid the opener in a half that was all the visiting side.

The defending champions got what they deserved in the second, just before the hour mark. Ferland Mendy has struggled going forward in recent weeks, but the French left-back crossed the ball in for Vini, who gambled and got a toe on it, but his toe-poke eventually deflected off Bono and into the back of the net, an easily avoidable goal to concede for Sevilla.

Julen Lopetegui then made a triple change to give Sevilla more presence in the box, in the wide areas and in midfield, with a change of formation too. And it nearly produced something, as one of the substitutes sparked into action. Suso came the closest to any to an equaliser, lovely footwork as he left Lucas and Kroos for dead, and had his curled attempt kissed the top corner, it would have been a goal that even the late-Diego Maradona would have applauded.

There was one final moment for Sevilla to strike back, but Courtois was alert to keep out an acrobatic effort from an unusually quiet Lucas Ocampos. And Madrid may have doubled their lead too, but on the counter-attack, Vinicius chose the wrong pass with plenty of other options available, which may have led to doubling Real’s lead.

Nevertheless, a massive win for Real in the circumstances, and they move up to third in the table, four points behind the current pace-setters Real Sociedad. The decisive fixtures don’t end though, December isn’t getting any easier for Zidane.

Toni Kroos: The machine and the enigma

The end: Bale returns to Tottenham after seven years at Real Madrid