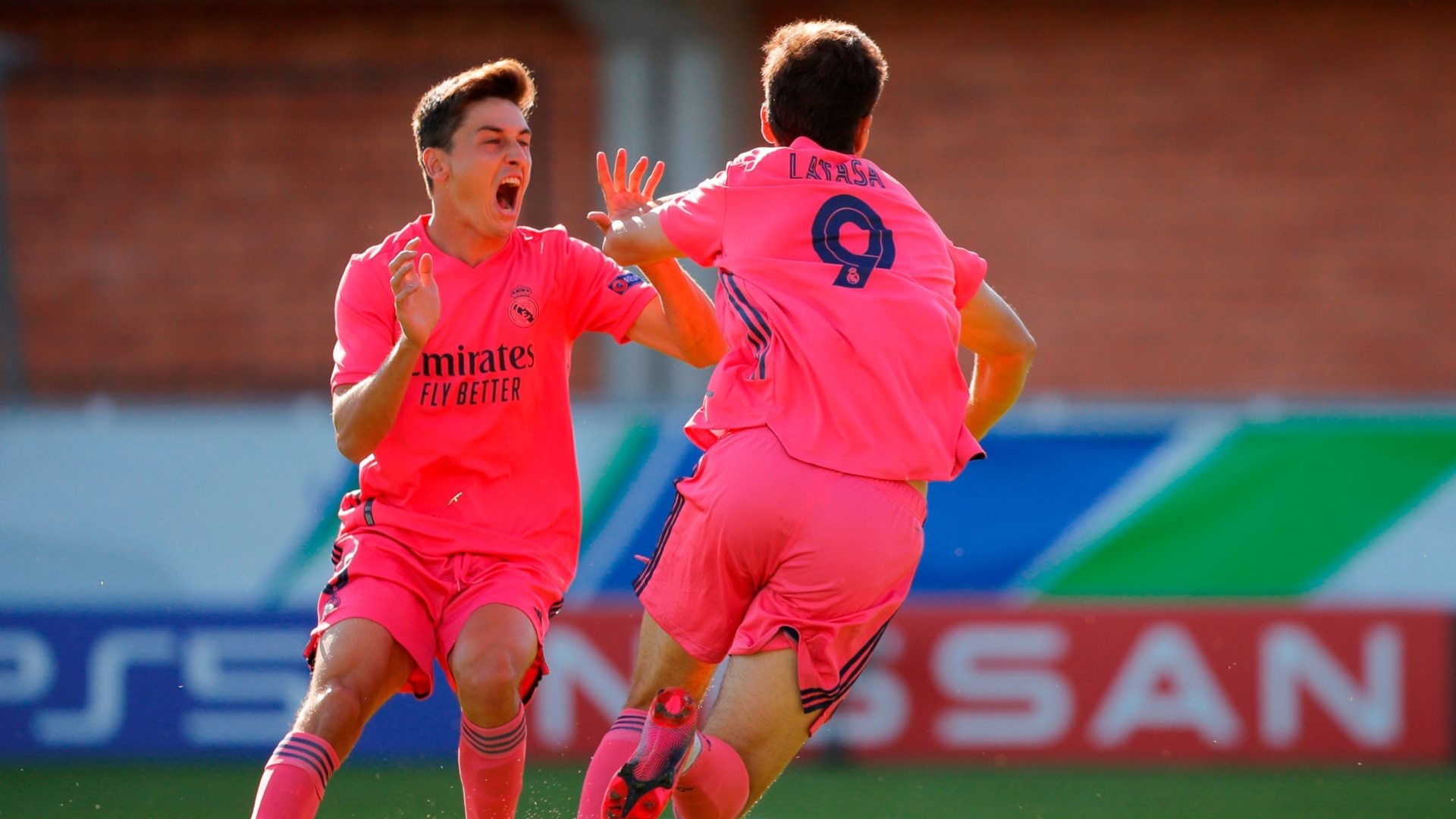 Real Madrid’s U19s have reached the UEFA Youth League final for the first time in the club’s history, following an impressive 2-1 semi-final victory over Salzburg U19.

Head coach Raul Gonzalez made just one change to the team that beat Inter Milan 3-0 in the final four, as Carlos Dotor came in for Pablo Rodriguez.

The Austrian side came into this contest as the tournament’s highest scorers with 27 goals, five more than what Madrid have managed. The key danger man was Chukwubuike Adamu, who scored a hat-trick against Lyon to ensure Salzburg’s progression to the semis.

But the first half, was largely all the Spaniards. A horrible back-pass by central defender Bryan Okoh didn’t reach anywhere near goalkeeper Daniel Antosch, and instead it was Marvin Park who ran onto it, taking it past Antosch, before teeing up Juanmi Latasa for the opener with less than five minutes played.

Madrid had clearly settled the better of the two sides, another defensive error had Sergio Arribas in on goal, but the midfielder’s left-footed effort across the face of goal could only clip the post on it’s way out.

Marvin Park had been causing issues for Salzburg in the opening 10 minutes, and the right-winger again opened up the Austrians, this time his cross was headed over by Arribas, when Latasa, who was arriving behind Arribas, may have had the easier finish.

Throughout the Youth League, Salzburg’s average possession has been 45%. They are a side which usually don’t dominate possession, and have also exceeded and overachieved with regards to their xG (expected goals) this year. But they’re efficient in front of goal, and that’s how they make the difference.

Down the other end, Raul’s men didn’t stop creating openings, and at the half hour mark, the lead was doubled. Park with a delightful back-heel, feeding it into the path of Miguel Gutierrez, who’s right-footed attempt on target deflected off David Affengruber past a helpless Antosch.

At the end of the half, Salzburg probably should have had a penalty. Madrid’s keeper Toni Fuidias appeared to have fouled Adamu, though the referee didn’t give it much thought.

In their previous 18 Youth League matches across a number of editions, Madrid have only kept three clean sheets, and although they’ve been tighter at the back in recent fixtures, they still are vulnerable.

That was evident early in the second half, as Salzburg wonderkid Karim Adeyemi decided to take things into his own hands, with a scintillating run from inside his own half, before Sergio Santos tumbled into him to concede a penalty – Luka Sucic tucked it away, to spark life into the contest.

It was now an end-to-end match, Miguel nearly turned provider immediately after the Salzburg goal, his perfectly weighted pass picked out Dotor, who headed over the bar when it looked easier to score from the center of the box.

Salzburg enjoyed plenty of the ball in the Madrid half as they looked to get an equaliser, but the Spaniards have held firm. Already with a goal to his name, Sucic had a pop from distance, which Fuidias saved, but pushed straight back into the danger area, fortunately, Madrid weren’t punished from it.

And after three semi-final appearances, Madrid have finally reached the showpiece in the seventh edition of the tournament, a chance to make history awaits against two-time runners-up Benfica on Tuesday.

James: “There are some people at the club who decide a lot and I can’t do anything”