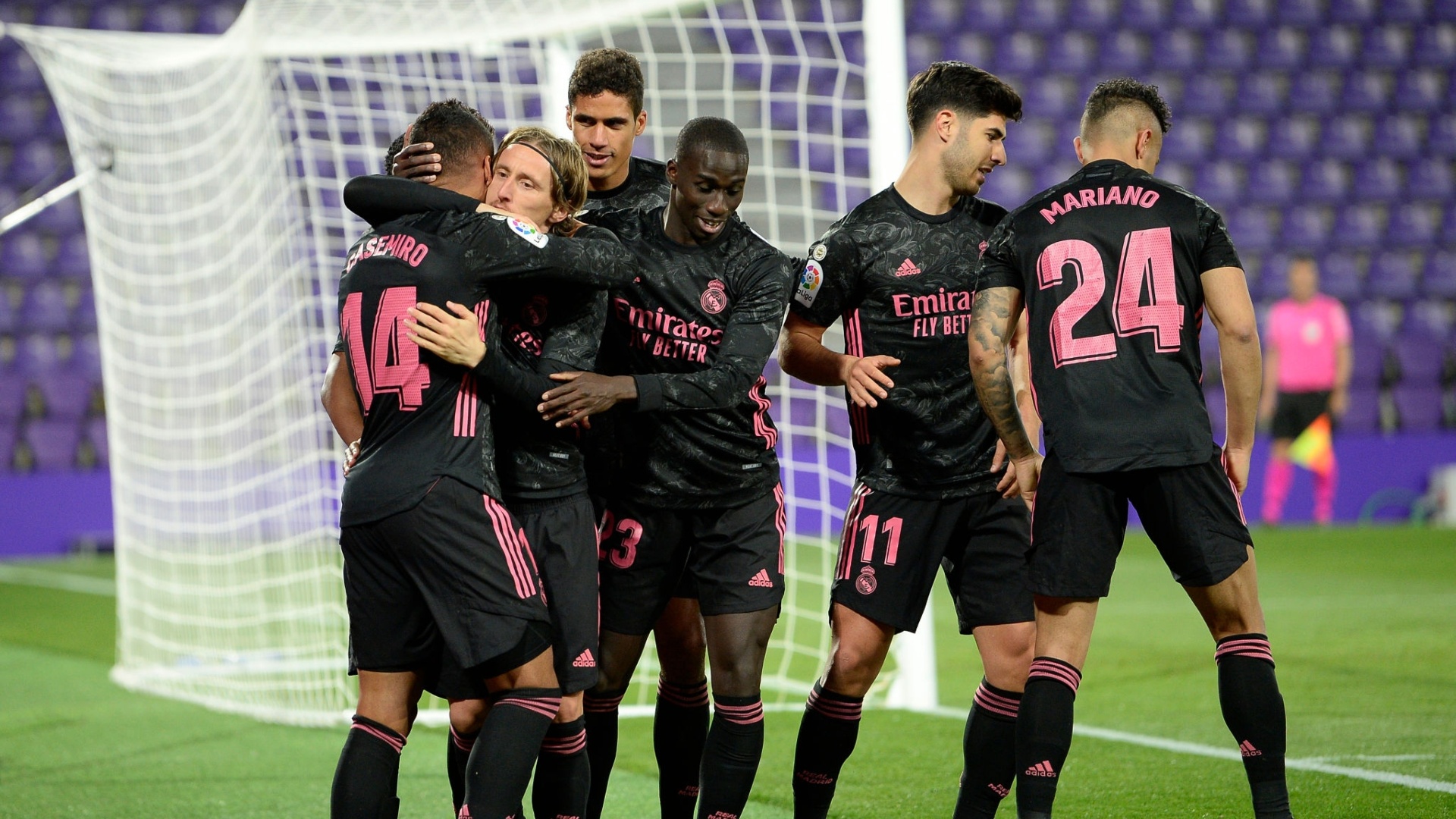 Real Madrid have reignited the league title race, but had to suffer in order to do so, as they beat Real Valladolid 1-0 away from home to reduce the gap to three points at the top of the table.

Knowing Atletico Madrid had lost 2-0 to Levante earlier on, the mission was a simple one for the champions, get the job done, and cut the lead at the summit. But the injury decimated visiting team were on the back foot from the outset. Thibaut Courtois so often bails Madrid out of sticky situations, and he was needed early on to first deny Sergi Guardiola and then Saidy Janko from point-blank range. A huge double save within the opening seven minutes as the defending champions looked shaky.

Mariano Diaz was handed just a third start in two seasons, and he had the goal in the back of the net, but was flagged for offside. Eight minutes later at the half hour mark, he scored again, this time Luka Modric played him through, but the extra keen forward was leaning offside once more.

Real’s game-plan was pretty bleak, and they were struggling to break through. So their alternative way of trying to damage the hosts was to go for short corners, and they did catch Valladolid out a number of times. Ultimately though, the final delivery in the final phase was in general poor and blunt from Zinedine Zidane’s side.

That was until they were gifted a golden chance. Goalkeeper Jordi Masip made an error by handling the ball outside the box, which gave Madrid a free-kick. Toni Kroos whipped it in fast and flat, and Casemiro had a free header which he put over the bar.

Straight after half-time, the Brazilian missed another free-header. This time it was further out, but it was from a Kroos corner, but to the surprise of his teammates, Casemiro missed the target completely.

When Lucas Vazquez’ left footed effort tamely fell into the diving grasp of Masip, Madrid registered their first shot on target after 51 minutes against a team which kicked off in 17th place and without a win in their previous six league clashes. Madrid were poor and lacked penetration, a theme of the season.

Before the hour mark, the hosts could and should have been ahead, two brilliant chances. Ferland Mendy attempted a cross the field switch to find Vazquez, but instead his weak-footed pass landed in the middle of the box for Fabián Orellana to hit first-time, forcing a big reflex save from Courtois.

And then Nacho Martinez was inches away from picking Kike Perez out at the back post with a lovely pass, but it was crucially intercepted by Nacho Fernandez to keep it goalless for Madrid. How crucial was that interception? Kroos had a free-kick three minutes later, this time Casemiro had a run at the cross, and this time he would score to become Madrid’s second highest scorer in the league this season. It was also the eight set-piece Los Blancos have scored this campaign, the highest in the league in that regard.

Sergio Arribas should have sealed it 13 minutes from time, but the Real Madrid Castilla player just couldn’t get any touch on Mendy’s marvelous cross into the box, all it needed was any type of connection. They weren’t troubled too much at the end though, and hung on for the three points.