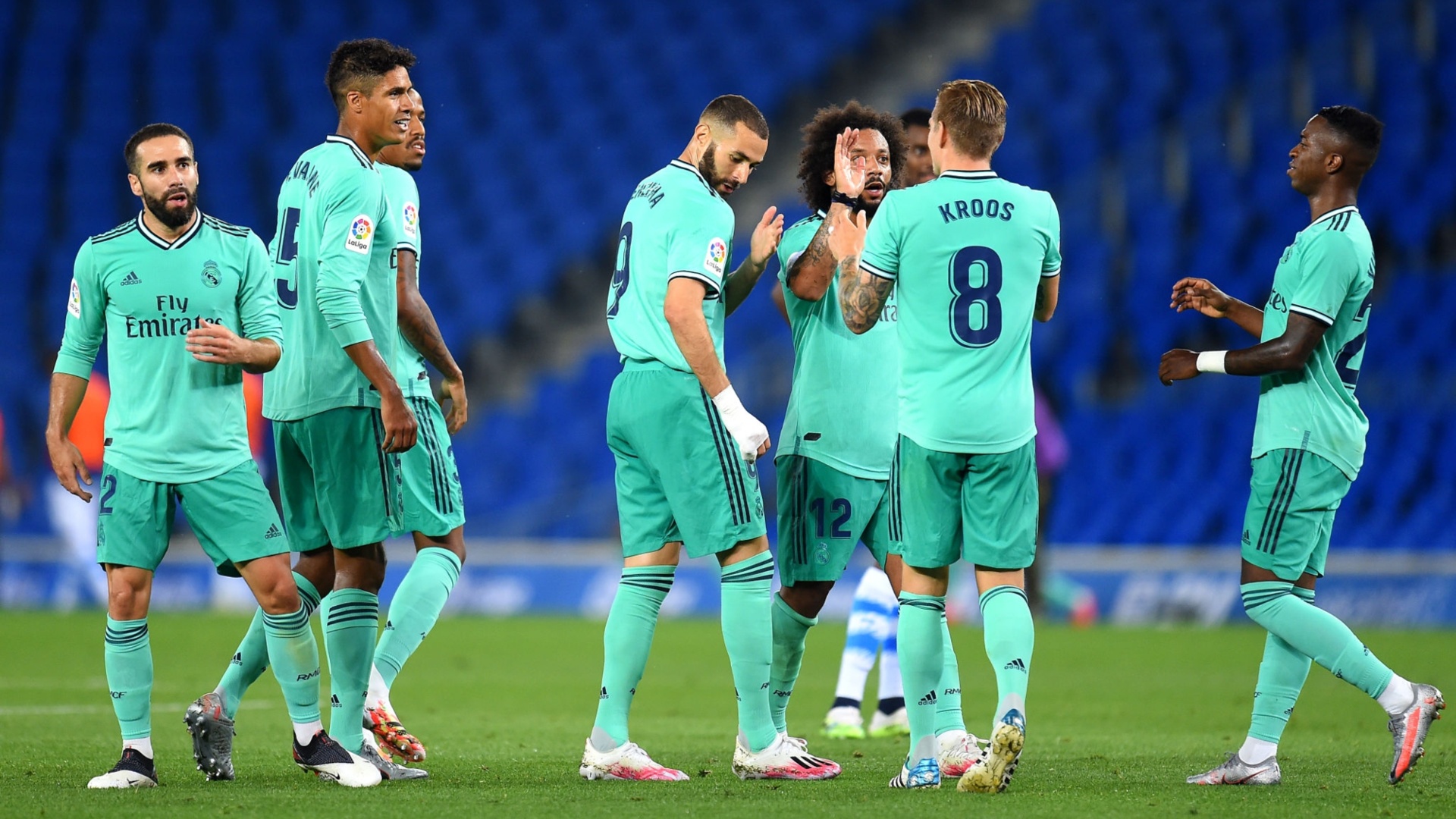 Real Madrid survived a late surge from Real Sociedad to close out a tense 2-1 victory, to return to the top of the table after clinching all three points in a game which had plenty of controversy.

There were surprises in the starting line-up as Zinedine Zidane selected James Rodriguez for the first time in eight months, and Marcelo was picked ahead of Ferland Mendy. With Vinicius Junior on the pitch, Madrid always had an outlet, and first opportunity fell to him in the opening minutes, but the teenager stabbed his attempt wide.

The hosts had been struggling for rhythm coming into this one, and it didn’t look like improving. It was cagey, as Madrid didn’t allow Sociedad to break any lines or make any overlapping runs, and Casemiro was key to the visitors standing firm – even though, he picked up a booking within the opening half hour which rules him out for Madrid’s game against Mallorca in midweek.

Vinicius and Karim Benzema had one more attempt each before the break, both saved, but the two teams went into half-time needing a lift in intensity and ideas.

Immediately after the break, as it usually does, it appears Zidane’s talk worked. Marcelo’s pass played in Vinicius, who rode a few challenges before being tripped by for Madrid man Diego Llorente in the box.
Penalty given, penalty converted by Sergio Ramos – who in process became the defender with the most goals in the history of La Liga, overtaking Barcelona’s Ronald Koeman.

That was just the start of a controversial and decisive phase. After scoring, Ramos had a clash of knees in his attempts to keep Alexander Isak out, and Madrid’s captain needed replacing. His exit brought new life to the hosts. Adnan Januzaj made an instant impact from the bench himself, and from a short-corner, the Belgian smashed in for what appeared to be the equaliser. It was ruled out immediately by VAR though, as Mikel Merino was obstructing Thibaut Courtois, while standing in an offside position.

Immediately down the other end, Federico Valverde transitioned efficiently and his run to the byline was followed by a dink to the back-post, were Benzema controlled and doubled Madrid’s lead. It too went upstairs to the VAR room, but the result was that the Frenchman used the upper part of his arm, therefore the goal stood. Much to Sociedad’s frustrations.

But it wouldn’t be a decisive La Liga clash without some late drama, and when Merino smashed home after Dani Carvajal got out-jumped by Willian Jose at the back-post, it set up a thrilling final 10 minutes. Some smart substitutions from Zidane allowed Madrid to safely get over the line, but not without a scare. And once more, not without highlighting yet another unnecessarily risky starting line-up by Madrid’s head coach, when the title is on the line.

Up next for Real Madrid

Zidane: “I’m sure we’ll have a really good season”