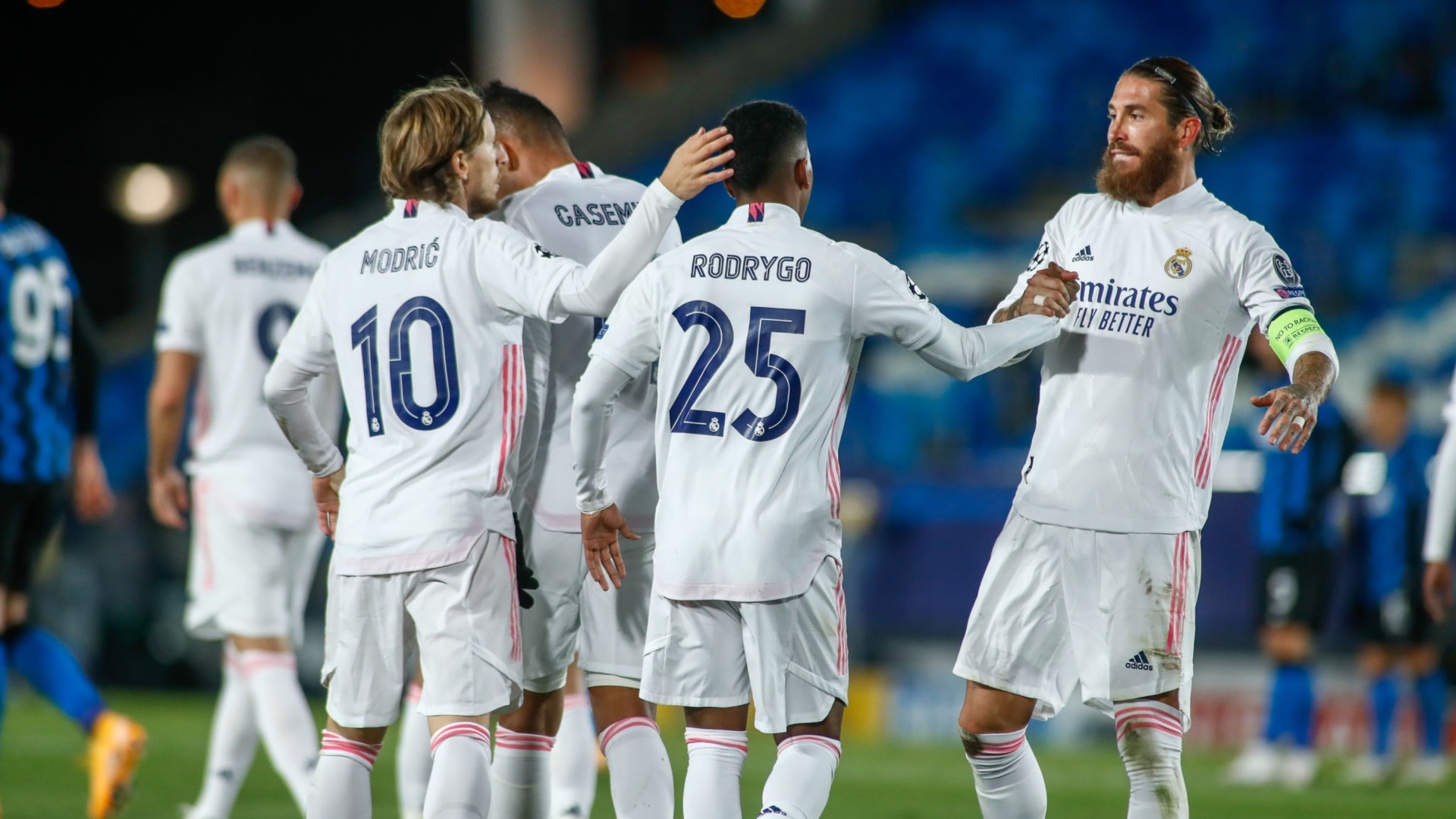 Zinedine Zidane went for his strongest line-up, with the exception of his first choice right-back Dani Carvajal. And it was the hosts who had the better of the opening periods. They came out looking like a far hungrier and determined team than their first halves against Shakhtar Donetsk and Borussia Monchengladbach, with Samir Handanović having to react quickly to keep out Marco Asensio’s sniper.

Down the other end, Thibaut Courtois was called into action by Lautaro Martinez, the Argentine almost wrong-footed the tall Belgian, who somehow got a strong hand to deny the Inter forward. Madrid then created their best passage of the half, 23 minutes into the slow-burning contest. A combination between Lucas Vazquez and Karim Benzema looked tidy, with Benzema providing a cushioned pass for Federico Valverde, who smashed it into the ground and over the bar.

Madrid were the better team in the opening period, but still needed an unforced error to break the deadlock in an open game. Achraf Hakimi was sold to Inter this summer, and he would have been feeling well at home at this stadium, from his Castilla days of playing here. But the Moroccan’s back-pass fell to an alert Benzema, who went around Handanović before tucking it away into an open net.

Then it got even better for the hosts. Sergio Ramos got on the end of a Toni Kroos corner, to head home his 100th goal for Real Madrid. Real were oddly cruising, but the game never looked done. And against the run of play, less than two minutes after Madrid doubled their advantage, a brilliantly engineered assist from Nicolò Barella who back-heel volleyed it into the path of Martinez to finish first-time.

The game was well and truly alive, and Madrid looked half the team in the second half, and that only spurred Antonio Conte’s men on. Eden Hazard and Marco Asensio were removed by Zidane, replaced by Vinicius Junior and Rodrygo Goes. But as much as Zidane would have hoped Real’s lead would double for a second time, disaster struck instead, for a second time.

Casemiro gave the ball cheaply away, a theme of the season so far, and Martinez put it on a plate for Ivan Perisic. The Croatian, who won the treble with Bayern Munich last season, still had work to do from a tight angle, but fired it across Courtois to make it 2-2 with well over 20 minutes still on the clock.

Intensity was required by Madrid, they needed to shift into top gear quickly, or they could essentially wave goodbye to the round of 16 this season. And Zidane’s two substitutes worked like a charm. Valverde with the initial vision to pick out Vinicius, who carried the ball before flashing it across goal for his countryman Rodrygo to take a touch, before rifling an unstoppable shot into the top corner.

That’s eight goals involvements in eight Champions League appearances for Rodrygo, the 19-year old clearly has a special relationship with this competition. A massive moment for the teenager, for Zidane and the club, who now go to third, but level on points with second placed Shakhtar. Progression still very much in the air, but also remains in their own hands. Improvement will definitely be a requirement.

Zidane: “We deserved more than a point”