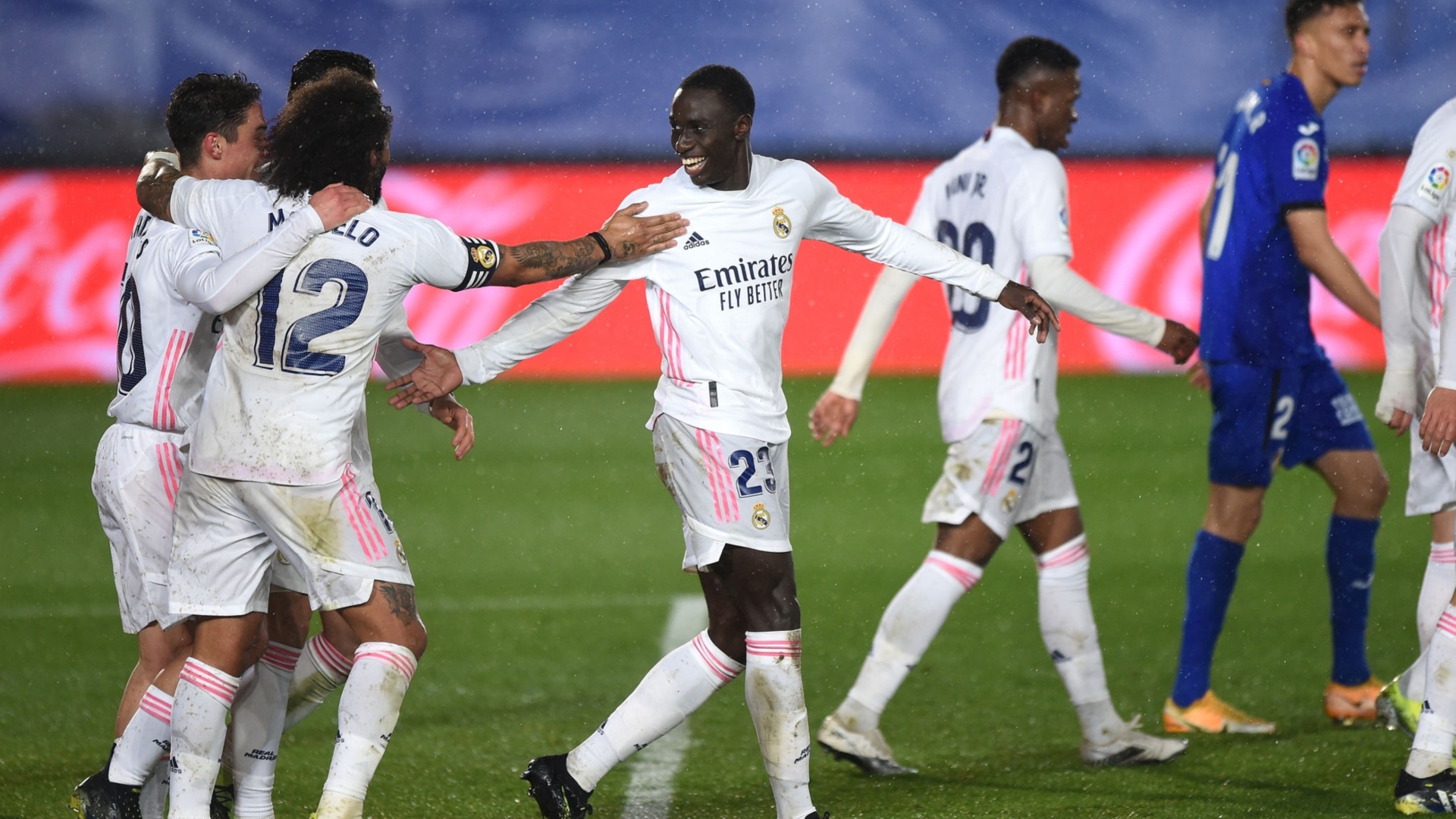 Real Madrid clinched a convincing 2-0 win over Getafe, courtesy of goals from Karim Benzema and Ferland Mendy as Zinedine Zidane experimented with his team selection.

The Frenchman went for a three at the back formation, and including Marcelo in the starting XI as well as Real Madrid Castilla’s Marvin Park. But the first half just didn’t really lift off.

Casemiro had a good chance early doors after a Luka Modric free-kick caused chaos in the Getafe box, but the Brazilian’s shot was bravely blocked by Sofian Chakla who put his body on the line to save an otherwise certain goal. The next chance Real had was from Marco Asensio’s corner, which Benzema headed onto the crossbar.

Marvin looked sharp on his first start, the teenager whipped in a delicious cross to the back-post in Cristiano Ronaldo header territory, though neither Benzema nor Casemiro took the gamble. Before the break, Getafe’s keeper David Soria was tested, and somehow he passed the test. A super transition from back to front by the hosts, Marcelo picked out Modric who’s shot was kept out by Soria’s shins, while the 27-year old keeper was almost certainly in no man’s land.

José Bordalás was in the stands serving a suspension, but he would’ve been furious at the lack of attacking intent from his men in the first half. After the break, there was an immediate improvement. Damián Suárez with a cross into the box, a rare opportunity for Angel, who’s acrobatic effort sailed way over the bar. And that was it from the away side.

Asensio slid through Benzema, the perfect weight, but the attempt forced a really good low save by Soria. And on the hour mark, Zidane rolled the dice again, Sergio Arribas came on for his Castilla teammate Marvin, and for a while, Real’s formation was all over the place. But the chaos let to the opener.

Vinicius Junior now playing right wing back, was given time by Marc Cucurella to whip in a cross, and the Brazilian delivered it on a plate for Benzema who headed Madrid ahead. From then on Real were cruising and playing nice quick triangular patterns in midfield and on the flanks. Soon after, it was two.

Marcelo, Arribas and Mendy combined, and the Brazilian’s low cross was turned in by the Frenchman’s outstretched right foot to double the defending champions’ lead. It was comfortable from there on in, as Real sealed a solid win despite struggling with several major injuries. Zidane got it right in this one.

Confirmed: Éder Militão will be presented on Wednesday