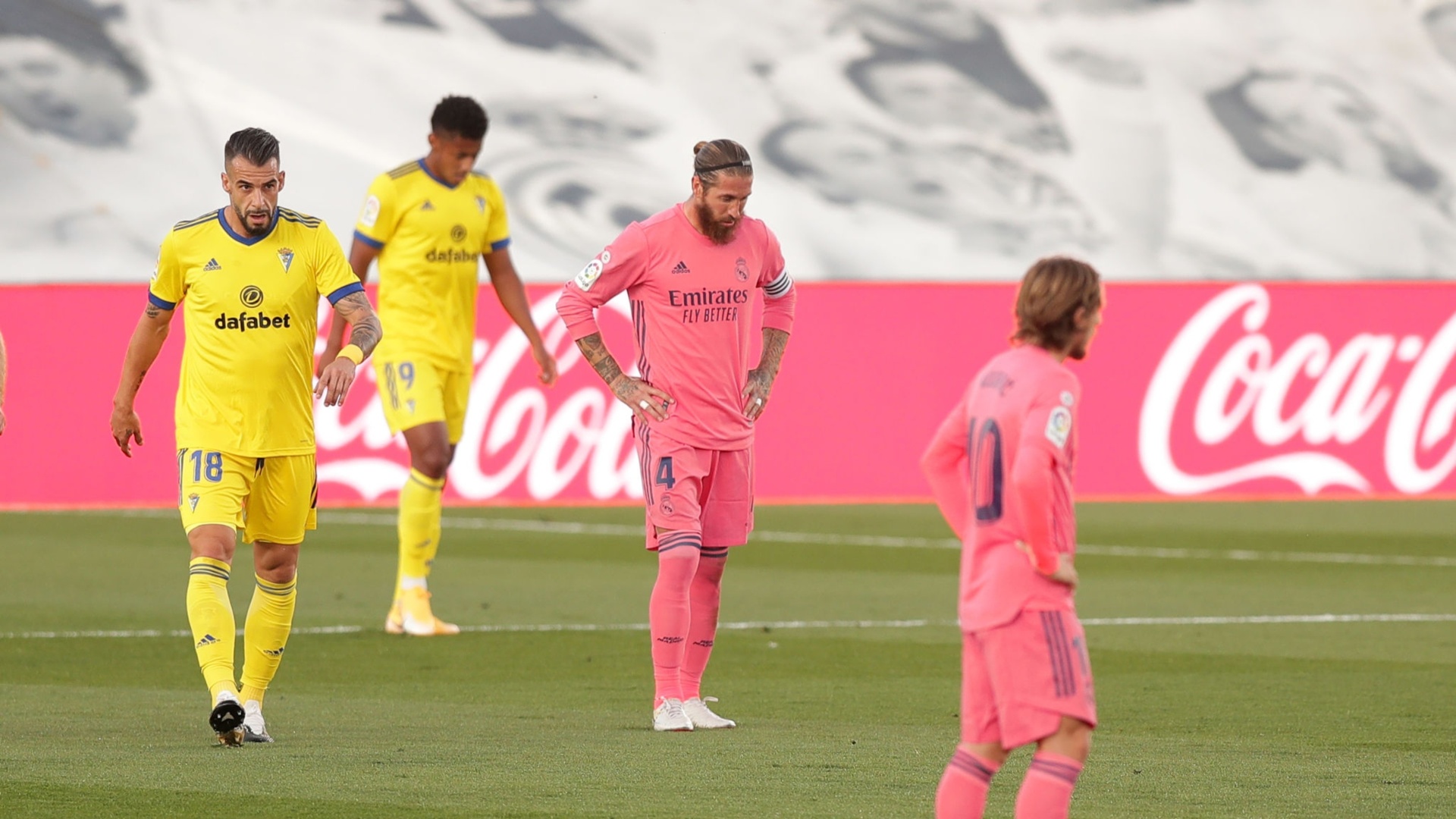 Real Madrid were beaten 1-0 by newly-promoted Cadiz, suffering their first loss at home in La Liga since 19th May 2019, a run which lasted 20 games, in what was an unacceptable and toothless performance.

The champions started off with a host of changes from their last league game, as this game would be the first of seven games in 22 days for the capital club. Naturally, Zinedine Zidane decided to go with Lucas Vazquez, Marcelo, Nacho Fernandez and Isco, as the four major changes.

But the first half was arguably the worst under the managerial stints of Zidane. For the first time this season, the visitors played with two-men up front, and it worked to the tee. Alvaro Negrado and Anthony Lozano were pushing and pulling Raphael Varane and Sergio Ramos in the opening period, and the first chance dropped to Negrado within the opening minutes.

Toni Kroos scuffed a clearance, it fell to former Madrid player Negrado, who swiveled and had an attempt which was destined for the back of the net, until Sergio Ramos heroically came in and cleared off the line.

Another error in possession by Madrid, then led to Lozano having a shot from close range, but Thibaut Courtois saved well from a shot straight at him. At the other end, it took the hosts nine minutes to register a shot on goal, but Karim Benzema’s shot trickled to goalkeeper Jeremias Ledesma.

Just before the quarter of an hour mark, Negrado was in again, and yet again he let his former employers off lightly, this time he fired his free header wide from a central area. And straight away, another loss in possession allowed central defender Cala to run through a few challenges, and his shot forced a smart save low to Courtois’ left.

But the opening goal was coming for Cadiz, and after 16 minutes, it did. That striker partnership caught Ramos out of position, as Negrado headed through to Lozano who chipped it over Courtois before finishing off a fine move. There was a constant theme in the first period, Madrid looked lethargic, uninterested and were out-maneuvered in every sense. Real were fortunate Cadiz were merciful in front of goal, because they should have been out of sight at the break.

Zidane must have realised how bad that performance was, and in a turn of events which is very unlike the Frenchman, he made four substitutes in one go before the start of the second half, as Marco Asensio, Casemiro, Fede Valverde and Eder Militao replaced Lucas Vazquez, Luka Modric, Isco and Ramos respectively.

And although things did improve slightly, the champions still weren’t able to break down the low-block deployed by Cadiz head coach Álvaro Cervera. In fact, other than Benzema smashing the post, and substitute Luka Jovic scoring an offside goal, Negrado had the best chance of the second half.

The Spanish forward again found himself in acres of space centrally, but he headed wide, as Courtois visibly breathed a huge sigh of relief. A totally unsatisfactory performance by every player involved, giving Barcelona an advantage ahead of El Clasico next weekend. Madrid will be lucky to finish in the top three with performances and intensity like that. Toothless and intolerable – that’s not the Madrid way.

When are Real Madrid’s international stars in action?