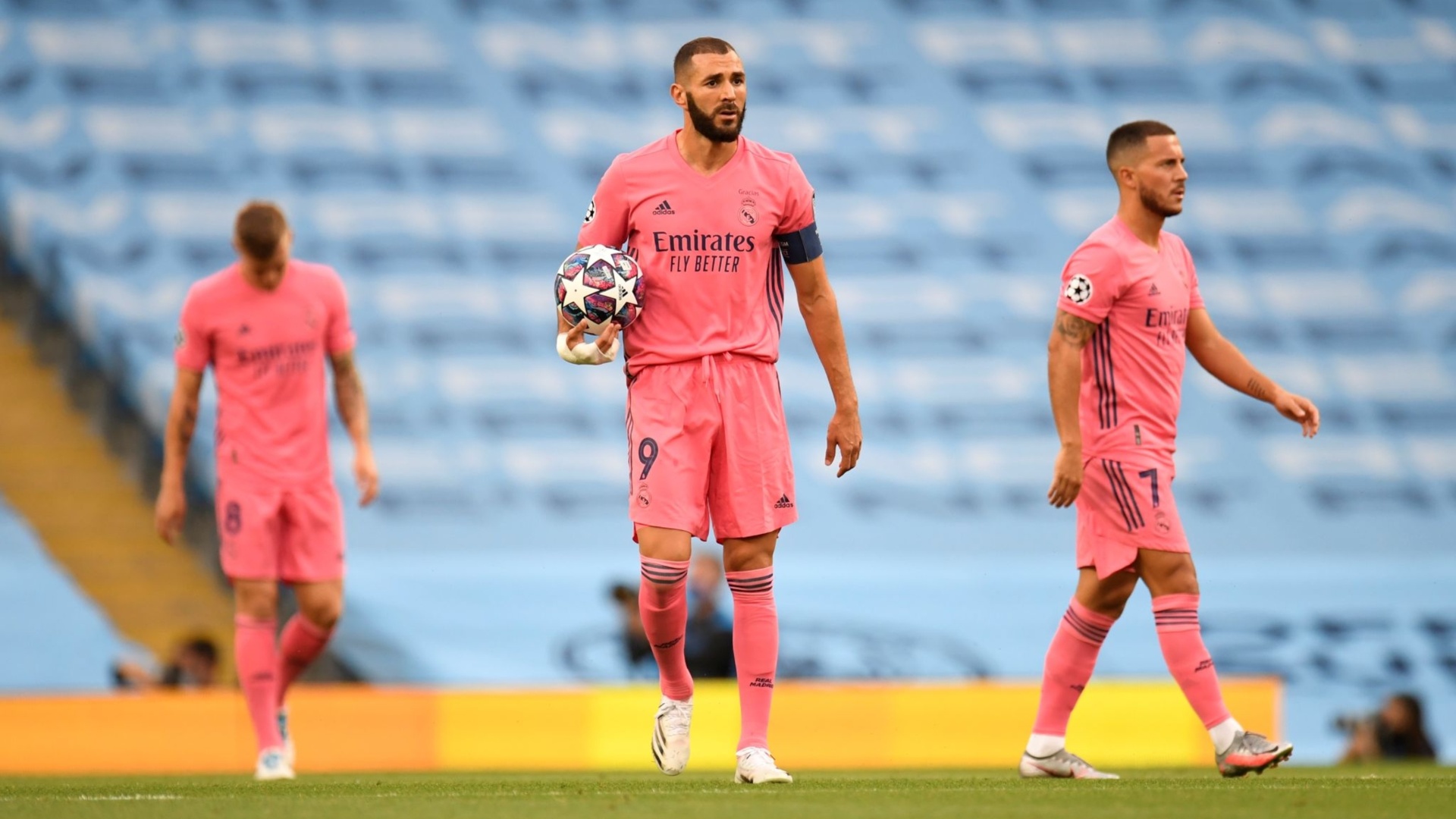 Real Madrid’s 2019-20 campaign has come to an end, following a 2-1 defeat to Manchester City, seeing them knocked out at the last-16 stage in the UEFA Champions League for the second straight season.

The two sides each had one surprise in their respective starting line-ups, as Pep Guardiola opted for Phil Foden up front, and Zinedine Zidane selected Rodrygo Goes instead of Vinicius Junior and Marco Asensio. Immediately, it was obvious to see why Guardiola went with the young Englishman. Foden, playing in a false nine role, was dropping into pockets helping the transition from midfield to attack, as City started on the front foot.

Nine minutes into the game, Raphael Varane got pick-pocketed by Gabriel Jesus, with the Brazilian putting it on a plate for Raheem Sterling, giving the Citizens the lead, after a horror start from Madrid. And it didn’t get any better either, Madrid just weren’t at the races, and Sterling was soon in again, trickling his way past three challenges, but he stuttered before taking a shot, allowing Casemiro to slide in an eliminate the danger.

Eden Hazard was selected, despite reports of him not being entirely fit, and the Belgian soon appeared to have settled. First his through ball to Karim Benzema forced a simple save for City keeper Ederson, and then Hazard had a shot at goal himself from a corner taken short, Ederson this time saving well to his bottom left.

That did spark some life into an otherwise flat visiting side, and they were soon back in it. Moments before the half-hour mark, Rodrygo excellently maneuvered his way past Joao Cancelo, before delightfully crossing a ball onto Benzema’s head to make it 1-1, the Frenchman scoring his 249th career goal in all competitions for Real.

But that should have been the moment for Madrid to grab the contest by the scruff of its neck, but the opposite happened. They returned into their timid shells, and mistakes continued to pile up at the back. This time Thibaut Courtois palmed Cancelo’s shot straight back into the danger area, and then the 2019-20 La Liga golden glove winner was lucky Foden dragged his shot wide, after his own terrible clearance.

A goal behind, and after that first half, you would have thought Madrid may have come out looking sharper, hungrier and playing with more intensity, but it was more of the same. The hosts started on the front foot, the ever-present Kevin De Bruyne played through Sterling – who was now on the left wing – as he forced another strong save from Courtois.

Casemiro told the Guardian that he had been studying Manchester City since La Liga ended in mid-July, ironically, he was arguably the worst player on the pitch for Madrid. Looking punch-drunk, the Brazilian gave away possession again in a dangerous area, this time the mistake went unpunished. But the lack of intensity from Madrid’s midfield, and usually reliable, three, was evident throughout the contest.

After the hour mark, City kept banging on the door. Jesus stung the hands of Courtois once more, but then came another chance for the Brazilian forward. Route one stuff from City, a simple ball over the top from the half-way line, was incompetently dealt with by Varane who’s attempted back-pass fell to Jesus – the 23-year old finishing from an acute angle, for his second of the tie. Sergio Aguero, who?

Not once did Madrid trouble Ederson in the second half, the few chances Madrid had were comfortable for the goalkeeper, and the substitutions came far too late for any kind of late comeback to occur. A night to forget for Varane, and many other senior players, but a night for Zidane to reflect on his starting XI, as the game may have gone differently had Vinicius Junior and Federico Valverde – two of Madrid’s best players this season – played more significant roles at the Etihad Stadium.

Nevertheless, a solid season comes to an end, seeing Madrid clinch La Liga and the Spanish Super Cup. A lot of work is required during the short pre-season, and some money needs to be invested too, for now, Los Blancos aren’t in the same conversation as the likes of Bayern Munich, Manchester City or Liverpool, investment is needed, and change is needed.

The old guard can’t go on forever – tonight was yet another reminder to both the club, and Zidane.