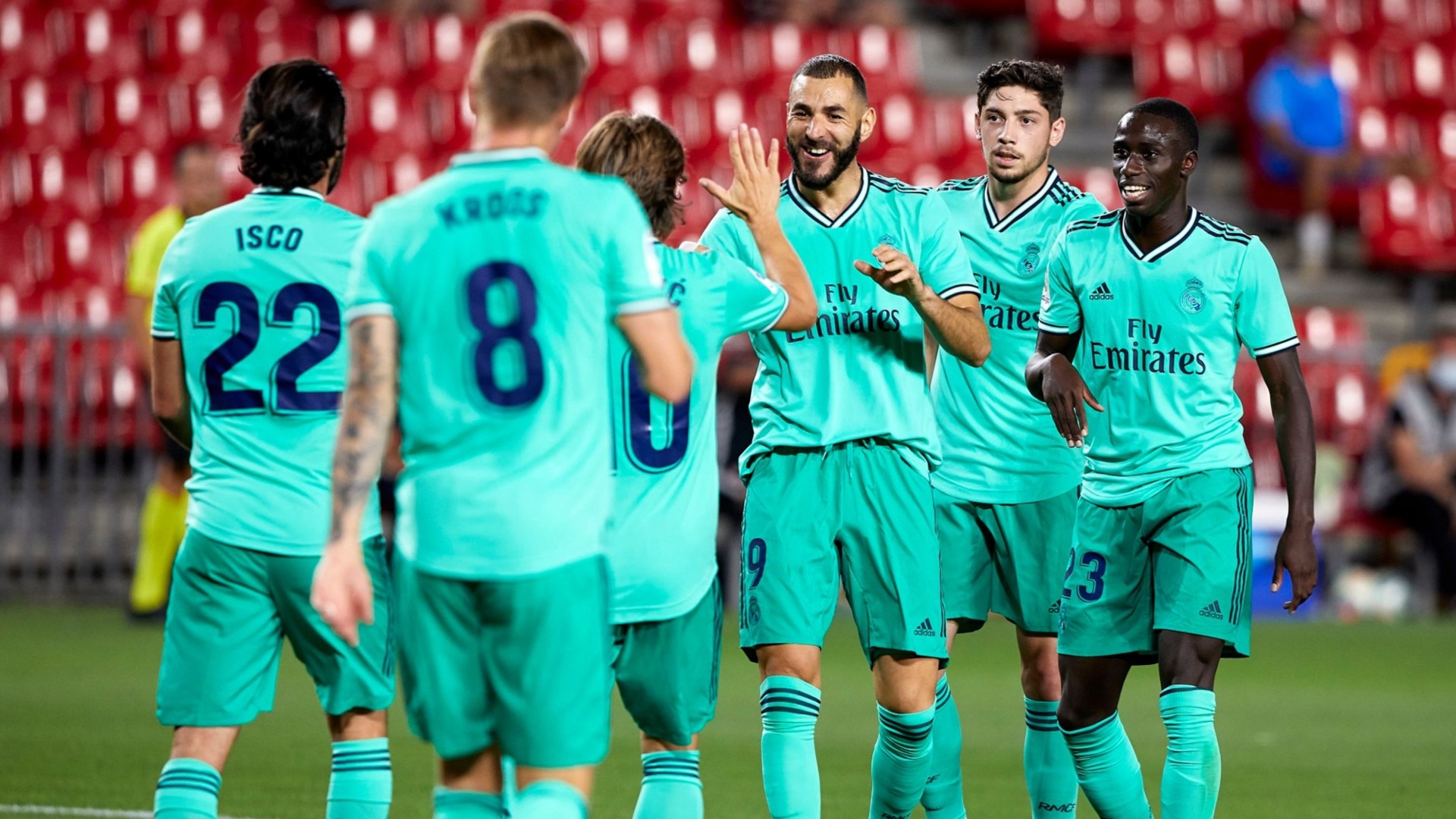 Real Madrid suffered for their 2-1 victory away at Granada to restore their four points lead at the summit of La Liga, leaving them three points away from the title.

Another spanner was thrown into the works from Zinedine Zidane, in a way only the Frenchman can, deciding to go with five midfielders and no outright wingers in a system designed to control the tempo of the game.

And that’s exactly what happened, as Madrid began the game in total control. The hosts were pressing high but the visitors still managed to keep possession with Luka Modric and Isco picking up pockets of space in what appeared to be a training session.

Within the opening 10 minutes, a moment of genius handed Madrid the lead. Ferland Mendy marched through the defence and brushed aside Victor Diaz before thumping the ball into the top corner leaving goalkeeper Rui Silva with no chance.

Real came into this contest with nine La Liga wins out of nine against today’s opponents, with an aggregate score of 32-4, and soon, they were on their way to a 10th win. Isco, with three men on him on the half-way line, produced a back-heel to allow Modric through, who played in Karim Benzema for a divine finish to double the lead.

After the drinks break, Granada switched to four at the back instead of the five that they started with, and began to look better and were threatening more – Domingos Duarte forcing Thibaut Courtois into a top save to his bottom left.

There was then another chance for Benzema who tried to catch Silva by surprise, but this time the keeper palmed away the Frenchman’s effort across his goal.

As good as Madrid were in the first, they were a shadow of that team in the second. And the first signs of a contest brewing appeared when Ramon Azeez dispossessed Casemiro, and Darwin Machís finished through the legs of Courtois – ending the Belgian’s record of 507 minutes without conceding a goal.

Isco and Federico Valverde were replaced by Rodrygo Goes and Marco Asensio as Zidane tried to combat the well-balanced Granada who looked likely to equalise. A stern test gradually got more intense as the clock was winding down, and right at the end, the hosts nearly spoiled the party.

Substitute Antoñín forced Courtois into another huge save, and then when the ball eventually found its way back into the box, Sergio Ramos cleared Azeez’ effort off the line, a colossal moment from the Real captain, stepping up once more.

Madrid came through, but had to suffer to do so, but that’s the sign of them being worthy champions. It was a stadium where Barcelona lost 2-0 and Atletico Madrid could only manage a 1-1 draw, but Los Blancos have come and snatched all three points.

One more win away, and what a better place to do it, than to honour the late Alfredo Di Stefano, to win the 34th league title, at the stadium named after the legendary player?

“I would definitely be interested” – Bale discusses a potential MLS move