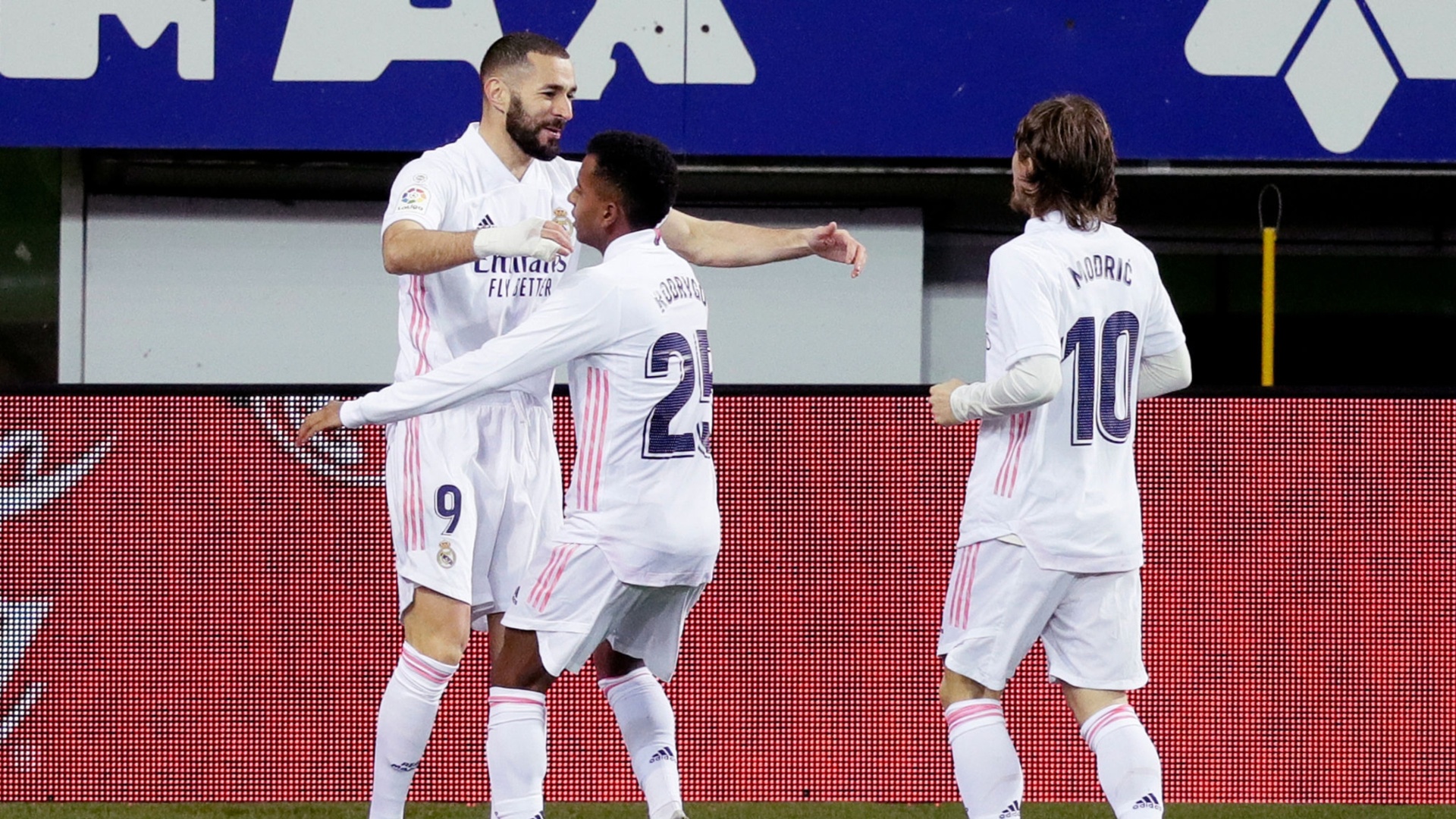 Real Madrid clinched a fourth straight La Liga win, and a fifth in all competitions, following a hard-fought 3-1 victory away at Eibar. The loss was the hosts’ first since September 30th.

It was expected that Zinedine Zidane would make a host of changes at the Municipal, having recovered some of his squad players from injury, but that wasn’t the case. There were only two changes from the win over Athletic Bilbao in midweek, Casemiro returned from suspension and Rodrygo Goes came in on the left-wing for compatriot Vinicius Junior, who was ruled out with gastroenteritis.

And Rodrygo was immediately involved. A brilliant sequence from Madrid in a transition, the Brazilian played a lovely chip over the top of the defence to Karim Benzema, who took a touch before scoring with five minutes on the clock. The last time Madrid faced Eibar, they raced into a 3-0 lead within the opening half-hour, and they were well on track to do that once more.

Benzema and Lucas Vazquez won the ball out on the right flank, and the Frenchman’s trickery got him into the box before he teed up Luka Modric who smashed it into the roof of the net first-time. And it was almost three after 15 minutes. Modric played an almost identical ball to Rodrygo’s for the first goal, this time Benzema headed it wide despite being in acres of space and on-side.

That should have killed the game, but against the run of the play, the hosts who had been utterly outplayed in the first half an hour, found an unlikely route back into it. A nice example of Eibar’s press working, they pressured Lucas into losing the ball, and that preceded Kike Garcia scoring a belter from long distance, curving away from Thibaut Courtois at full stretch.

Could Madrid recover? After a brief period of recovering from the shock of conceding in such a manner, the defending champions began playing to the same tune of the opening 15 minutes once more. Toni Kroos picked out Benzema with a long-ball over the top, Benzema poetically brought it down and finished just as beautifully, unfortunately for the visitors, it was narrowly ruled out for offside.

Real didn’t really start the second half, and to make matters worse, they were also sloppy in possession. Uncharacteristically, Sergio Ramos cheaply gifted Takashi Inui with a poor pass across his own goal, luckily Madrid weren’t punished from it.

There was another chance for Madrid to put it to bed just after the hour mark. Kroos with a brilliant line shattering pass to put it on a plate for Rodrygo, but the Brazilian’s open bodied first-time effort was brilliantly denied by one of La Liga’s best goalkeepers Marko Dmitrović.

Just as they did in midweek against Athletic, Real nearly conceded an equaliser late on, this time Ramos was needed to make an incredible sliding tackle with Pedro Bigas through one on one with Courtois. And straight down the other end, on a fabulous counter-attack, Benzema slid in Lucas who sealed it.

A 3-1 win for Real, who return to second place, level on points with city rivals Atletico Madrid, who still have two games in hand over Zidane’s side. But the fixtures continue coming thick and fast.