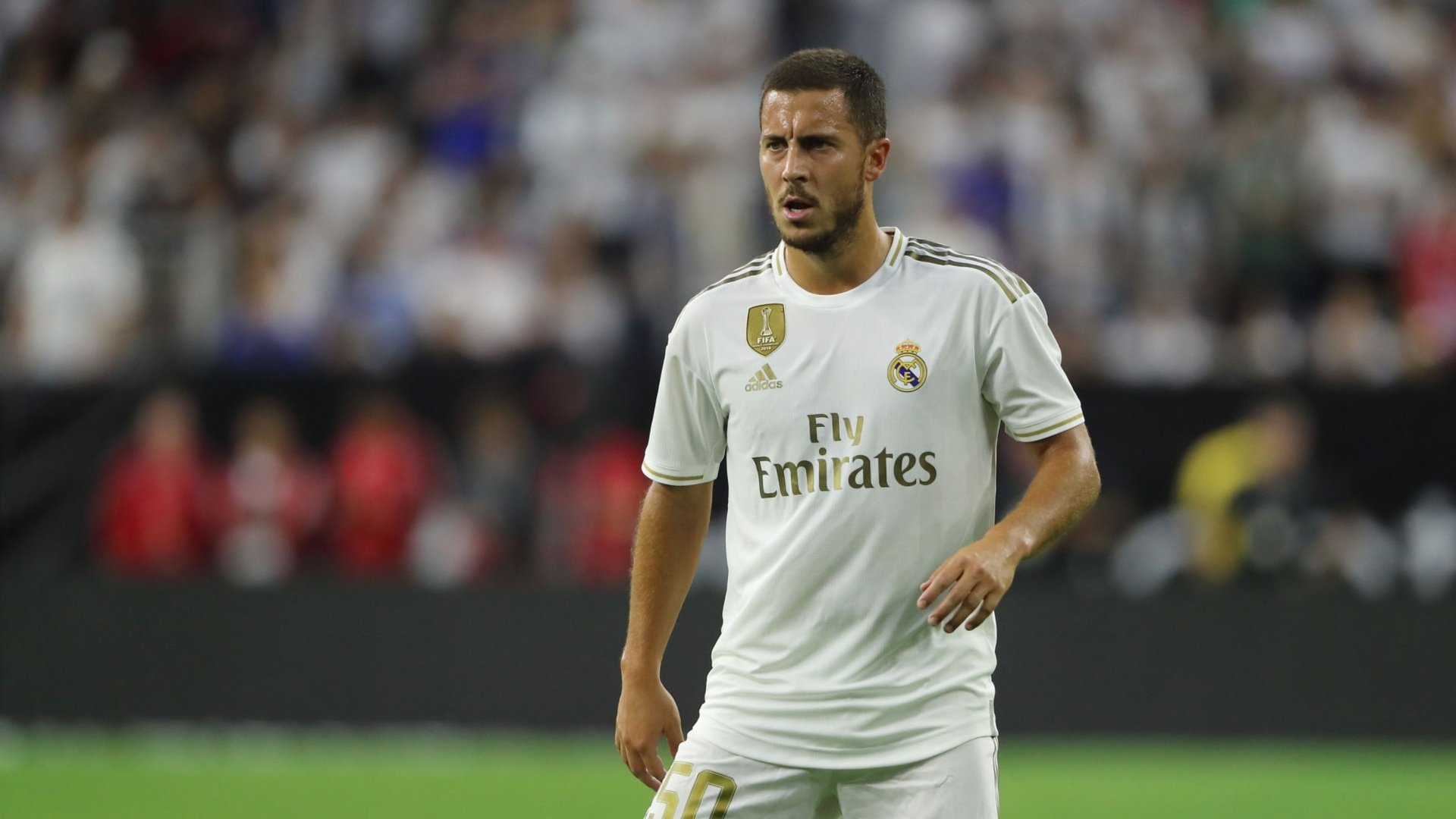 Real Madrid started their 2019/20 pre-season with a 3-1 defeat to Bayern Munich in the International Champions cup with five new signings making their first appearance at the NRG Stadium in Houston.

Eden Hazard played for the first half while Luka Jovic, Ferland Mendy, Rodrygo Goes and Takefusa Kubo in the second, as Zinedine Zidane gave a much-needed playing time to 22 members of a 27-man squad that was named for the match.

Zidane’s side, who started with a full-strength line-up went 1-0 down to the Bundesliga champions after 15 minutes, thanks to a goal from Corentin Tolisso, who hammered a rebound into the roof of the net.

Real Madrid had the better chances of the first half and could’ve easily drawn the score level, particularly through Karim Benzema, who had a couple of chance but couldn’t put them away. Sergio Ramos, Eden Hazard and Luka Modric were also close to grab an equaliser, but the captain’s header flew across the face of goal and Manuel Neuer produced two fantastic saves to deny the other two.

Los Blancos returned for the second period with an entirely different team. After Hazard had made his debut, it was the turn of Jović, Mendy, Rodrygo and Kubo to make their outings.

The inexperience made it’s mark and the Bavarians put the game beyond Madrid’s reach as Robert Lewandowski doubled Bayern’s lead in the 67th minute. The Polish striker held off his marker, controlled a high ball from Niklas Süle and fired the ball into the bottom corner on the turn.

Two minutes later Madrid gave the ball away deep in their own half and an unmarked Gnabry took advantage of the sloppy defending to make it 3-0 from a similar position.

In the closing stages of the game, Rodrygo capitalised on a misplaced backheel by Kimmich, ran through on goal and forced Ulreich to take him down and receive a red card. The young Brazilian picked himself up and got a consolation goal, blasting a sensational free-kick into the top right corner with six minutes to go. From Rodrygo’s goal the game just faded away and after 3 minutes of stoppage-time, the referee brought the game to an end.

Next up is a meeting with Arsenal on Tuesday evening at Washington D.C.’s FedEx Field. Before then, the team will return to their training base to continue their pre-season work.

Hazard: “When you play for Real Madrid you have to win everything”