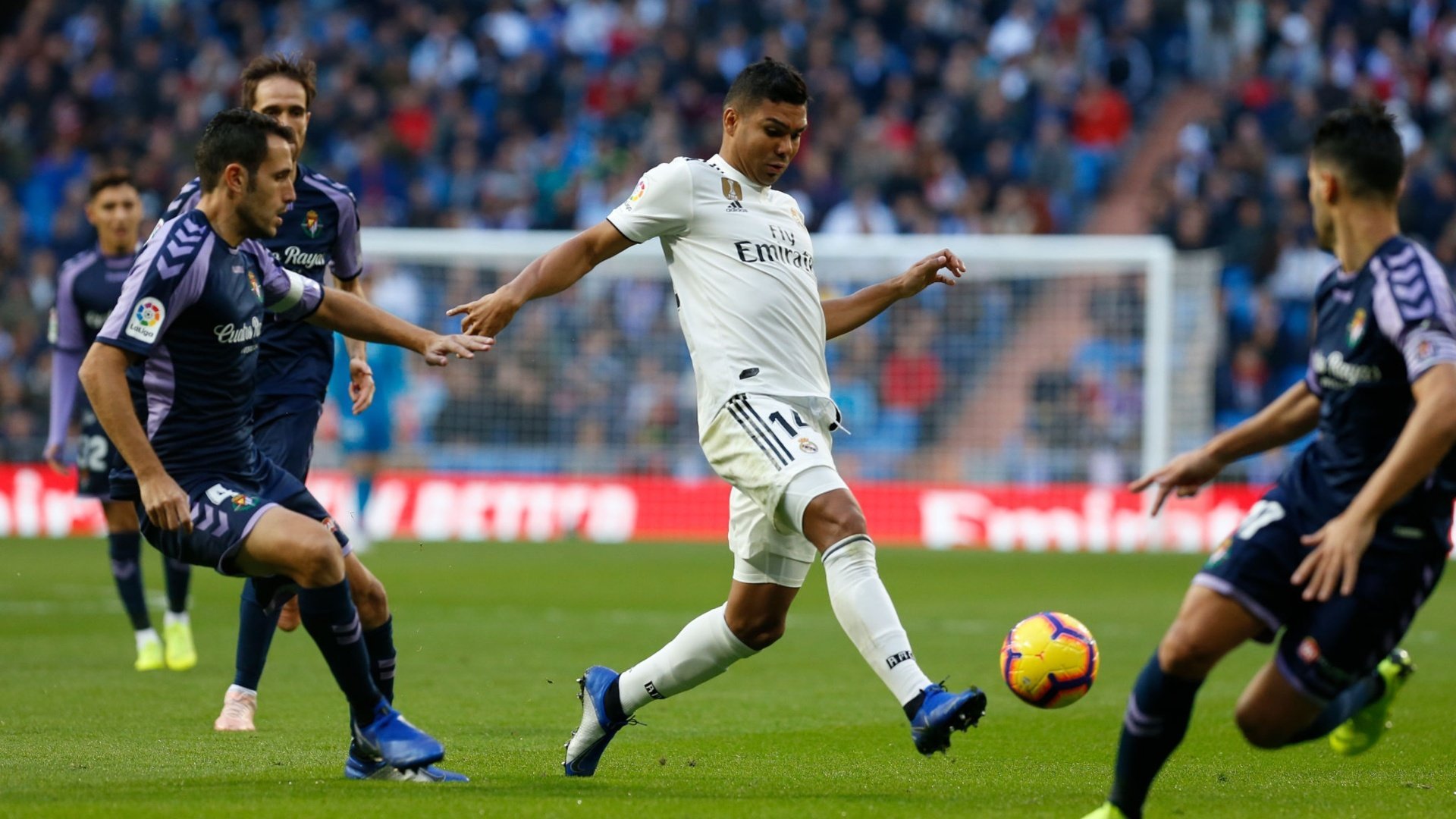 Football returns to the Estadio Santiago Bernabéu, at last. Real Madrid’s 0-2 defeat against Betis on Matchday 38 of the 2018/19 season seems like a distant memory right now. Real Madrid are ready to kick-off their home season in their dazzling white and gold kit in front of the Bernabéu crowd against Real Valladolid. Real Madrid would like to improve their average attendance during home games this season as it was only 60,967 per game on average in 2018/19. The fans should also embrace the new season in big numbers as they are eager to see their team getting the ball rolling at the newly installed pitch at the Bernabéu. But the fans have to wait to see Madrid’s new no. 7- Eden Hazard playing at the iconic stadium in the Spanish capital as he is still recovering from a hamstring issue.

Zinedine Zidane announced a 19-man squad for the game against Valladolid. The two full-backs, Odriozola and Mendy did not make it to the squad. Mendy returned to training only recently after being out with an injury for the large part of the pre-season and Odriozola’s uninspiring performance against Celta could have played a role in his ommision. Luka Modric misses the game as he is suspened while Mariano is not a part of this group for now, amidst his transfer speculations. It means, except for Altube- the third choice goalkeeper, all other members of this squad are guranteed a place in the matchday squad. Here’s the 19-man squad:

What to Expect from Real Madrid

Zidane tried a classic 4-3-3 formation against Celta on Matchday 1 as Real Madrid picked up all three points at Balaidos. Against Valladolid, things shouldn’t change too much although the re-appearance of the 3-5-2 formation is always a possibility with Zidane. Dani Carvajal should return to replace Odriozola at right-back in either of the schemes. In a 4-3-3 formation, Zidane may choose Isco ahead of James to replace Luka Modric, who is suspended for this game. Zidane’s 4-3-3 has a single pivot with two other central-midfielders. Isco has played in this central position plenty of times but James has hardy played in such a deeper role for Zidane as his significant exposure to this kind of a position was at Bayern Munich. Bale, Benzema and Vinicius would retain their places in attack after their stellar performances on Matchday 1.

What to Expect from Real Valladolid

Valladolid have started their season in flying fashion as they have already picked up a win on the road against Real Betis who have been a formidable side in La Liga, recently. Manager Sergio González likes to field his team with a flat 4-4-2 formation. Real Valladolid recently signed Real Madrid’s goalkeeper Lunin on-loan but Jordi Masip, the former Barcelona man started in goal against Betis. Sergio González has the chance to start with Lunin too as Real Madrid have withdrawn the fear-clause from all of their loan deals which previously did not allow Real Madrid players to play against their parent club.

The last few weeks have changed Gareth Bale’s position drastically at Real Madrid. From a forgotten star who was almost on his way to China to a starter in the team again, that is remarkable, to say the least. After his brilliant assist and defensive work in cohesion with the full-backs, Zidane should trust him again. Someone with Bale’s experience is also essential as Real Madrid’s marquee signing Eden Hazard is sidelined, for now. Bale will also get the opportunity to connect with the fans at the Bernabéu if he carries on his good work and attitude that he had shown against Celta.

Guardiola opened the scoring for Valladolid on matchday 1 and had a great game overall. Real Madrid should be warry of his boldness in the penalty area as he is ready to become a real threat for the opposition in Valladolid’s second away match in a row.

Hazard: “I hope to score more goals for this great club”