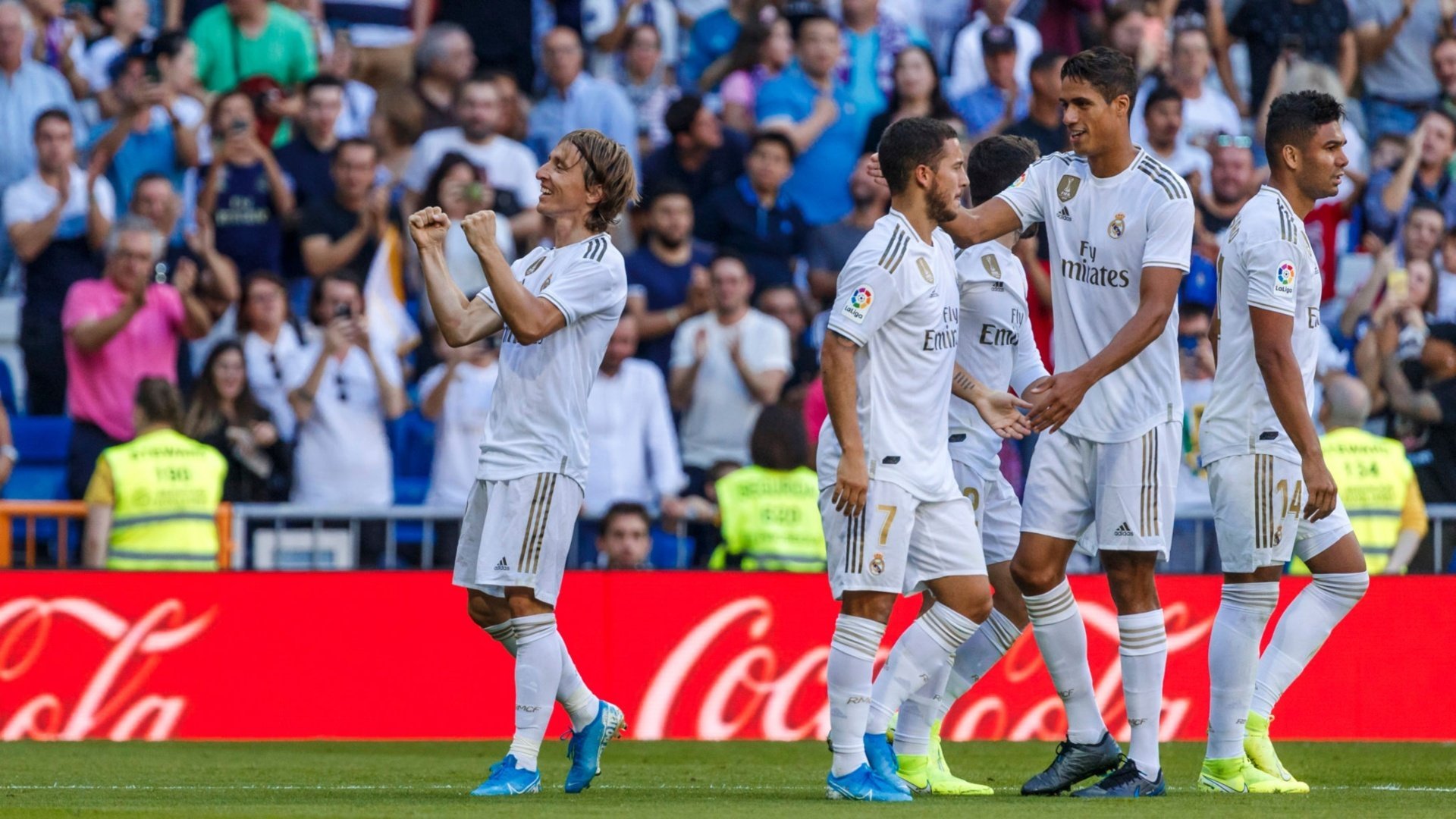 Real Madrid will welcome Leganés to the Santiago Bernabéu while being far away from the top spot in La Liga themselves. Due to the postponement of the season’s first El Clásico, both Real Madrid and Barcelona are behind by a round of fixtures in the league but Real Madrid currently sit on the sixth position of the table because of their terrible display of football in Mallorca.

It is quite obvious that Real Madrid are not going into the Leganés game without any of their customary controversies. Gareth Bale has once again sparked fire into some fuel surrounding his future at the club amidst his curious visit to London. Zidane played down the rumours as Real Madrid will once again step out at the Bernabéu trying to find an identity and some form within a sluggish team.

James Rodriguez has excluded himself from this game as the club has allowed him some time off due to the birth of his second child. Gareth Bale is still recovering and isn’t expected to return to Spain from England until Tuesday afternoon. Alvaro Odriozola is suspended for this game and Zidane is showing no signs of including Brahim and Mariano into his plans. Marco Asensio remains on the sidelines, recovering from a torn ACL. Lucas Vázquez, however, has recovered in time to face Leganés. Here’s Zidane’s matchday squad:

Zidane will have his favorite midfield trio of Kroos, Casemiro and Modric back for this game and the trident are expected to start. Modric has played more minutes for Croatia this season than for Real Madrid, hence, his inclusion would be quite justified despite his declining form. Zidane has two more difficult games following this one at the Bernabéu against Real Betis and Galatasaray, for which he would want to preserve Fede Valverde, who has been an absolute revolution this season.

Dani Carvajal and Sergio Ramos are destined to start while the same cannot be said about Varane and Marcelo as Militão and Mendy might get some much needed game time. Karim Benzema is rumoured to have some physical issues since the trip to Mallorca, so, Luka Jović might get a chance upfront, with Hazard on the left. But both must step up to shake off his uninspiring performances.

Zidane will most likely deploy the 4-3-3 formation which is also his safest option. Lucas Vázquez and Rodrygo will fight for the right wing position with no estimation of Gareth Bale’s potential return.

Fellow counterparts from the same city, the Leganes camp are going through a turmoil themselves. They recently sacked Mauricio Pellegrino just about a couple weeks ago after sinking down to the bottom of the table. Former Barcelona player Luis Cembranos has been appointed as caretaker manager. In his first game, Leganes defeated Mallorca, against whom Real Madrid looked hapless and provided one of the worst displays of recent times, a couple of rounds ago.

There were not many tactical hints to pick from Leganes’ win against Mallorca as it was the manager’s first game in charge. He used a straightforward 4-3-3 formation where Jonathan Silva, Recio and Carrilo shined. Leganes have a La Liga veteran in Roque Mesa as their midfield influencer.

Real Madrid have a strong record against Leganés in La Liga, as they have never lost against the neighbours from across the city. But they have bitter memories against the same opponent in the Copa del Rey. In Zidane’s last season of his first stint, Leganés stunned the Bernabéu as Real Madrid once again got knocked out of the competition way too early for their stature after a dismal 1-2 loss at home. Real Madrid also lost a Copa del Rey game away at Leganes during Solari’s short reign as manager.

The 70 million Euro-acquire from Frankfurt has got a disappointing start to his Real Madrid career. He suffered to get minutes and whenever he got them, he disappointed even more. Due to Benzema’s minor knocks, could this be Jovic’s time to shine?

He is a  La Liga veteran and old foe of Real Madrid, hence the experienced Roque Mesa must be raring to go against Los Blancos.

“Everyone knows that bad experiences are part of a coach’s life, but for me when there are difficult moments, I prefer to think it’s a new match. There are three points at stake, and we’re prepared and ready to win”. – Zidane

“We arrive in a better mood than to the match against Mallorca. We have regained sensations, we are eager to face this match and try to get a good result. It is a very complicated match, but we will try to get something positive with our weapons,” – Cembranos.

Cesar Soto Grado will be the match official for this low-key derby in Madrid.