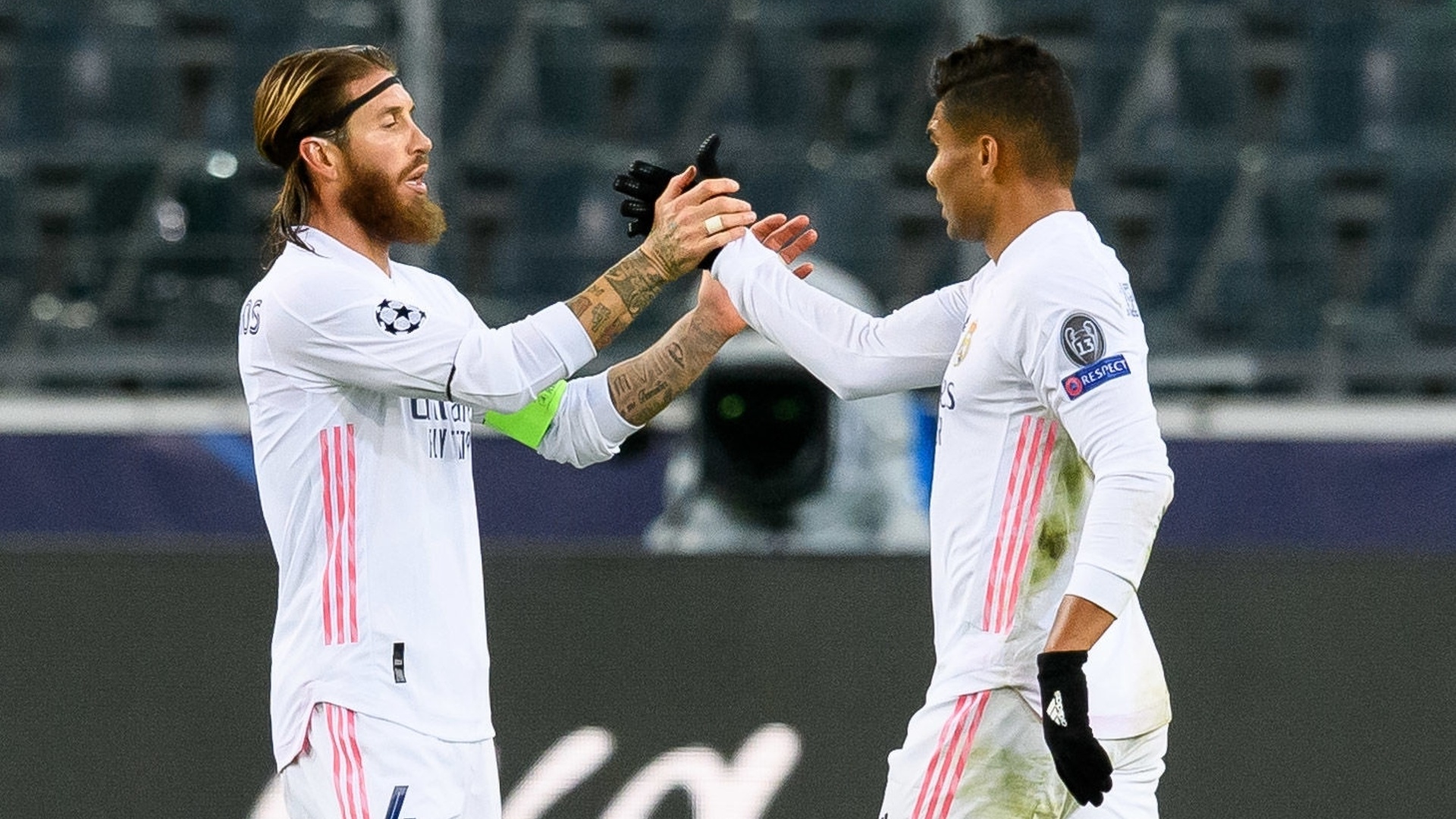 It’s make or break time for Real Madrid, as the Spanish champions host Borussia Monchengladbach at the Estadio Alfredo Di Stefano at 21:00 CET, with everything on the line. All four possibilities still remain for Zinedine Zidane’s men as they look to end the group stages on a high.

Things couldn’t be more decisive for Zidane too, with the Frenchman resigned to accepting his fate, that this week is crucial for his future at the helm. Madrid come into this on the back of a big win in another pressure contest against Sevilla, with a narrow 1-0 win away from home. But now they’re back on home turf, and will be hoping the pitch named after their legendary forward Alfredo Di Stefano brings some much needed fortune.

The good news for Zidane is that he has two of his chiefs back in Sergio Ramos and Dani Carvajal, who both return from injuries and will be so important to how Madrid deal with the pressure from the Bundesliga outfit.

In contrast to Madrid’s worries and woes coming into this, Monchengladbach may not play with too much pressure, even though it’ll go down to the wire in the group. The leaders have scored 16 goals in the group stage so far, a state only matched by Barcelona and Bayern Munich. Their two form men Marcus Thuram and Alassane Plea will once again look to cause trouble, the former scored both goals as the Germans took a 2-0 lead back in October, before goals from Karim Benzema and Casemiro saved Real’s blushes, as they avoided back to back defeats in their two opening games.

Their 2-2 draw against Freiburg at the weekend won’t bother head coach Marco Rose too much, he’ll know his team has the potential and form to cause a major earthquake around European football later this evening, a defeat would be catastrophic for the 13-time European Champions.

This should probably be re-worded to ‘How are Real Madrid going to score?’, because that’s the key question and talking point.

Despite having so much quality, Zidane can’t get his team to play a cohesive and consistent way. At times they play some wonderful football and put on a nice showing as seen against Barcelona at Camp Nou or against Inter Milan at the San Siro on matchday four, but then they go missing and can’t do the most simple of things against far lesser opposition. Zidane simply can’t afford to experiment in this one.

The Frenchman should play to his strengths and go with a front three of Rodrygo Goes, Benzema and Vini Jr, and with Martin Ødegaard out injured, you can bet your mortgage on Zidane returning back to ‘old-reliable’ – the trio of Luka Modric, Casemiro and Toni Kroos. The issue with that midfield is that it can’t dominate games as well as it used to back when Madrid were making this tournament look like a pre-season competition, they’ll need something incredibly special from the three experienced midfielders, and some sort of control in the centre of the park.

When Real have lost this season, it’s come down to individual errors, a lack of intensity, or getting out-run in midfield. That’s a big concern with the trio Zidane will most likely opt for. On the off-occasion he does spring a surprise, perhaps Isco plays in a midfield four, behind Benzema and Vinicius? There are plenty of concerns with how Real will look to open up Gladbach, but more importantly, for this match, it’s crucial that Carvajal and Ramos are back to lift and guide the back-four. Their returns have tipped the scales in Real’s favour, but Rose will be quietly confident, and he’ll trust his forwards, who are in a rich vain of form, and could hurt the Spaniards. They’ll look to get in behind Carvajal when he’s pushing up high joining in on attacks, so Varane’s coverage of the right-flank while Casemiro sits back and anchors the defence with Ramos is how Real are going to operate.

It’ll be interesting to see who Zidane does opt for up-front. Although Vinicius has the x-factor and the unexpected spark which most certainly worries opponents, Rodrygo is the goalscorer who the French coach often looks to. Someone needs to step-up for Los Merengues.

As mentioned above, the hosts have been boosted by the returns of Ramos and Carvajal. Ødegaard and Luka Jovic are the latest casualties for La Liga’s reigning champions, with both certain to miss El Derbi against Atletico Madrid at the weekend too. Alvaro Odriozola returns too, but Fede Valverde, Eden Hazard and Mariano Diaz remain out, although Fede has been training with the ball and a return is looming closer.

The visitors are going to have to do without central defenders Nico Elvedi and Tony Jantschke once more. And after testing positive for Covid-19, Ramy Bensebaini is yet to return to training, so Rose will be without him too. Thuram started on the bench against Freiburg, and entered the game just after the hour mark, so he’ll be fresh to try and add to his two goals he’s already scored against the European heavyweights this campaign.

Fortunately for Real, they managed to escape with a draw from North Rhine-Westphalia back in October, but oddly, when they went behind after 33 minutes, it was actually some of the best football the stuttering Madrid had played all season for that first half hour. A mistake from Kroos led to Ramos diving in at the half way line, and even then, two errors from Raphael Varane later during the counter attack led to the opener. And the second goal was a simple save from Alassane Plea’s shot, but Thibhaut Courtois uncharacteristically fumbled it for a Thuram tap-in. It is unfortunate errors which have led to Real’s demise most of the time this season, but with everything on the line, you can expect Madrid to show up and perform.