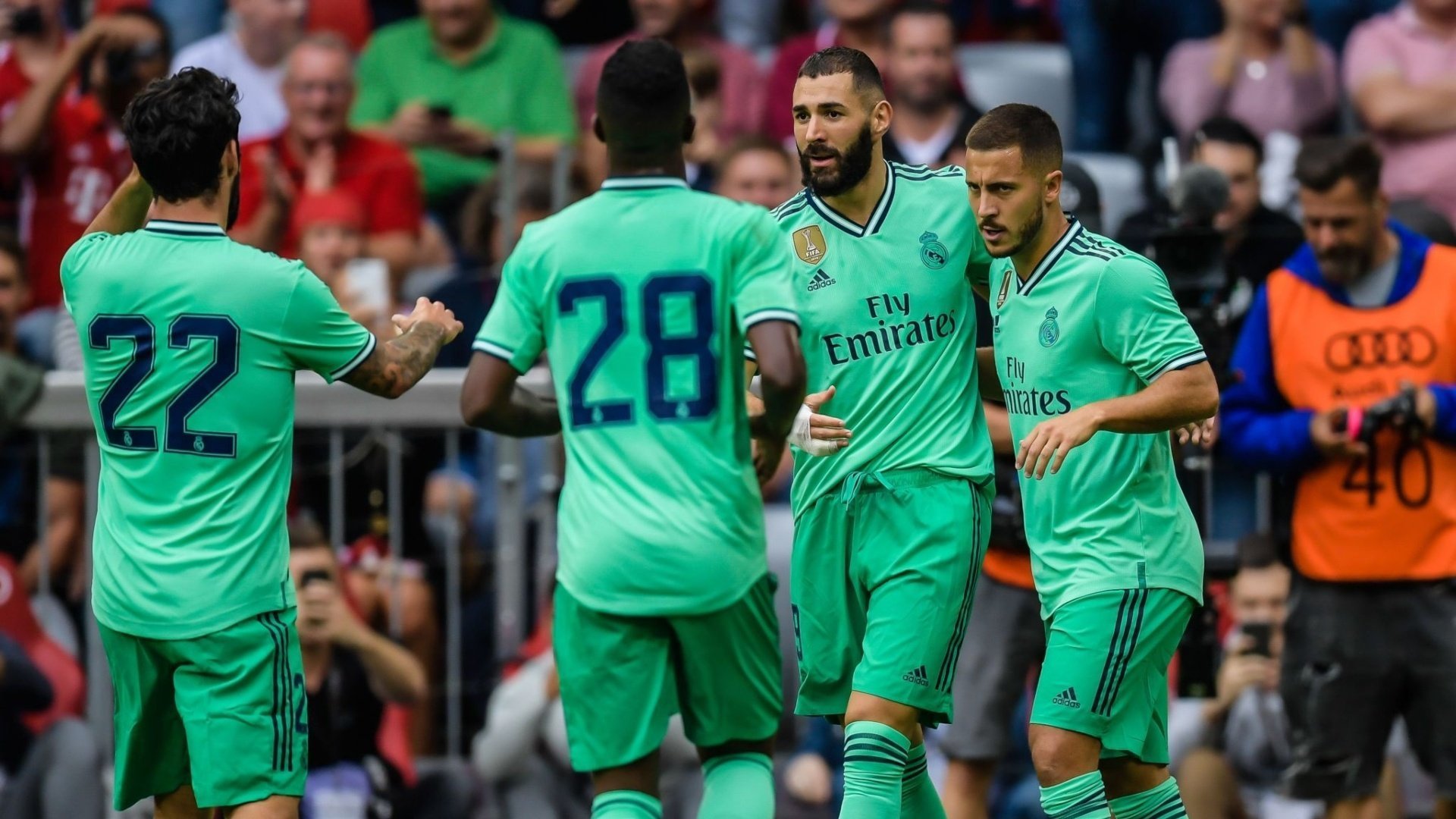 Real Madrid faces Red Bull Salzburg at the Red Bull Arena 11 years after their last encounter with the Austrians. This will be the penultimate pre-season game for Real Madrid before they travel to Rome to play AS Roma on August 11. Real Madrid finally found some positives against Fenerbahce but the defense is still a raging issue for Zinedine Zidane. He will look to find the best form and rhythm against Salzburg. Kick-off takes place at 19:00 CEST.

Zinedine Zidane announced a 20-man squad for the friendly against Salzburg. Thibaut Courtois and Luka Jovic return from injury while Casemiro and Éder Militão are back in the squad after participating at the Copa America. Luka Modric has surprisingly been left out of the squad while James Rodriguez, Gareth Bale and Mariano Diaz didn’t make the cut either, which was rather unsurprisingly though. Takefusa Kubo and Rodrygo will make their Castilla debuts tonight and are therefore not called up for the first team.

Jovic’s return and only four midfield players in the squad may prompt Zidane to try a flat 4-4-2. Kroos and Casemiro can partner-up in the middle. Hazard will occupy the left-wing while Vazquez or Vinicius will be on the right. Jovic will join Benzema upfront. This will allow Frede Valverde to get some minutes as well, perhaps in the second half. The Real Madrid squad for this game seems well equipped for a 3-5-2 formation as well. Militao will join forces with Ramos and Varane in that case. Carvajal and Marcelo will occupy the two wing-back positions in this scheme. This will allow Hazard to have a free role with Kroos and Casemiro behind him, in the middle of the pitch.