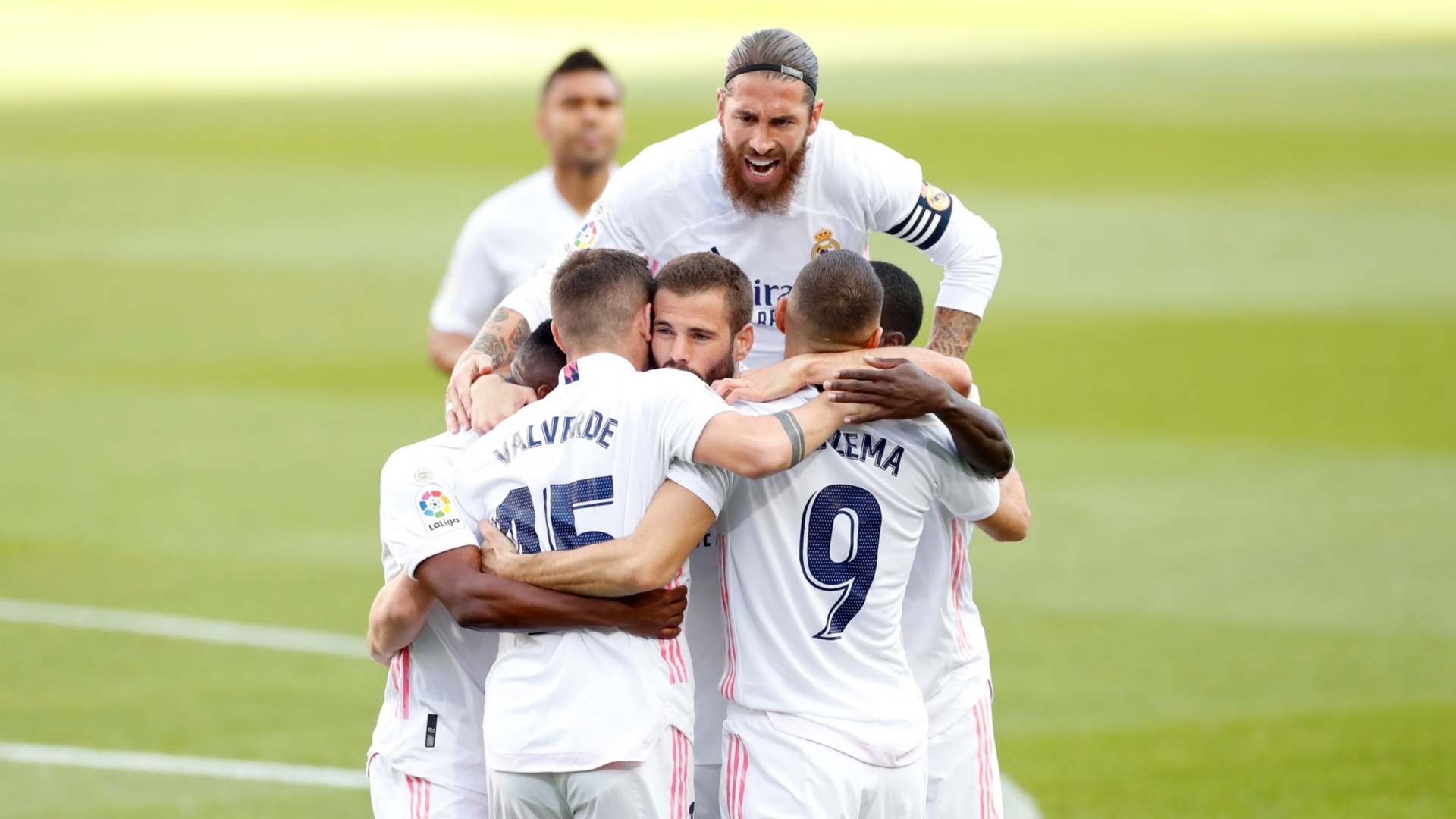 The task doesn’t get any easier for Real Madrid. The Spanish champions will be full of confidence from their 3-1 victory over perennial rivals Barcelona in El Clasico on Saturday, but their focus must now swiftly shift to an absolute must-win contest against Borussia Monchengladbach today at 21:00 CET.

Madrid had been going through somewhat of a crisis week, following back-to-back defeats against Cadiz in La Liga, and then to Shakhtar Donetsk last week in their UEFA Champions League group stage opener. But it was the manner of that 3-2 defeat to Shakhtar which caused shockwaves around the Spanish capital, particularly the first half debacle. The recovery against Barcelona will certainly mean Monchengladbach will have a lot more to think about, but it’s an intriguing contest nevertheless.

The Bundesliga side have had a mixed start to the campaign. They started the season with a 8-0 drubbing of fourth-tier side Oberneuland in the DFB-Pokal, but their very next game, and their first league game ended in a 3-0 defeat to Borussia Dortmund. Since then, they’ve been undefeated in five games in all competitions, including two wins and two draws in the league, and their 2-2 group stage draw with Inter Milan on matchday one. It’s a team that plays expansive football, and therefore, they’re yet to keep a clean-sheet since their Pokal win on opening day, and they’re yet to taste victory on home soil too. It’s a place and a team where Madrid can come and play, and can also expect a team to come out and play too, which should aid Zinedine Zidane and his side.

Gladbach head coach Marco Rose bought the high-tempo, attack minded philosophy that he had at Red Bull Salzburg to his German top flight side when he joined in 2019. This will no doubt help Madrid later this evening, because when La Liga’s champions come up against a team which plays it safe in a low-block, that is when they’ve struggled, and against Cadiz and Shakhtar, it ended in two horrible defeats, struggling to open up both teams.

You wouldn’t expect Rose to sit deep, and therefore, it’ll be important for Zidane to have a number of runners in his team, capable of making overlapping runs. Against Barcelona, Federico Valverde showed the importance of having a runner from deep, and his combination with Karim Benzema led to Valverde scoring the opening goal at Camp Nou. Vinicius Junior and Marco Asensio perhaps didn’t do their best work in attacking areas, but they were constantly keeping the full-backs engaged and pegged back, particularly on the counter. That’s one area where Madrid will hurt their German opponents this evening, as did Dortmund earlier this season. Lucien Favre’s side soaked up pressure and allowed Gladbach to commit men forward, and on several occasions, they countered swiftly and effectively, once leading to a penalty which was scored, and on another occasion it led to Erling Braut Haaland’s second of the game.

I think it would be a good opportunity to play Rodrygo Goes on the left if Zidane wants to shuffle the pack, but considering it’s such a vital contest, Madrid can’t really afford to rotate heavily. Due to their opening matchday loss and Gladbach’s crucial point away at Inter, Gladbach might feel confident of securing a qualification spot at Madrid’s expense. If they can beat the Spaniards tonight, Rose will know his side’s next two group games are home and away against Shakhtar, two games he would expect his team to negotiate professionally and secure six points, which would really put the cat among the pigeons with regards to Madrid’s qualification hopes, especially if they drop points tonight to Gladbach.

There are plenty of names missing for the hosts, which could certainly play a role. Andreas Poulsen, talented defensive midfielder Denis Zakaria, Laszlo Benes and Mamadou Doucoure will all miss this one, while Valentino Lazaro has recovered from a calf issue, but having not played since the end of August, it’s unlikely he’s thrown into the deep-end against the 13-time European Cup winners. However, the likes of Marcus Thuram, Alassane Plea, Florian Neuhaus and Jonas Hofmann were all left out of the starting XI in their 3-2 win over Mainz at the weekend, so they should be back to start.

For Real, there are two key returns to the squad. Capitan Sergio Ramos missed the defeat to Shakhtar, so his leadership will be crucial, and Eden Hazard is back in the squad too, so he could play some part on his timely return. Zidane is now without his third choice right-back too, after Nacho Fernandez limped off against Barcelona, meaning Madrid are now without Dani Carvajal, Alvaro Odriozola and Nacho, so Lucas Vazquez will most likely play on the right. Mariano Diaz and Martin Ødegaard are also still out.

While previous meetings don’t usually mean much, it’s nice to put a bit of context to matches, and there’s certainly history between the two clubs in European competition. They faced eachother in the 1975-76 European Cup quarter-final, with the first-leg ending 2-2, and the second finishing 1-1, with Madrid edging through on aggregate. Gladbach suffered a similar fate at the last-16 phase of the 1985-86 UEFA Cup too. Madrid lost the first leg 5-1 away from home, but they turned it around at the Santiago Bernabeu, winning 4-0, and advanced on aggregate, eventually going onto to win the title.