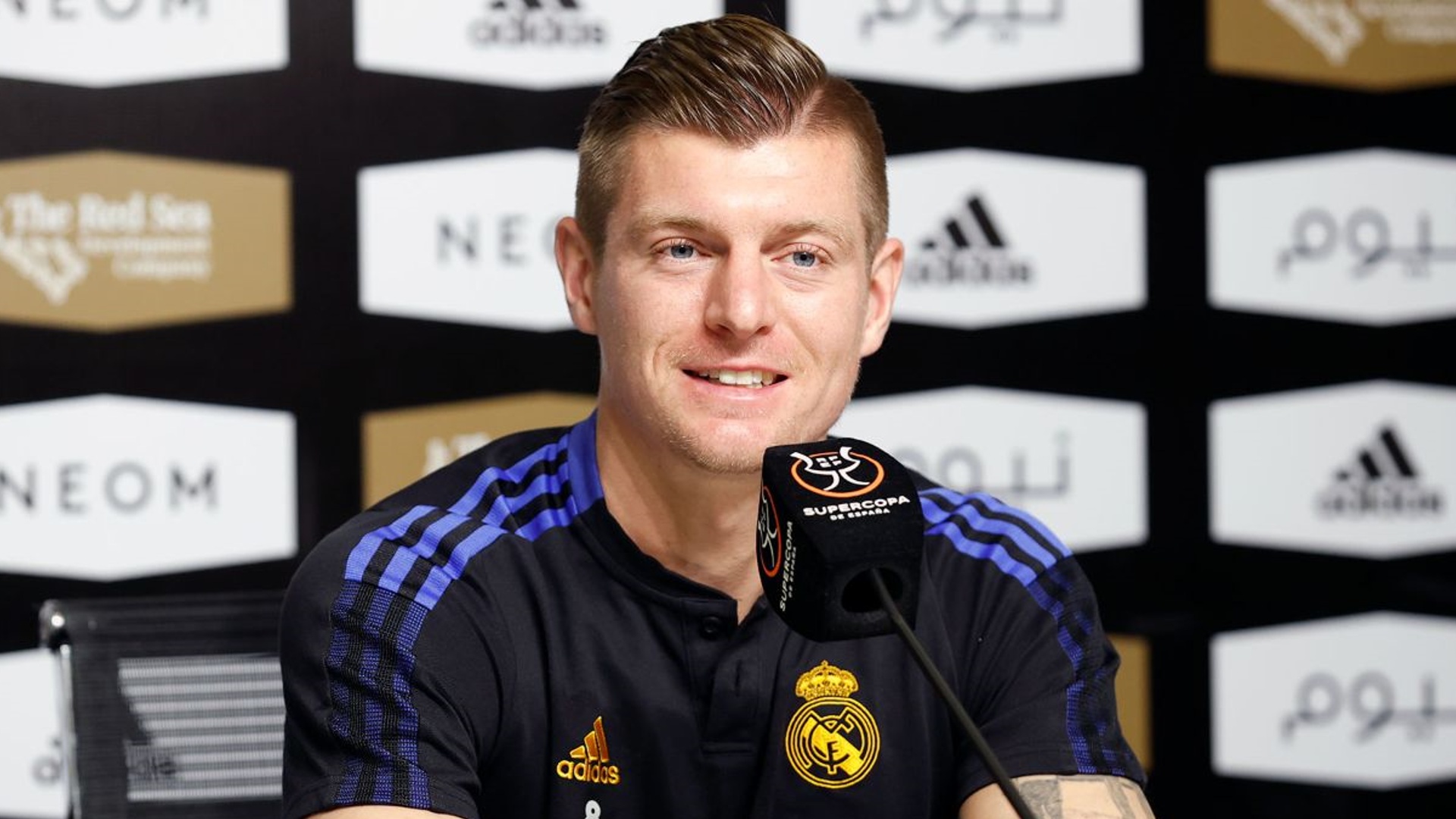 Ahead of the 2022 Spanish Supercup, Toni Kroos spoke to the media to preview Real Madrid’s semi-final match-up against FC Barcelona.

“We want to win this tournament, we’re here to win. Every tournament is important for us.”

On his start to the season

“It was a tough start to the season with an injury, it never happened before in my career. I do want to play the whole season, at the start I had to stop and recover – but I invested that time well, I’ve come back stronger. I’m enjoying my football.”

“I don’t know if this is my best season, I’m lucky enough to have been on top for many years.”

“We may be a little better than Barça in La Liga, but it’s a Clásico and there are no favorites. I’ve been here for eight years and these games are different. We want to win, of course.”

“I haven’t watched Barca this season, I have better things to do.”

“I think we’ve improved a lot in the last 2-3 months, we’ve won many games but I’ve always said there’s room for improvement. We’ve played some very good games against tough teams. But it’s still too early to define a season.”