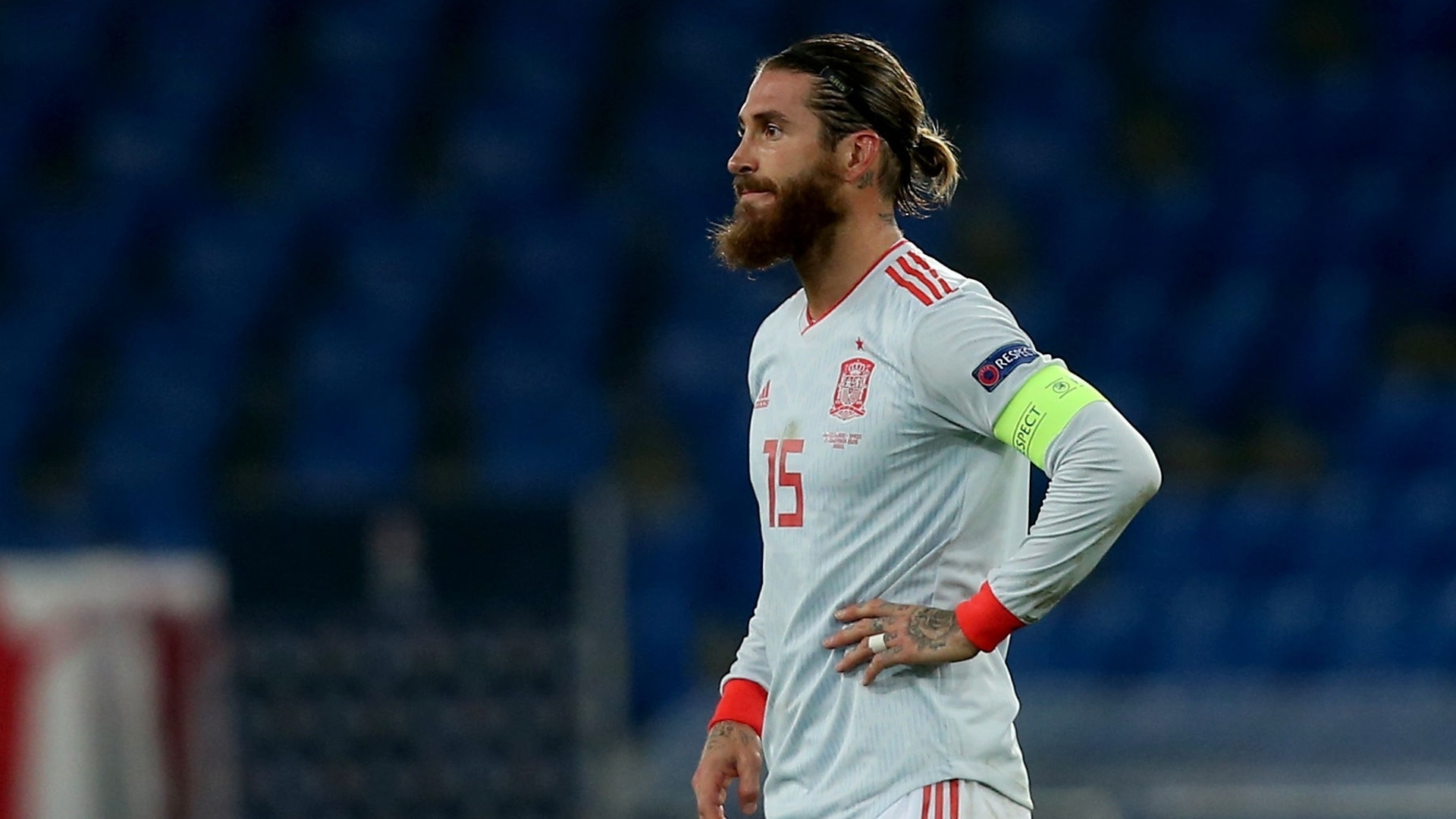 Real Madrid’s stars were on international duty once more, as the UEFA Nations League continued.

As injuries and Covid-19 positive tests continue to haunt Zinedine Zidane’s squad, it was crucial that there were no further casualties in this latest round of national team action.

Sergio Ramos made history by making his 177th appearance for Spain, becoming the leading caps holder for any player to play for European side. But during the same contest, things couldn’t have been worse for Madrid and La Roja’s captain.

First he and former Real player Sergio Reguilon were at fault for Remo Freuler’s opening goal, and then although Ramos salvaged that error with a goal-line clearance too, the events got worse for the history making defender. He missed two second half penalties, both saved by goalkeeper Yann Sommer, which put an end to a streak of 25 consecutive successful spot-kicks for Ramos. He also made some unwanted history, becoming the first man in the history to miss two penalties in one match, while on duty with the Spanish national side. In the end though, Reguilon did produce a moment to save Spain’s blushes. His fantastic cross was met by Gerard Moreno who finished ruthlessly as it ended a goal apiece.

In a game which ebbed and flowed, Varane and Presnel Kimpembe combined well to minimise the dangers of Cristiano Ronaldo and Joao Felix. Anthony Martial had the best chances for France, who could have had a first half hat-trick, but for some brilliant goalkeeping by Rui Patricio. Although, the Portuguese goalkeeper did make one fatal error in the second half, as he parried Adrien Rabiot’s effort straight to N’Golo Kante who tapped in the winner into an empty net from close range.

A night of poor results continued for Madrid’s stars, as Luka Modric played the full 90 minutes in the 2018 World Cup finalists’ defeat on the road to Sweden. Juventus youngster Dejan Kulusevski and Marcus Danielson scored first half goals to put Croatia out of sight, and despite Danielson also putting through his own net late on, there wasn’t enough from the Croats to equalise at the Friends Arena.

And in the Red Bull Arena in Leipzig, Germany had to recover from a goal down before cruising home, without Toni Kroos. Roman Yaremchuk gave the minnows a shock lead with 12 minutes on the clock, who didn’t have Andriy Lunin in goal because of his error against Poland in midweek. But a stunning equaliser from Leroy Sane were followed up by a Timo Werner brace as Die Mannschaft marched towards victory and top of the Group, one point ahead of Spain.

The mystery behind the James Rodriguez transfer