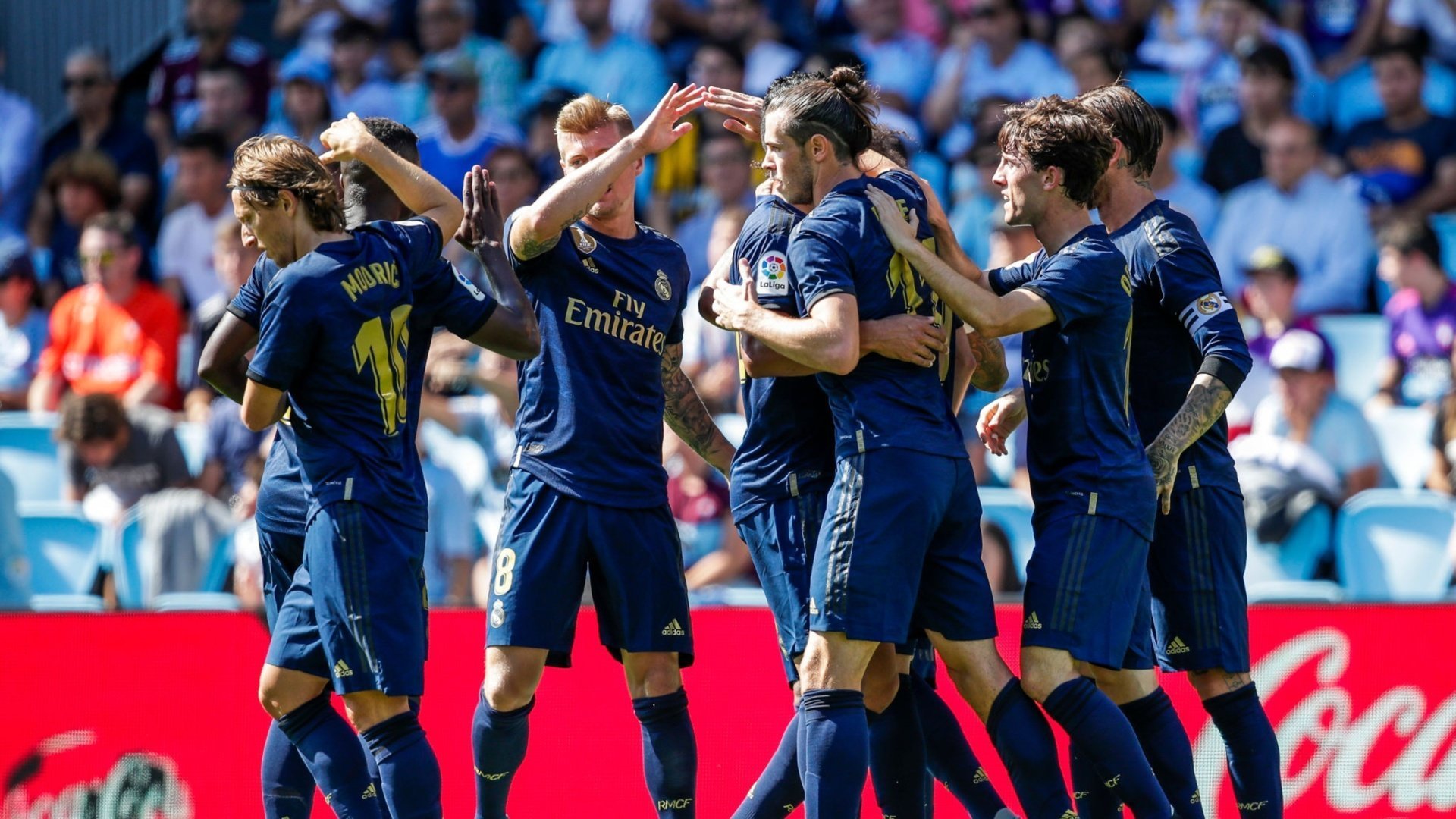 Lucas Vazquez finished a sensational move for Real Madrid which was the result of a brilliant sequence of team-play. Many are touting the goal as an example of Zidaneball, in reference of exciting managerial styles such as Sarriball of Maurizio Sarri and Emeryball of Unai Emery. We analysed the move in 10 significant frames.

2. Real Madrid kept this dual-triangle shape as Isco evades his marker. Benzema has come deep to support him while Casemiro holds onto his position and waits.

3. Marcelo and Kroos occupied the attention of three opponent players, including the one Isco had escaped. Now, Isco has space to move and Benzema starts to move temporarily away from him.

4. Real Madrid form the dual-triangle again but this time, Vazquez joins with the rest.

5. Vazquez had two options but he did not see the defender coming from the back and his pass gets intercepted.

6. Casemiro blocks the vertical pass in it’s tracks. He gets the reward for holding the position.

7. Marcelo and Isco combined in a great one-touch transition to allow Marcelo to move further forward.

9. Benzema makes a premeditated turn to evade the tackle. Vazquez has acres of space on the right.

10. Lucas Vazquez completes the beautiful move to go 3-0 up.