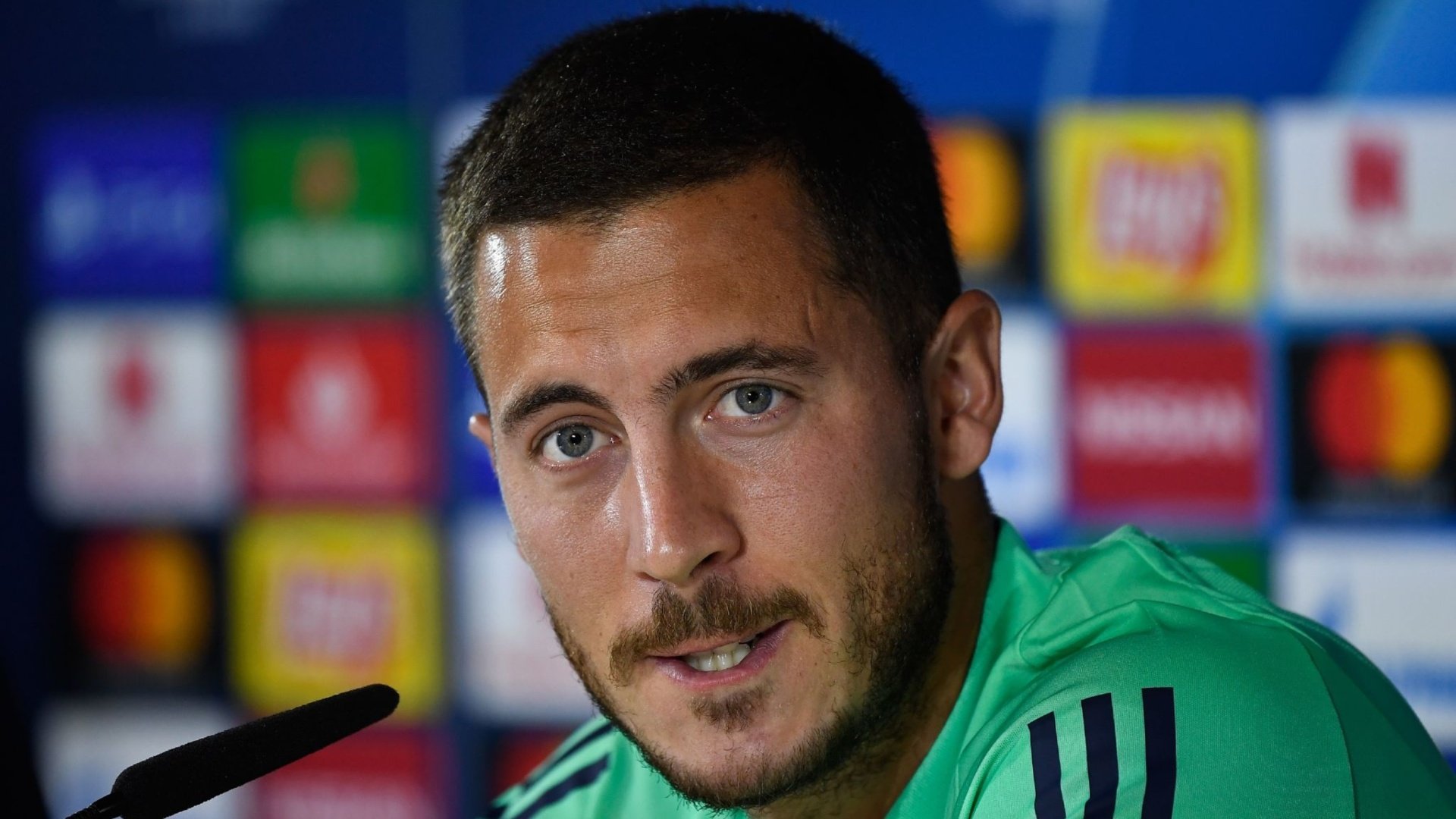 Eden Hazard appeared in the press room after training at Real Madrid City ahead of Zinedine Zidane’s press conference to preview the Champions League group stage meeting with Club Brugge, which takes place on Wednesday evening at the Santiago Bernabéu (18:55 CET). The Belgian is aware that a lot more is expected from him, but he is determined to show his best and start making the difference.

“It’s my debut in the Champions League at the Bernabéu and I’m hoping for lots of goals and a big win. It won’t be an easy match, it will be difficult, but after losing in Paris we have to win tomorrow. We will do our best to win the match.

“I honestly feel good. It’s true that people expect a lot from me, I also expect a lot from me. I can do better. In training, in matches there will always be criticism. It’s normal, I’m also critical of myself but working every day we will do big things this year. We have a great squad. Not everything is perfect right now, but we are already top of in the league. Right now, I feel one hundred percent and I hope to do my best in the coming matches.”

“I know that people expect a lot from me, and I have to demonstrate my level on the field of play. People have seen everything I did in France, Belgium and Chelsea and now I have to prove my level and improve every day so that fans are proud of me.

“I’m no longer injured, and I’m fully recovered. Now I just need to score goals and be decisive, which is what everyone expects from me, and when I start to score and put together a run of big games everything will be much easier. Only one goal or one assist will get me going.”

“The coach tells me to try more, to do what I know how to do. It’s me who has to be at one hundred percent on the field, step forward and make a difference. And once that starts I will influence games more and in football it’s a matter of confidence.”

“As I said in my presentation, I’m not yet a galactico. I have to be the one to prove that I can become one. We know very well the last number 7 at this club and I have to be the first to prove that I can be the best in the world. Enjoy myself on the pitch, give everything in training and matches. I don’t doubt my abilities or my technique, and the more I gain confidence, everything will be better.”

WIN THE LEAGUE OR CHAMPIONS LEAGUE?

“Brugge are a great team, first in their league and doing a great job. They have quality players. Having Mignolet is a great reference. They are going to try to win the match. Don’t think that it will be an easy match because it’s a Belgian team. We have to think about ourselves and if we give one hundred percent we will win but we have to prove it.”

“I was with Willian for 6-7 years and now I’ve only been here three months with them and when we play together I feel good with them. I feel a bit Brazilian because I’m quite technical. We get along very well both on and off the field. We feel very comfortable and we look for each other quite a lot. We have to be the ones who give everything to make the most of the game.”

“We all learn when we are players and the coach is Zidane. We learn a lot from him, but all my coaches have taught me things during my career. Now I speak with Zidane in French and it helps me a lot. As for the criticisms, I think it’s normal, it doesn’t affect me and I have never noticed them. I know when I work well and give my best. People expect me to score three goals in every game but you have to have a little patience. In any case, I have to be the one who is going to give everything in training and matches, as I have done throughout my career, to demonstrate the level and the goals will come.”

“After the Paris match, we were disappointed because it was the first match in the Champions League Group Stage. We have a very high-quality squad and we have to think about winning the next game. We have experienced players. After a defeat we have to work to win the next one. Since that game we have not lost, winning difficult matches in LaLiga. Zidane makes rotations and calls on everyone, so we are going to try to win games together.”

“With Belgium and Chelsea I have always played wide on the left or right. With Benzema and Bale we can play in any position up top, the coach gives us a lot of freedom but we also have to defend. When we have the ball we are quite free to play. We can change position during the match.”

Back then, Madrid was a step too far for Nagelsmann