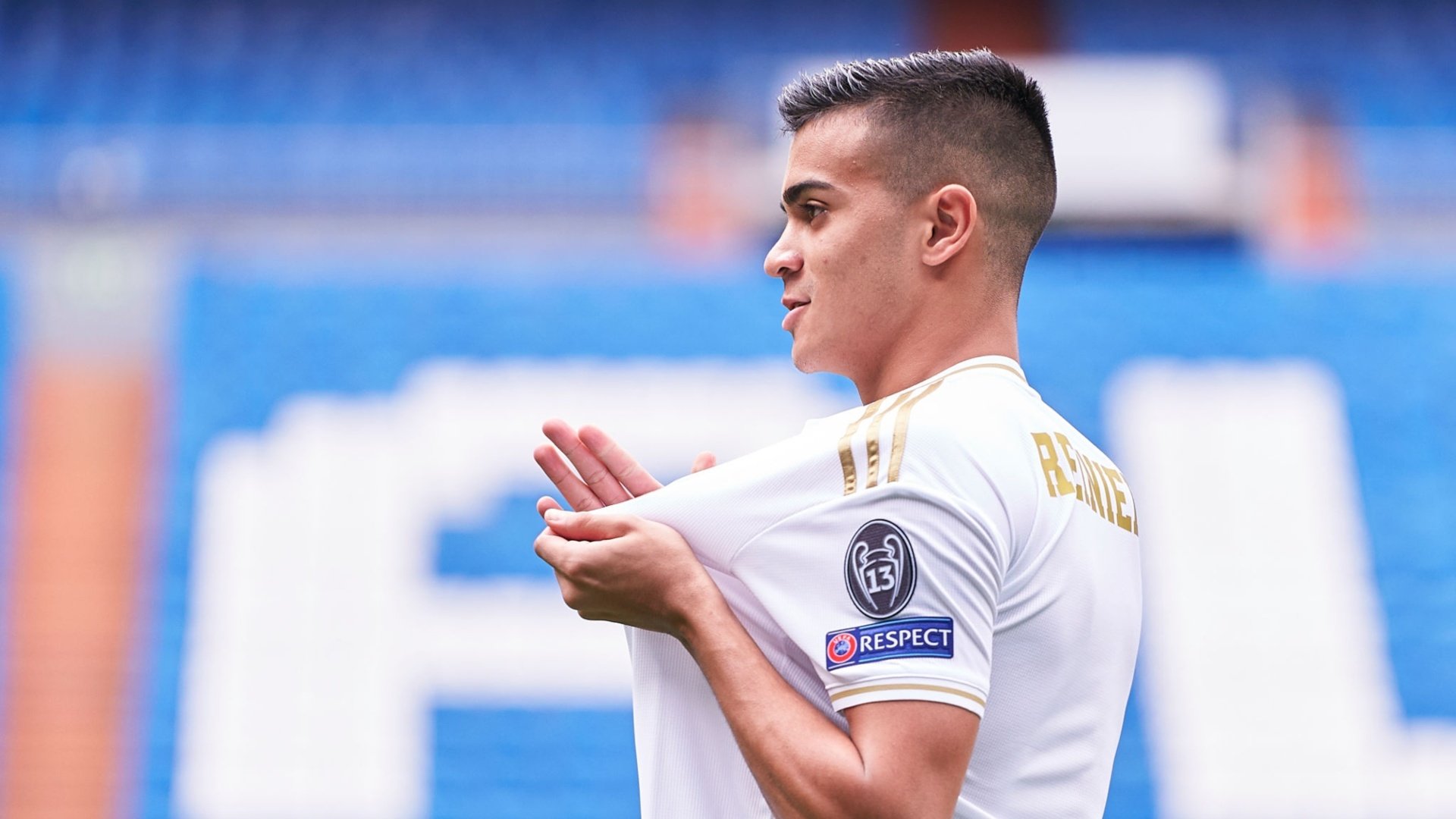 In 1985, Mauro Brasilia arrived in Madrid to play the AMF Futsal World Cup. His Brazilian team would go all the way and defend their crown, defeating Spain 3-1 in the final. 35 years on, Mauro returned to the Spanish capital, with his son, who was about to be presented in front of the world’s media at the Santiago Bernabeu, as Real Madrid’s latest signing.

If there is one word to describe Madrid’s Reinier Jesus, it would probably be ‘technical’. They knew what they had got their hands on. Florentino Perez and Zinedine Zidane echoed each-other when asked about the player and the reasons why he was signed, emphasising it was down to his “technical ability and creative talent on the ball.” But these are both traits which South Americans tend to have in spades, so what makes him different?

I suppose it’s a thing consumers of the beautiful game do, there is a tendency to liken young players to established ones, or players of the past. And so as a result, many players have already been compared to Kaka, as the heir to the legendary midfielder, but no one has yet been capable of living up to the label. It’s rarely about individual traits, usually when heir labels work out, it’s because of a combination of attributes that come together in sync, allowing the player to replicate a player of the past. And for Reinier, this might be the case. But don’t take my word for it, take the word of someone who knows both very well, this is what Guilherme Dalla Dea – Reinier’s former Brazil Under-17 coach – said long before the player moved to Real:

“I see him as a ’10’ – a Rai, a Kaka. I see these characteristics in Reinier. He likes getting in the box, scoring goals. He also scores goals from outside the box. I’ve so much belief in him. He’s a kid, a youngster, but he’s very level-headed and because of this he’s our captain. I firmly believe we’ll see him playing at a very high level overseas.”

The truth is, whether you accept it or not, Reinier has several similarities to Kaka, and he’s probably closer to the Milan version. He’s a dynamic and direct dribbler who glides past his man, and boasts incredible close control and technique. He’s an inch shorter than what Kaka was, and yet, like Kaka, for such a noticeable appearance, he moves in a nimble manner. Although his best role is as a pure number 10, he can play more advanced, or deeper as a number eight, resembling one of the most extraordinary playmakers, who happens to be Reinier’s benchmark of quality:

“Kaka is my idol, I have always followed him, more through videos that my father showed me. I see some similarities, I am inspired by him. His height, his sprints, I am very happy with these comparisons. I always try to give passes, make beautiful plays. It’s not that I don’t like scoring goals, but I didn’t have the habit of stepping in the opposition’s area, but with Flamengo’s work, I have learned to get it more, always doing everything.”

And indeed, Jorge Jesus began shaping the raw diamond. Having watched a number of his professional matches for Flamengo, I was particularly impressed with how Reinier was involved and led transitions from midfield into attacking areas, but his versatility stood-out too. There were times when he was playing as a second striker, anywhere in the front line, and was playing with a lot of poise. For a player to make such a jump, at his age, is extraordinary, and Jesus knows:

“I believe a lot in Reinier. I had several talks with him and we spoke a lot from the point of view of how he can get better, about his defects, what needs to be corrected. Reinier is a very intelligent kid, he likes to learn and I can say he is a gifted one. I assure you, he is going to mature there. He will arrive in Madrid safe and quiet to do a job, but it is necessary to give him some time.”

How Real Madrid plan to develop the teenager and use him in the future is interesting. The club has already invested in Martin Ødegaard, who will most likely operate in similar areas to Reinier, and then there’s Takefusa Kubo. Another player who tends to cover a lot of the pitch is Federico Valverde, who in his breakthrough season has played predominantly on the right-side of the pitch when both Toni Kroos and Casemiro were playing. Though, Reinier’s Flamengo coach Jesus believes the Brazilian would struggle to play in Real’s conventional 4-3-3, meaning a slight tinkering of the set-up would be required to integrate him. It’s a problem, but it’s not a bad problem. Madrid need to ensure they find the perfect club for Reinier this summer, and allow him to develop at a team which enhances his current strengths, instead of disabling them. A two-year loan would serve the player and Madrid well, and talks of a move to Real Sociedad would be the most ideal, both stylistically and practically.

Since 2018, Real have spent €170m on four Brazilians under the age of 22. The cheapest of the group might prove to be the club’s biggest masterstroke. It’s not a matter of if he proves it, it’s a matter of when Reinier proves to the world that Madrid and Brazil have a very special player, who is here to stay.

A discussion between a Madridista and an Atalantini