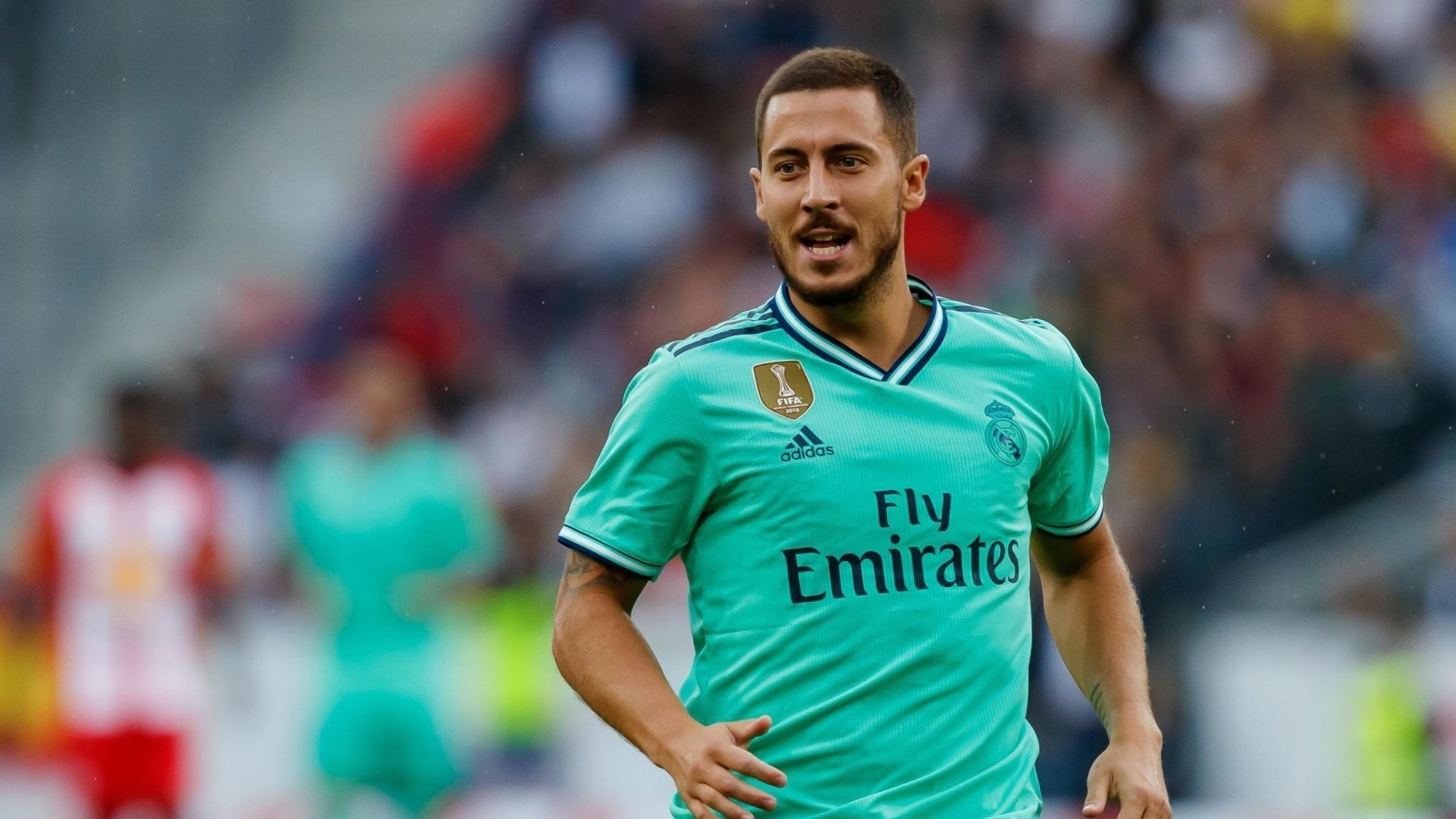 Real Madrid’s new number ‘7’ recently spoke with Corriere della Sera. The Belgian captain talked about many things which included his long desire to play under Zidane and his views on fellow countryman Romelu Lukaku, who moved to Inter Milan recently. Hazard also spoke about his former coaches including Conte, who is Lukaku’s new manager as well.

Hazard’s admiration for Zidane is nothing new. He said,

“As a child I dreamed of one day wearing Real Madrid’s shirt. When Real knock on your door you can do only one thing: open it. At Chelsea I spent unforgettable years, but here I am in seventh heaven. One of my idols, as a child, was Zinedine Zidane. I had his poster in the room and now I have the opportunity to be trained by him.”

On the matter of Lukaku’s move to Inter, Hazard said,

“He is a fantastic striker, a bomber who knows how to adapt to all the conditions of the game. He will score a lot — and this is important for a striker — but it would be a mistake to consider him just for that. He can do many things. For example, he is a specialist for creating what we call ‘second plays’. Everyone plays better with him in the team.”

Hazard was asked about his former managers — Conte and Sarri. He responded,

“I learned a lot from them both. They are different from each other in terms of character and football ideas, but they have one thing in common: they are two winners. They have a marked style, and they know which messages to give to players.”

Real Madrid’s 23-man squad for the trip to Granada

Vinicius Jr: “I’m the first person to say that you can always improve everything”