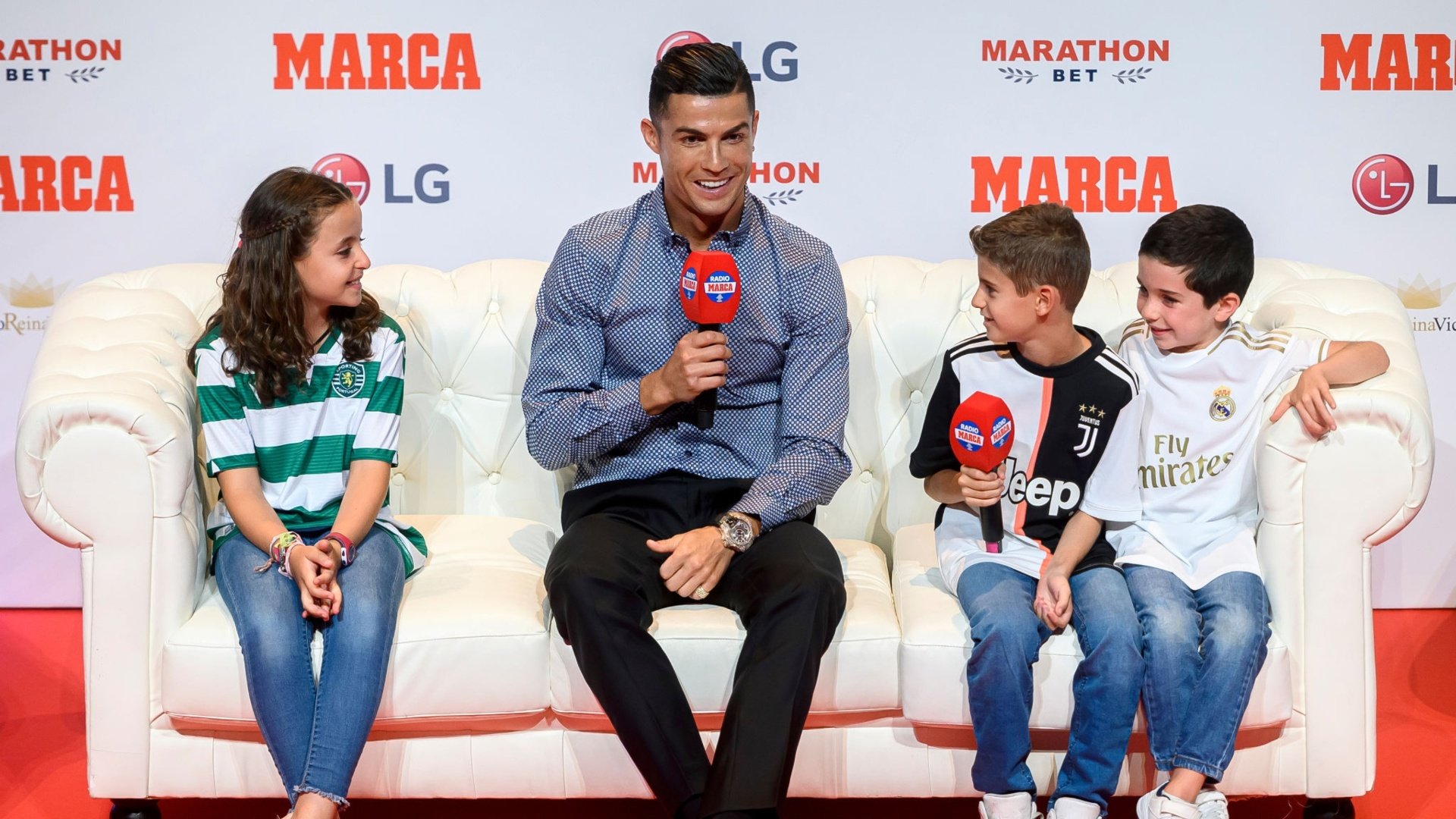 Ex-Real Madrid player Cristiano Ronaldo has, today, been awarded with the MARCA Leyenda award, which is a reward for his beyond incredible career.

The Portuguese was present in Madrid today, where he’s been given the trophy. Upon receiving the award, Ronaldo stated: “This is one of the most beautiful cities in the world. I travel a lot, but I haven’t seen many cities like Madrid. I hope to return to Madrid as soon as possible because this is a city I love.”

Ronaldo then was interviewed by five kids with each of them wearing one kit for each team Cristiano has played for.

“Do you miss Manchester or Madrid more?” Gonzalo asked, who wore the Manchester United jersey.

“I miss both of them, but more of my life-changing events came in Madrid and I lived here longer, my children were born here and I met my girl, so I miss Madrid more. It wasn’t easy to leave Real Madrid after nine years.” Ronaldo responded.

Up next was Jorge, who wore a Real Madrid jersey with the number 7 on the back and said “It made me sad that you left Real Madrid.”

“Me too,” Cristiano answered as he laughed and touched the kid’s hand.