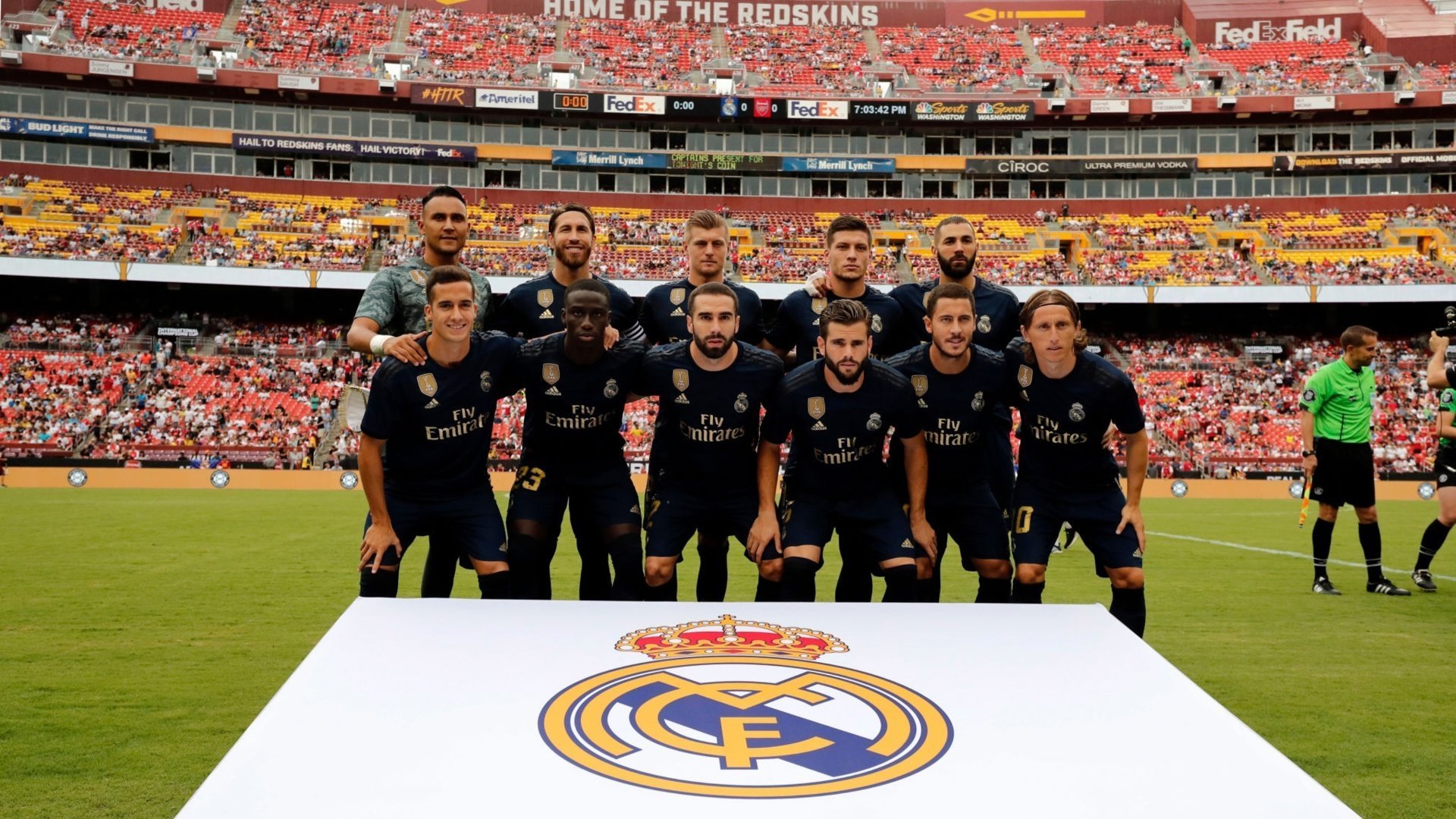 Real Madrid manager Zinedine Zidane has made five changes to his starting line-up to face Atlético Madrid, from the one that played against Arsenal on Tuesday. Tonight’s Madrid derby against Diego Simeone’s side will be our third and final International Champions Cup and is played at the MetLife stadium in New Jersey (02:00 CEST; 20:00 local time).

In between the sticks for the Whites, Thibaut Courtois comes in to replace Keylor Navas. In front of the Belgian, Zidane made two changes to his back four with Alvaro Odriozola and Marcelo replacing Dani Carvajal and Ferland Mendy at right-back and left-back respectively, while Nacho and Sergio Ramos keep their places in the middle of the defence.

In midfield, Zidane has selected Toni Kroos and Luka Modric from the off, changing his formation from a 4-4-2 to a 4-3-3, with Isco coming in to operate in a three-men midfield.

The Boss has opted for a frontline of Vinicius Jr, who comes in to replace Lucas Vázquez, while Eden Hazard is deployed on the opposite flank. Luka Jović is the final man to make up the starting XI. Benzema has been dropped to the bench.

📝 Here it is – our starting line-up to take on @Atleti in our final #ICC2019 match! #RMTOUR 🇺🇸 pic.twitter.com/qrr5TVFVHZ

Here’s how our opponents will line up: