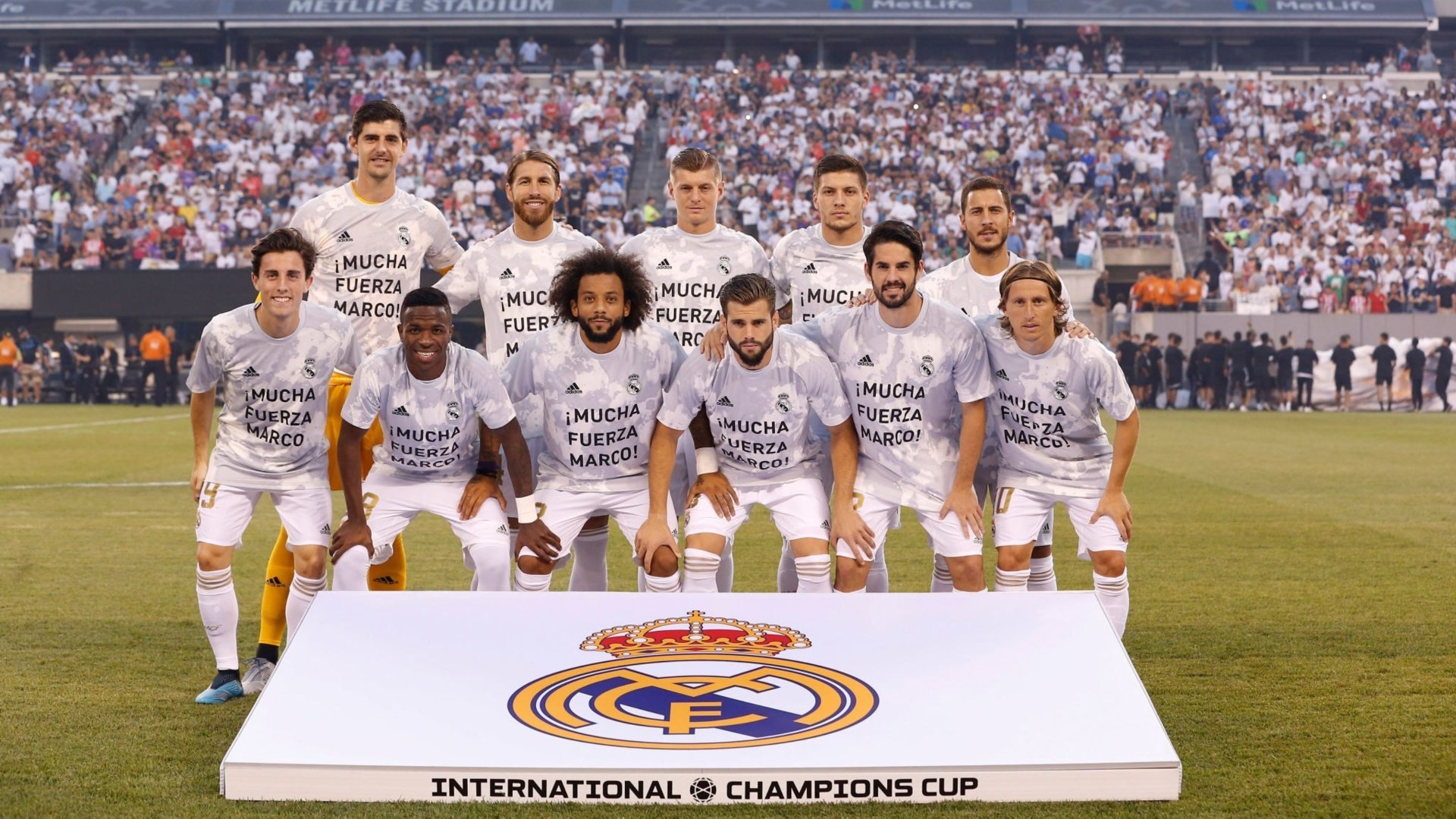 Rodrygo Goes earns his first start as a Real Madrid player against Tottenham in the Audi Cup 2019 semi-final at the Allianz Arena. Keylor Navas returns under the post as Thibaut Courtois is injured. Zidane has opted for his best defensive template with Raphael Varane making a comeback to the starting line up in place of Nacho Fernandez.

The inclusion of Lucas Vazquez in the XI means that Real Madrid will engage in a wide scheme. Eden Hazard is expected to have a free role as Rodrygo and Vazquez are expected to occupy the flanks. The Brazillian starlet has expressed his comfort in the middle of the pitch as well. Kroos and Modric keep their places in the center as Isco misses out this time.

It seems to be a flat 4-4-2 from the outset but it can easily mold into a double pivot 4-2-3-1 where Hazard and Rodrygo can exchange roles while Benzema is the sole striker up front.