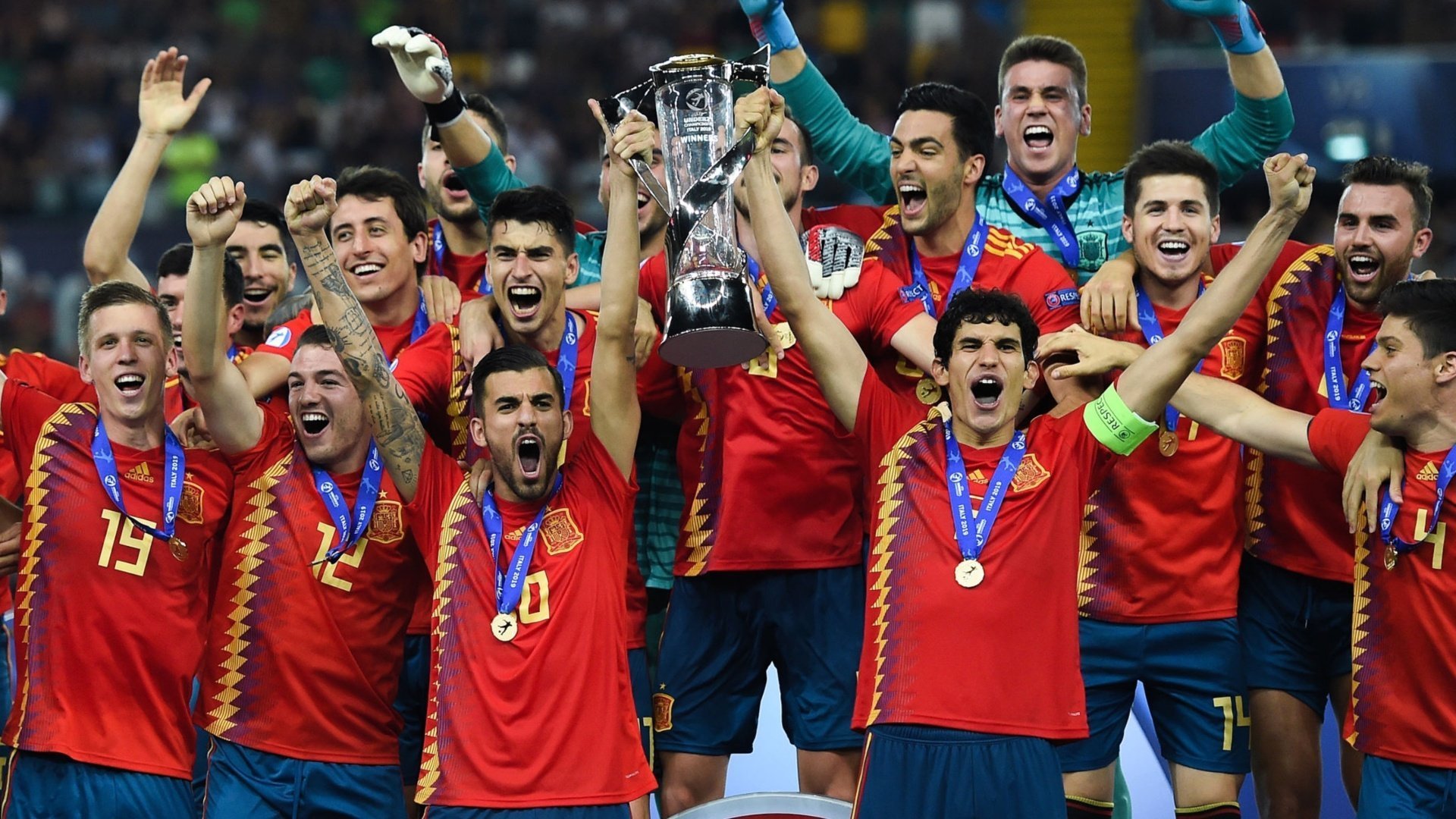 Spain have been crowned U-21 Euro champions for the fifth time after beating holders Germany 2-1 in the final at the Stadio Friuli in Udine.

The two Madridistas, Dani Ceballos and Jesus Vallejo were both starters and played the whole 90 minutes.

La Rojita dominated from the start and opened the scoring in sensational fashion through Fabián Ruiz, who curled home from distance inside seven minutes. Luis de la Fuente’s side remained in control as the half progressed. After the break, Germany found their feet and pushed for an equaliser with Nadiem Amiri, who tested Antonio Sivera with a swerving shot which the Spanish keeper parried away.

However, Spain then doubled their lead on the counter against the run of play. Fabián Ruiz fired in a low strike from outside the penalty area which Alexander Nübel had failed to hold, spilling it into the path of Dani Olmo, who calmly dinked in the rebound over the German goalkeeper to settle the nerves.

They could have increased their lead as Fabián Ruiz was yet again in the centre of Spain’s attack, with his effort going just wide of the far post following a scintillating one-two play with Borja Mayoral, before Carlos Soler hit the crossbar.

Germany pulled one back and made it a nervy finish when Nadiem Amiri’s long-range strike hit Vallejo’s head and flew into the net past Sivera in the 88th minute. Spain held on and saw the game out to claim the title.

Dani Ceballos was named Player of the Tournament in the 2017 U-21 Euros, and the midfielder was impressive yet again, being a key figure and ending this summer’s tournament with 2 goals, 2 assists, most take-ons completed (19), most fouls won (18) and most chances created (14).

The two sides had met exactly two years ago in the 2017 U-21 Euro final, which Germany won 1-0 — but it was revenge for Spain in Udine this time. Vallejo was part of that team who suffered defeat 2 years ago, but now captained La Rojita and came out on top.

Zidane: “Bale can be a decisive player and I’m counting on him”