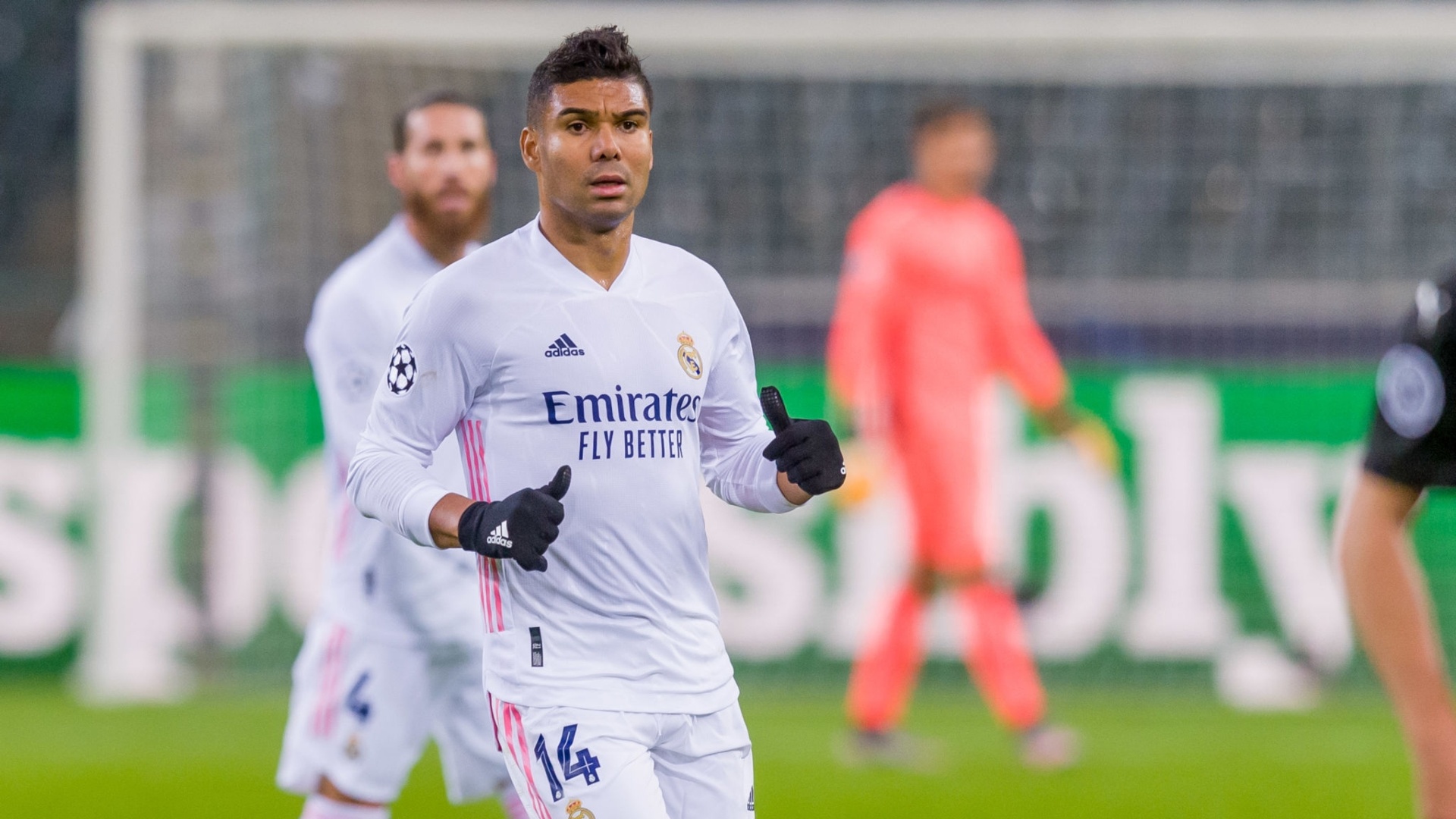 It’s clear Real Madrid are an entirely different team with Casemiro on the pitch.

The pivotal defensive midfielder is likely to return to the starting XI for Real’s crucial UEFA Champions League clash against Inter Milan tomorrow at 21:00 CET, having recovered from Covid-19 and has now returned to full training.

And ahead of the clash, Casemiro sat down with UEFA Media to answer an array of questions:

How important was the win over Inter Milan?
“We knew it wasn’t going to be an easy game but mentally we were very strong and focused on winning. And Rodrygo sealed it with a goal. The mental effort and the focus that we had throughout the game was very important. We’re aware that there’s still a long way to go, but that win was very important. We want to top the group, there’s still a chance and it’s up to us. We’ve already put in a great performance against Inter, so we can only improve in this competition. We know that it’s a difficult group. Shakhtar have some very good Brazilian players. Borussia have been doing very well in Germany, with a coach who has very strong ideas. And Inter are a great team, with a strong tradition and a coach who is has a very clear vision of the game.”

The captain, Sergio Ramos, scored his 100th goal for Real Madrid in that match. What is it like to play with him?
“Sergio is a leader in the dressing room and out on the pitch. It’s a pleasure to have played with him all these years. He is currently writing his name in the club’s history books. He never gives up, always wants to fight and always wants to win. He pushes the team on, he’s a leader and a role model for us. The other day he scored his 100th goal for Real Madrid and congratulations are in order, but for those of us who are with him every day it’s no surprise given his journey, how hard he works, how much he looks after himself and the person he is. Scoring so many important goals in big moments says everything. He’s a big personality. He’s 34 years of age and still wants to improve, learn and work hard.”

What’s it like playing behind closed doors?
“It’s really strange, especially because you miss the fans, which is the beautiful thing about football. But I’m sure that Real Madrid fans are watching their team and supporting them from home. We know that the situation doesn’t look good for the fans to return to the stadiums and it has to happen gradually because the COVID-19 situation is complex and we have to look after ourselves. It’s sad, but we understand that football, unfortunately, is played that way for the time being. We have adapted a bit, but if we could choose, of course, we would want the fans back in, it’s very important to us.”

There is no doubt that with a coach like Zidane you learn a lot every day. He was a top-level footballer and I imagine that, as a child, you saw him play. Is your relationship with him that strong?
“It’s very easy to talk about Zidane. As a player, he was always my idol, because he played in midfield. His qualities are different to mine, but I appreciate his style. And as a coach we don’t realise what Zidane has really done and what he is doing for the good of Real Madrid. Very few coaches have been able to achieve what he has so far, especially his achievements in the Champions League. And we mustn’t forget that we won the League and the Spanish Super Cup again last season. I have to enjoy these moments with him and learn every day. His achievements as a player and as a coach will be remembered in 20 or 30 years because what he is doing now will stand the test of time. This will be brought up when the history of Real Madrid is spoken about.”

All the big clubs now have a defensive midfielder and this position has evolved over the years. Do you think the position is crucial?
“I always say that a footballer, whatever his age, is going to learn something new every day, even if it’s just a small detail. The role of defensive midfielder was quite common in the past, especially in Brazil. We had a lot of those players, like Mauro Silva, Gilberto Silva, Dunga… They were comfortable playing that role, ‘the number 5’, as we say in Brazil. Later, that disapeared, but it’s coming back because the formation itself has changed. Today we’ve gone back to the old formation with the full-backs playing very high and then coming back. The defensive midfielder naturally plays a vital role in this because he provides balance, he has to be aware of the other players and fill in any gaps they may leave. The defensive midfielder is at the centre of everything and the midfield is fundamental for a team.”

You won three Champions League titles in a row. How does it feel when the coach tells you that you will be in the starting eleven for the final?
“It is indescribable. You have to experience it to know how it feels to play in a Champions final and even more so with Real Madrid. You have to experience it because it’s so special, so exciting, you get surprised by all sorts of things. The unwavering desire to win, the fans… You have difficulty eating because your nerves take over your stomach. It’s the Champions League and you’re playing for Real Madrid. For me it’s a dream come true to have won so many European Cups.”

In the final against Juventus you scored to make it 2-1. How does it feel to score in a Champions League final?
“I swear that I never imagined I would play in a Champions League final, let alone score. I enjoy doing the dirty work and not being in the limelight because that’s who I am as a person. I never imagined that I would score in a final and when I did it against Juventus I didn’t know what to do. I started to run, extended my arms and slid down on my knees. But, honestly, I didn’t know what I was doing. When my team-mates came to embrace me I just looked up to heaven thanking God that I was living a dream.

You don’t score a lot of goals, but the ones you do are very important for Real Madrid.
“I don’t like to stand out. All players want to score, but if I have to do the dirty work and Benzema, Vinicius Jr. or Hazard score, I’d be very happy for them. Even Sergio Ramos has this ability, which amazes me every day and every game, to turn up in finals and improve. My goal is to do that dirty work well. To take the ball away from a player in a dangerous play. That’s what I enjoy doing and like to do that out on the field.”

At what point do Real Madrid give up on Asensio?