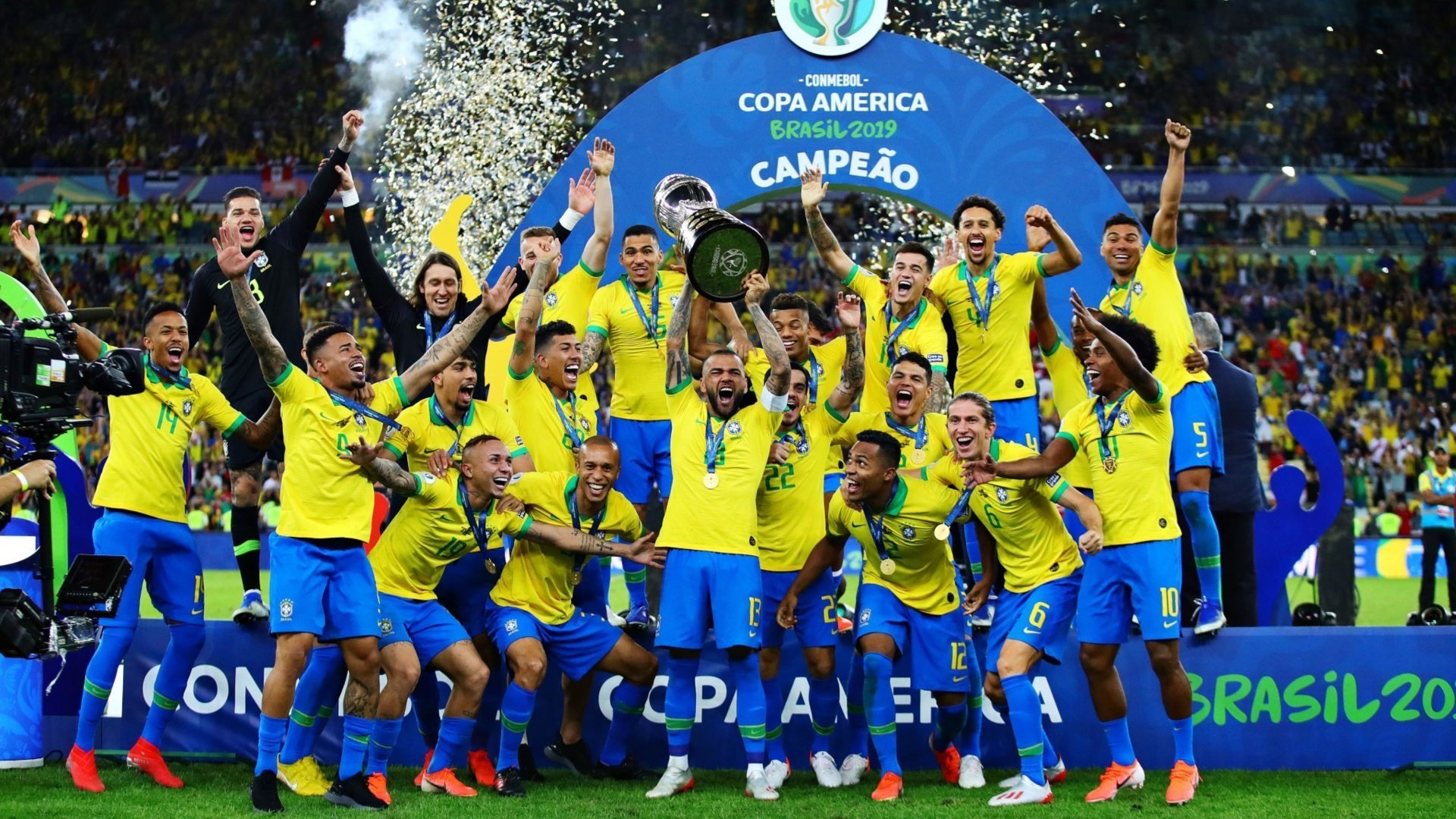 They’ve done it! Casemiro and Eder Militão were crowned Copa America champions on Sunday night after Brazil beat Peru 3-1 in the final at the Maracanã stadium, ending their 12-year trophy drought.

Casemiro, who scored his only goal of the tournament against the same opposition in the group stages, completed the whole 90 minutes. Militão came on at the 77th minute to help his team see the game out following Gabriel Jesus’ red card.

Brazil head coach Tite named an unchanged starting eleven from the semi-final win over Argentina. Although Peru started better and saw plenty of possession in the early stages, the hosts broke the deadlock with their first dangerous approach. Gabriel Jesus skipped past two defenders and picked out the unmarked Everton at the far post, who slammed a first-time finish into the net from close range in the 15th minute.

Peru equalised a minute before half-time after Guerrero converted a penalty following Thiago Silva’s handball. It was the first goal Brazil had conceded this tournament, but Gabriel Jesus took centre stage once again and restored the lead just moments later with a lovely finish inside the box to bring an end to an eventful first half and put the home side 2-1 up at the break.

Jesus’ night took a turn for the worse as he was sent off for a second yellow card in the 70th minute. Peru couldn’t make their advantage count and their hopes died when substitute Richarlison scored from the spot and made it 3-1 to ensure Brazil are South American champions.

The final whistle sparked jubilant scenes at the Maracanã as it was Brazil’s first major title since they won the Copa America in 2007. They also maintained a record of having lifted the trophy on all four occasions they were host nation.

Hazard is eager to impress everyone