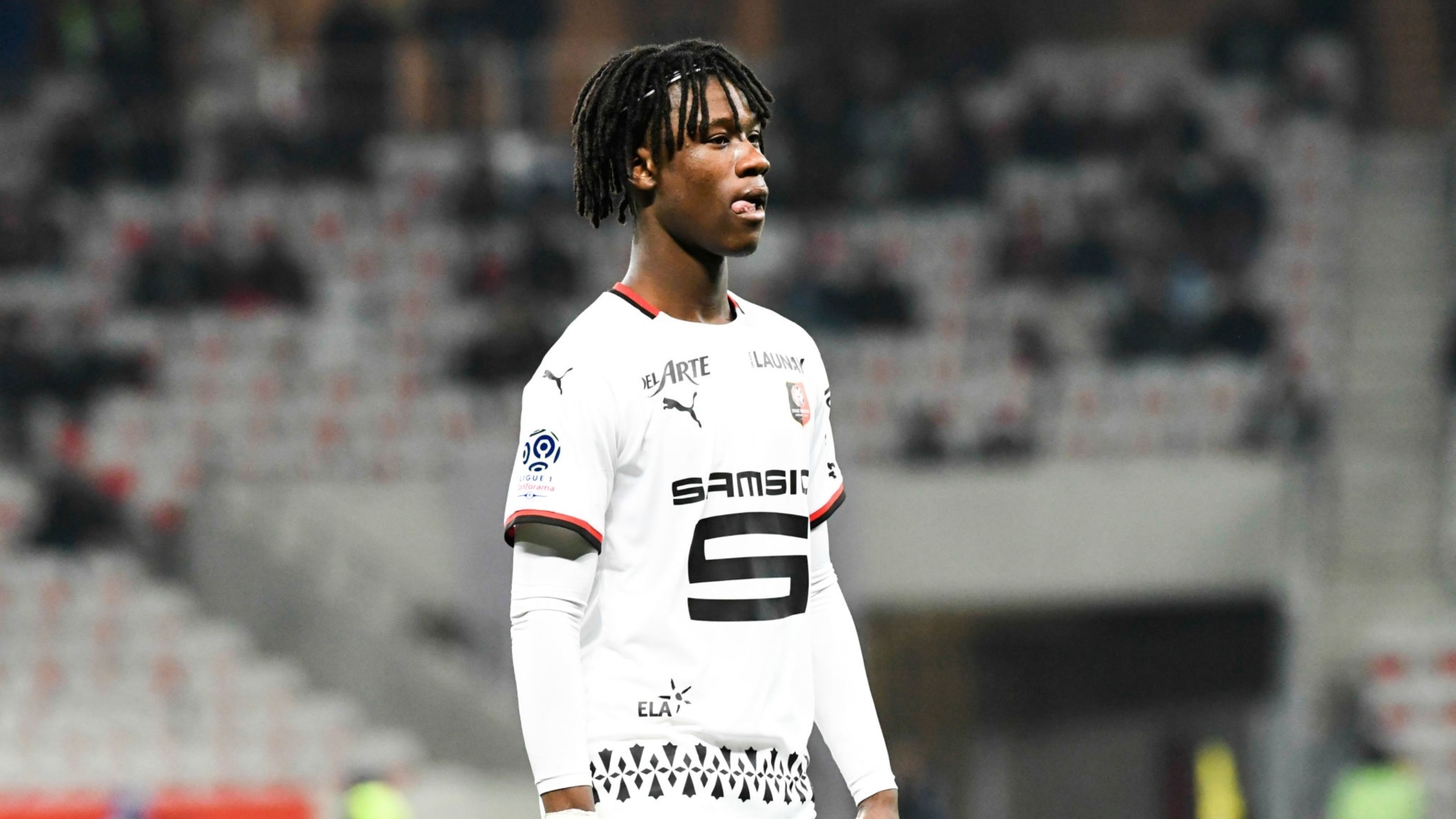 Rennes midfielder Eduardo Camavinga has reportedly communicated to the Ligue 1 club to ignore any offers for his services this year, as he intends to wait for Real Madrid.

Camavinga has interest from Bayern Munich and Paris Saint Germain too, but MARCA have today reported that he has his sights firmly set on a move to Madrid, who are yet to make an official approach for the 17-year old. The Spanish champions plan on submitting an offer next summer, when they hope to be more comfortable financially than they are during the current transfer window.

The teenager’s popularity increased after his scintillating man of the match showcase against Paris Saint Germain back in August 2019, when he was only 16! But Madrid ahve been known admirers of him long before that game, and have appeared to be in pole position to land the Frenchman when he decides to leave Roazhon Park.

His contract expires in 2022, and Madrid are expected to wait until next summer before pouncing. They’ll also be hoping Camavinga voices his wishes to leave Rennes for the Santiago Bernabeu this time next year, to make negotiations smoother.

It’s an approach similar to that of the planned signing of Kylian Mbappe – so, could Madrid have two French superstars on their books ahead of the 2021-22 season?