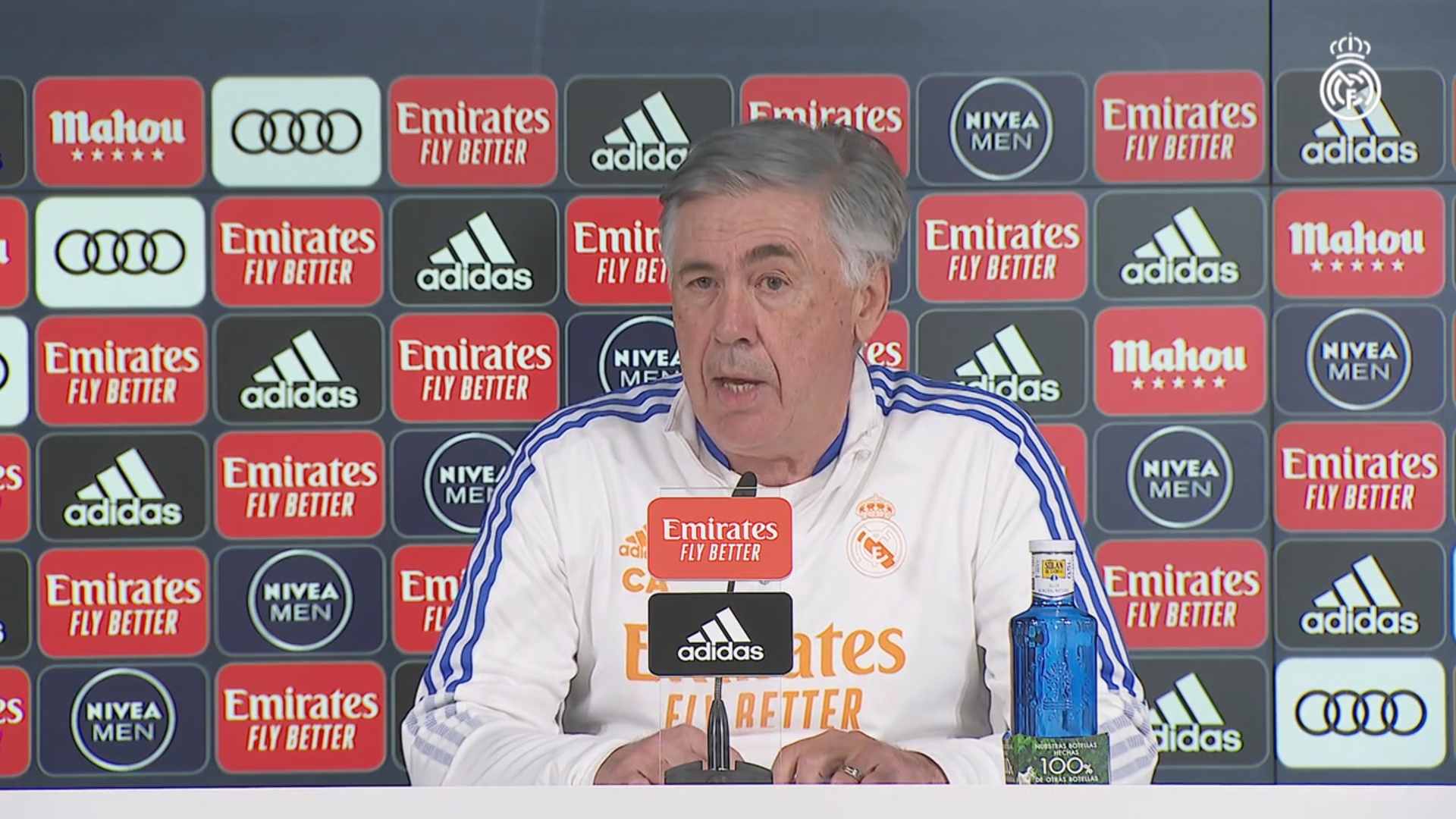 Carlo Ancelotti faced the media on Friday afternoon via a videoconference to preview Real Madrid’s next match against Valencia, taking place tomorrow night at the Santiago Bernabéu (21:00 CET).

The boss was asked about Valencia’s style of play, his thoughts on the recent Copa del Rey draw, Hazard & more.

“I’m expecting a game against a team that’s having a good season, is very organised, and we have to get back to playing how we were before the Christmas break. The team is in pretty good shape and we’ve got a few players back who were out with niggles. We’re focused on winning the game and taking three points.”

“There are lots of things to assess in terms of the fouls. The amount of possession you have. Each team has their own style. It’s a single statistic and it doesn’t mean much. Valencia defend very well, with real intensity. It’s normal in football. When we’re defending, we need to bring intensity to our duels too, it’s to be expected.”

“We can’t take it easy. The Copa del Rey is important for every team and everyone is excited about this competition. It’s a game we’ll have to prepare for properly and it’s tougher because we’re away from home. There’s no such thing as a good or bad draw. It’s a crucial competition for us and for everyone else.”

“He’s got his role in this team, at times he’s more important. He’s a player I trust deeply because he has such quality. I don’t expect anything more of him, he’s doing just fine. It’s part of the competition which exists at Real Madrid. Modric, Casemiro and Kroos have had more time but I’m pleased with all the guys who have played less. They’ve done their job whenever they have been called upon.”

“I got pretty angry over the last couple of games. I have the utmost respect for referees and the level is good. Perhaps coaches get things wrong from the bench at times too.”

“What he’s missing is getting back to playing with the same confidence he used to show. He’s getting closer to his best and I hope we can see that on the pitch again soon.”

New Season: 3 Things to be excited for