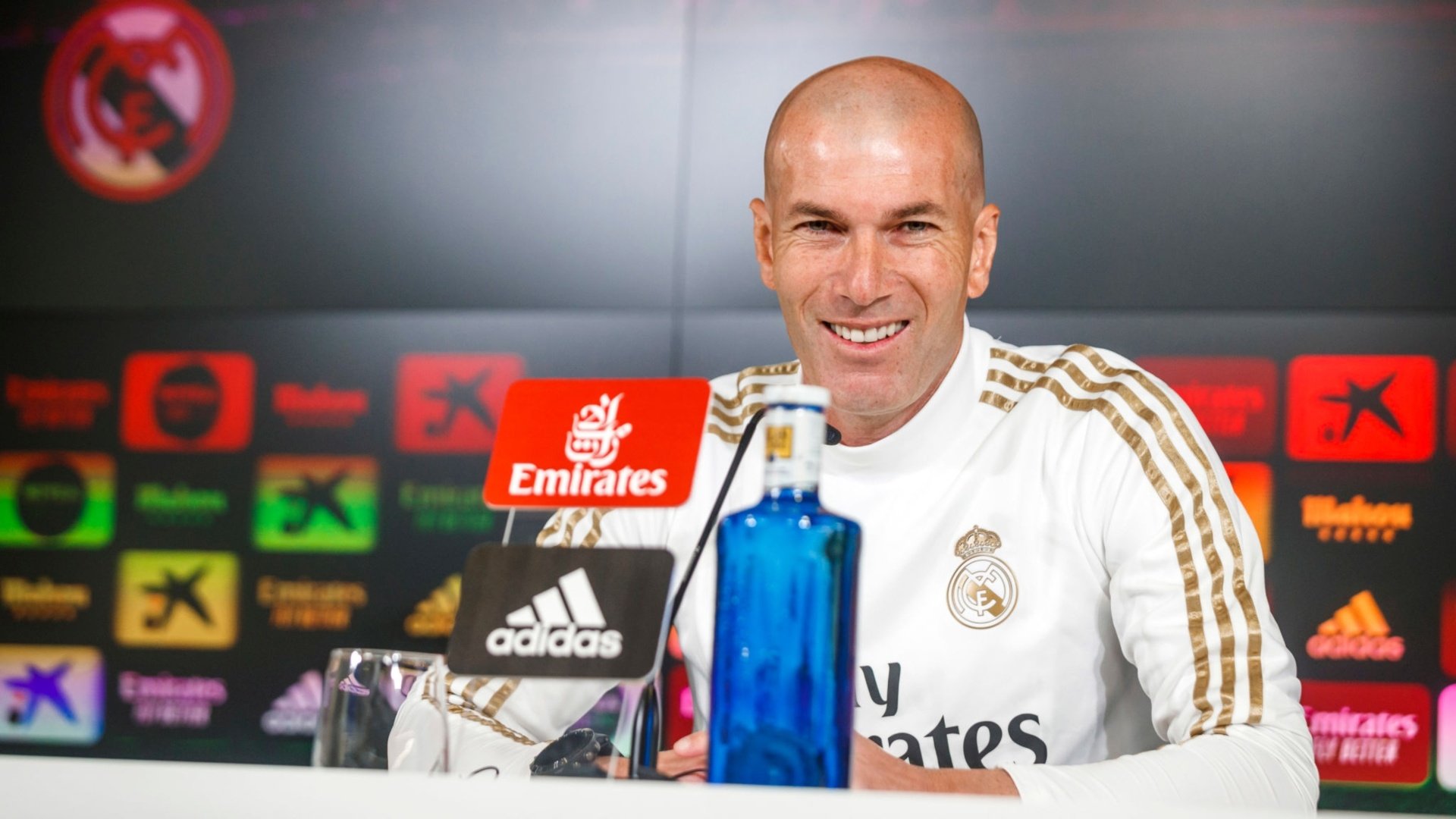 Zinedine Zidane faced a host of questions on Friday as he faced the media ahead of tomorrow’s Madrid derby against Atlético. Our head coach discussed our rivals, Hazard and Bale’s availability and more.

“It’s a special game because it’s a derby, and we like playing here with them. They always try to support us in every game. We want the fans behind us and that’s how it’s going to be tomorrow. All 25 players are focused and that’s what’s important. We didn’t watch the pre-season match nor the Super Cup match. Tomorrow is a different match for both teams. We cant compare it with any other game. We want to win every game and the fact that we haven’t beaten Atlético at the Bernabéu in the LaLiga since 2012 means we have the chance to change this. Away we have beaten them.”

“I can stress the hard work and confidence, believing in what we’re doing. The word is work, that’s what you get good things from. Tomorrow we have to prove again what we are doing right. Nothing more. We are working very well and I have a very good squad. I’m sure we’ll have some tough games, but the key is everyone’s hard work. The first thing is to defend well and then with our quality we can do good things in attack. We have to prove it every three days. That’s what’s difficult.”

“I have 25 players and they’re all in very good shape and then I have to choose who plays. The good thing about our team is that they are all involved and the ones who play in the match try to do well and give everything on the pitch. That for me is the most important thing. I can only choose 18 and some of them will miss out and stay at home. That’s the hard part for the coach. The important thing is that everyone is focused and ready. I’m not going to tell you who’s going to play tomorrow. The players have to be ready and everyone is ready. I’ve got the best and they’re all important. There are a lot of games and the good thing is that the players know that.”

IS THIS THE BEST TEAM YOU’VE EVER COACHED?

“When I played at Real Madrid they asked me the same thing. The important thing is that here it has always been like that and Real Madrid has always had the best players. Every period is different.”

“I’ve known him for a long time because I watch the French League. He’s very hungry for competition and has a lot of quality. He likes to compete, he likes duels and he is showing it. He has just arrived and he knows that little by little he is soaking in what Real Madrid is. He wants to learn and improve and has adapted quickly. I always tell him that he has to improve his Spanish.”

“He’s joining in slowly with us. The good thing is that everyone wants to be involved and that’s the most important thing. We’re never going to take chances with a player.”

“He’s with us and I’m going to count on him. I don’t contemplate the possibility of his departure. We’re all here to play tomorrow and he has to be ready.”

“I have a squad and I’m going to count on the people who are here until the end.”

“I don’t understand them, but it’s not up to us. Everyone knows their own situation and I know that Cholo is one of the best coaches. I recently said that for me the best is Guardiola. He has always shown that and it doesn’t change anything I think of him. We all know what the coach’s situation is, especially at big teams.”

Rodrygo: “I’m speechless, I’ve been dreaming of this moment”

Zidane on the victory over Alavés: “You sleep better after a win”

LaLiga 2019/20 fixture release date – Everything you need to know